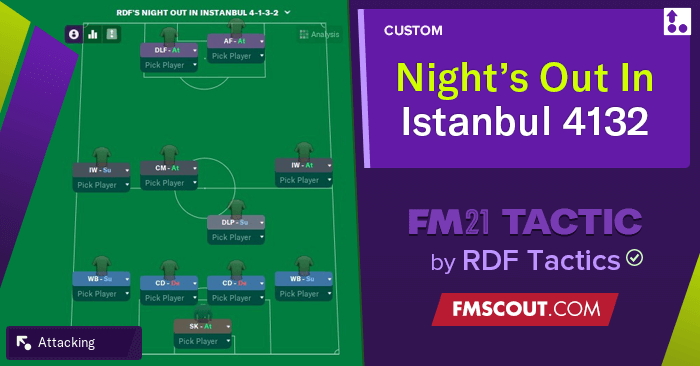 There isn't one really. I woke up and decided to try my luck in Turkey, to dominate the league and attempt to bring excitement to Istanbul with my tactical theory. ATTACK! Attack with freedom, bravery and skill. 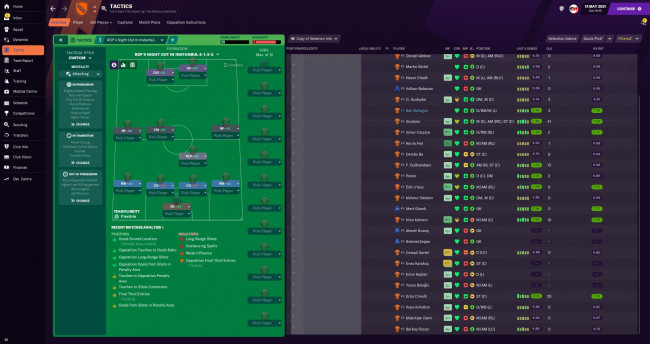 WATCH THIS VIDEO FOR TACTIC TEST AND ANALYSIS


This originally started out a little different, same formation but slightly different roles. The idea was the same, to attack and be brave but originally I had planned to create and overlap in central midfield by having the deeper CM (DM) on an attack duty so he gets further forward whilst his partner position slightly ahead of him had the instruction to hold his position. That was my attempt to create an overlap in central midfield but not being happy with the results, I decided to tweak things in Istanbul.

During early stages of pre-season, I had notice that this shape preferred me to play the more attacking minded central midfield in the CM position (instead of the DM position) and have a player beside him (LM) support and cut inside. This then started to create an effective overload slightly to the left of the pitch. With the LM and CM positioning themselves fairly close to each other, this then allowed my Wing-Back on the left to have the flank almost completely to himself and this became a more dangerous way to attack.

The right side isn't too different, this time we have used the RM on an attacking duty with the DM holding his shape. This allowed the RM to own the space, covered by the DM with the RB overlapping constantly.

Up top we have two attacking players looking to pin the opponents defence back deep and this allows out movements in midfield more space to work their magic. Though both strikers like to pin the defence back but getting forward and running into their channels, we have a DLF who also likes to come deep and he is key to connecting the midfield and the forward line.

How can the opponents possibly defend against this? Simply play us at our own game. Teams that try to sit and defend against us come up against hundreds of problems but teams who are maybe slightly better than us may find joy in our wider areas if we end up losing the ball on attacks due to the full backs positioning themselves higher and wingers coming in central. 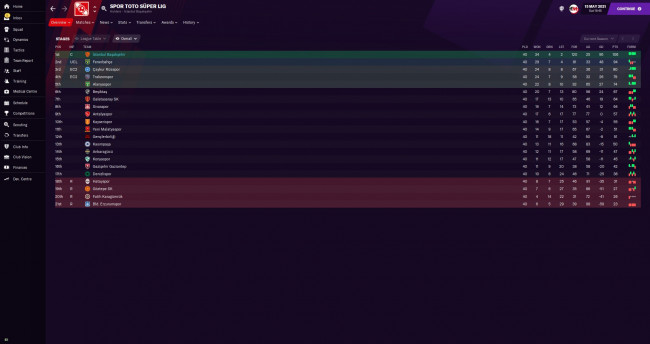 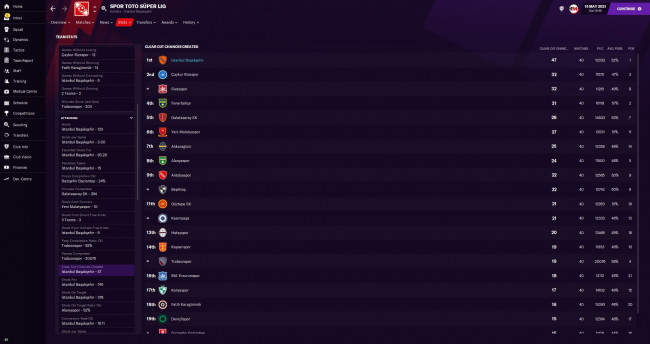 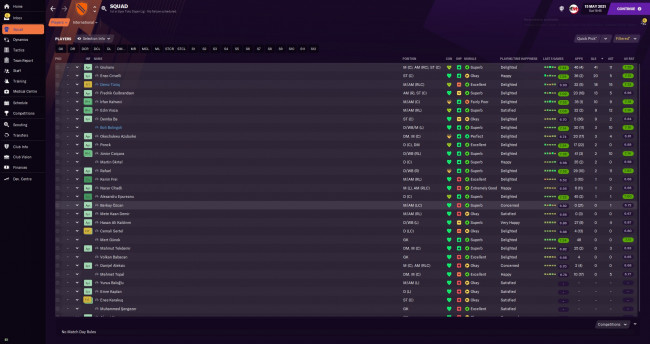 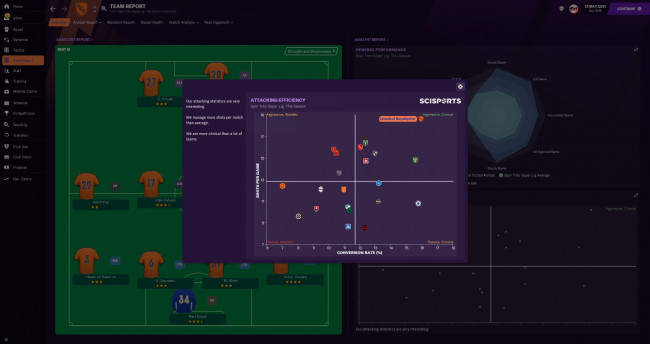 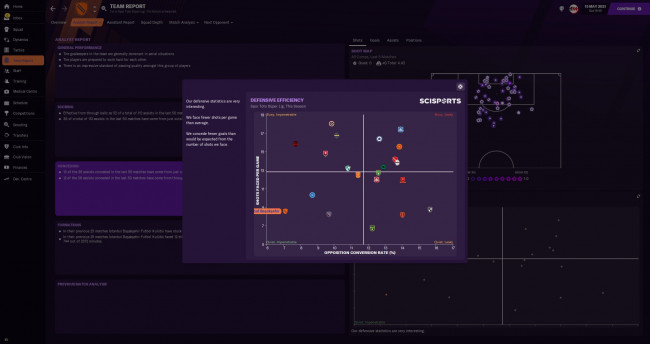