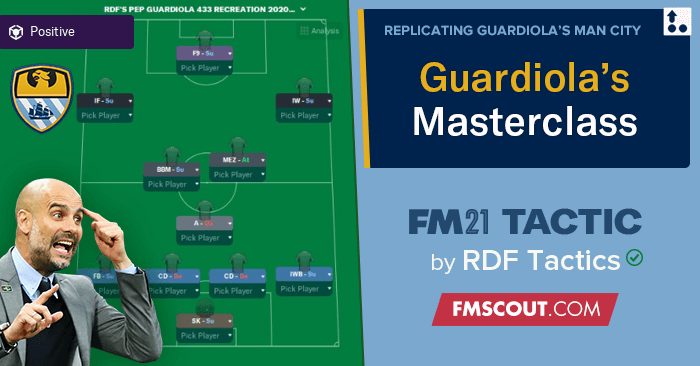 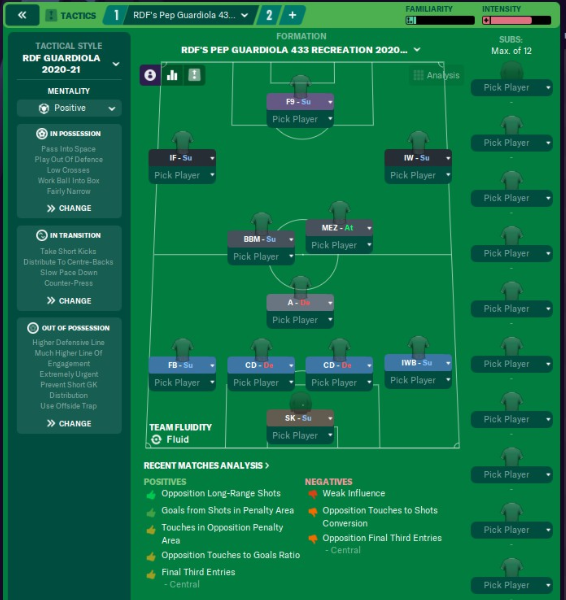 As customary for a Pep Guardiola side, Manchester City haven’t exactly had a set starting eleven this season. However, in their recent resurgence, a few key figures have emerged, along with a consistent formation.

The Portuguese fullback has been one of City’s best players this season, contributing the most tackles and interceptions to the team. Further forward he’s also had an impact, creating 2 chances per game, to which only Mahrez and De Bruyne have created more. John Stones and Ruben Dias have also received much in the way of praise for their recent performances

Ahead of the back-four, Rodrigo’s finally fulfilling his Fernandinho promise but has been massively helped by his partnership in midfield with Ilkay Gundogan, an excellent ball-playing midfield maestro. With a natural ‘6’, ‘8’ and ’10’ in their line-up, City can chop and change their 4-3-3 to seamlessly transition into a 4-1-4-1, 4-2-3-1, or their 2-3-5 with inverted fullbacks as part of the ‘3’.

That natural number ’10’ in their line-up also happens to be City’s best player, Kevin de Bruyne, who himself could play anywhere on the pitch to aid in their title quest. The Belgian international has scored 3 goals with 10 assists so far, creating 3.2 chances per game.

Guardiola’s front three has been less consistent, including nine different players fulfilling the role as the striker during matches in the league this season. Ferran Torres, Bernardo Silva, Kevin de Bruyne, Raheem Sterling, Phil Foden, and Riyad Mahrez have all played the part.

As a result, we’ve gone with Bernardo Silva, to concentrate on, upfront, who can also play as a Kevin de Bruyne replacement in midfield, or fulfill either role on the wing. So those are the players.

Now let’s talk about how City have used their players to achieve much in the way of success this season, en route to a Premier League title chase.

It seems nearly impossible to mention anything to do with City’s tactics under Pep Guardiola without mentioning his use of ‘inverted fullbacks’. The primary reason for this tactic is to create overloads in central areas, while simultaneously stretching the field wider.

Now it might seem complicated to achieve both of those things at the same time, but it’s actually quite simple how City manages to achieve both width and centrality through their inverted fullbacks. As opposition players drift in-field themselves to try and mitigate the presence of the inverted wing-back, more room opens up in the wide areas for City to exploit.

It’s important to note here that despite the inverted approach from the fullbacks, the wingers generally remain very wide for City, hugging the touchline at every opportunity.

It then becomes very difficult for opposition teams to assess exactly how and where to cover the space and how to effectively pressure the ball. If for example, the left fullback on the blue team covers Mahrez, Cancelo and/or De Bruyne might have more space to advance into.

If the blue central midfielder abandons De Bruyne to pressure Cancelo, a number of different players could exploit that space. It’s also not as though City’s fullbacks are never wide in build-up phases. To say that would be untrue.

On goal kicks, they might even start wide and then drift in-field as City progress with the ball, or they may invert one at a time, attempting to gain an overload on one specific wide area of the field (the opposite one from the inverted fullback).