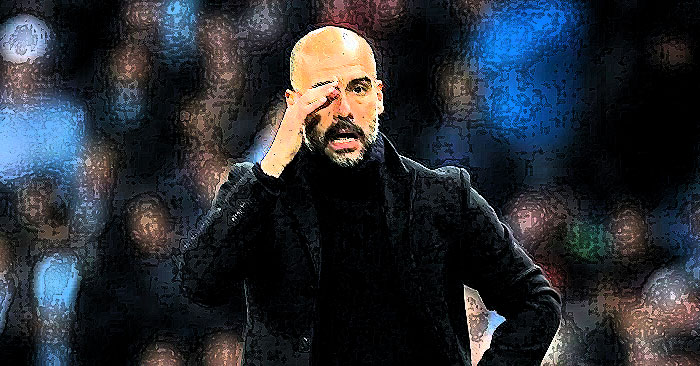 Manchester City fans must have thought Christmas had come 10 months early when Pep Guardiola was unveiled as the new Blues boss in February 2016. Fresh off the back of two extremely successful stints that saw him sweep up both domestic and European trophies with ease at Bayern Munich and Barcelona, Pep was hailed as possibly the best manager in the world and a very bright prospect for a City side which has struggled to go far in Europe. Despite his pedigree and the fact that he inherited a decent squad from former boss Manuel Pellegrini, Guardiola’s first full season in charge has been very disappointing when many thought he would do well instantly.

Whether it's the league, both cups or European games, fans have been left feeling rather deflated after a lot of excitement around the Spaniard’s appointment, especially around his transfer policy and the style of play that the team would adopt. Instead of an influx of world class names and an instant impact on the pitch, it has been a slow and steady season with some fairly average performances across the board. There were times when his Barcelona and Bayern teams seemed unbeatable and his tactical choices complemented both sides perfectly, but it seems that his squad have struggled in games that should have been easily winnable, especially when they drew to Middlesbrough at home and lost to an out of form Leicester by a significant margin. With the likes of Agüero, Silva and Jesus Navas at his disposal, many pictured an attacking, flowing team that would cut defences to pieces and showcase some special football. Fast forward to the last few games however and the tale of the season couldn't be further removed from the hopes and dreams of the fans. This will now be first time that Pep has finished a season without a single piece of silverware.

From dumping out of both domestic cups to a mildly embarrassing last 16 defeat to a young AS Monaco, City’s season has been full of poor results that should have gone their way without question. Despite a strong 6 game unbeaten run at the very start of the season, the rot began to set in over December and January, when City began to record more draws and losses than wins. Before they knew it, they had dropped from first to 4th. Some would argue that not going below 5th place over a season is a decent achievement, but not when you have have one of the most expensive squads in the Premier League and quality player like Kevin de Bruyne and Agüero who can really turn games around. It seems that the hectic schedule of the Premier League has gotten to Pep and he certainly hasn't held back on looking for things to blame when the going gets tough.

A big aspect of Pep's first season is his failure to direct his players in big games. City have faired well against weaker opposition, but in must-win games they have failed to show that they have the goods to dominate the season. Losses to Chelsea, Liverpool and Arsenal have shown that they may need more mental preparation going into crunch fixtures, or that other managers can see straight through Pep's tactics. He needs to take a close look at match preparation next season, possibly focussing on how to handle other top four teams without losing focus on the season as a whole.

Pep really needs to get city past the last 16 in Europe as well. City never seem to have the legs for midweek games abroad and their international record over the past few seasons is abysmal. Squad depth is key when it comes to the Champion's League, with many big teams able to roll out almost a second squad that is good enough to compete alongside a tough domestic league. Investing in experienced players is key for city in the summer and Pep may need to build a strategy that could see him focussing his efforts on Europe rather than the league or cups. He must also be careful not to rely too much on his big names, giving plenty of space to the likes of Kelechi Iheanacho, who can offer that much needed squad depth and an element of surprise during group stages and first rounds.

Although Pep's focus should be on Europe, City still need to ensure that they finish in the top four to guarantee a Champion's League place for 2017/18. The odds are in their favour, but Pep needs to make sure his players are still firing on all cylinders going into the last few games of the season, something that he has failed to do on a few occasions throughout his first year in charge.

Discussion: Why is Pep Struggling?