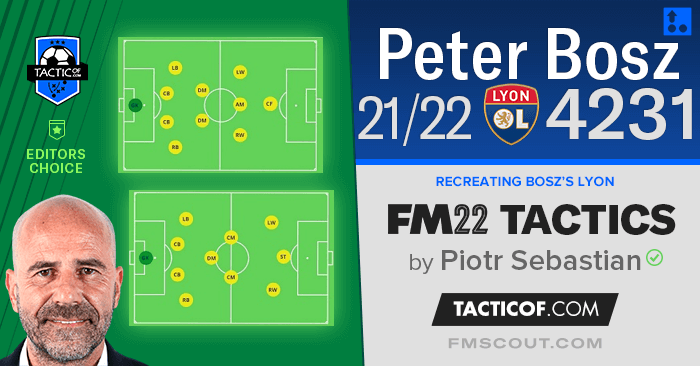 Lyon under Dutch coach Peter Bosz use a 4-2-3-1 formation which however changes into different variants at different phases of the match with frequent and smooth transitions into 4-3-3. Lyon’s play is fast and combinational and the players are given a lot of freedom to move around the pitch.

Although it is difficult to see a specific structure in Bosz’s phase of ball possession during the preparation of the attack Lyon places their side defenders (Gusto, Emerson) very high, who move up to the line of central midfielders forcing their partners from the wings (Ekambi, Paqueta) to move into strikers positions or inside. In this phase they thus take on a 1-2-4-4 shape.

The two central defensive midfielders (rotating Caqueret, Mendes, Ndombele or Da Silva) are then supposed to stay back and provide deeper passing options, while once the team has lost the ball they hold their positions and cover the space at the back preventing opponents from penetrating the center.

In the offensive third both central midfielders must take an active part in the playmaking with the task of passing the ball on very fast or finding players in free space.

After losing possession Lyon always looks for pressure. The players closest to the ball try to recover it immediately, while the rest of the team closes open channels and tries to limit the number of passing options in this zone. They press aggressively in the flanks also with the wingers playing close to the opposing defenders. 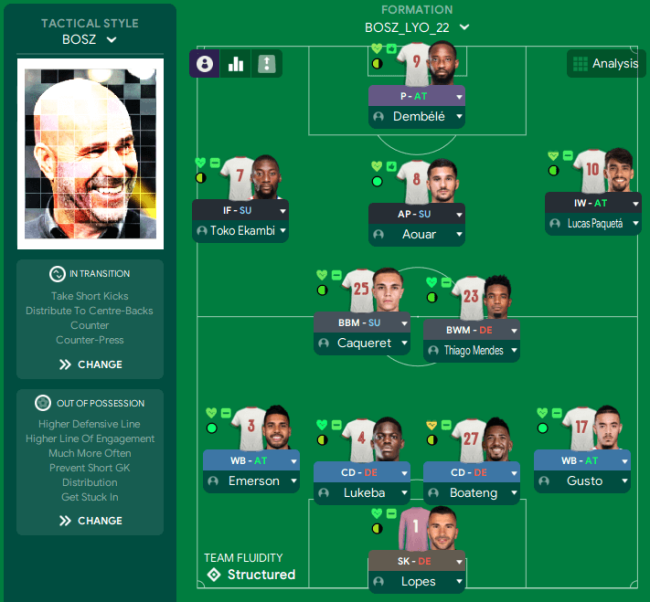 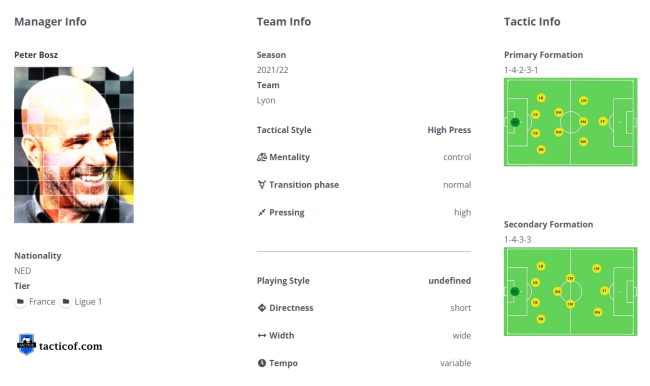