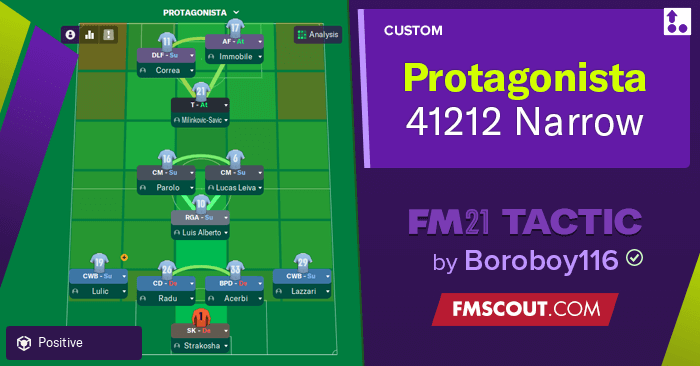 The philosophy of the tactic is to produce an aesthetically pleasing brand of football being easy on the eye, without compromising results. The formation is a modified version of the traditional 442, the wingers are brought inside creating the diamond of 4 central midfielders. The diamond provides a numerical advantage in the centre of the pitch as most teams use a 3 man midfield. Unlike a traditional 442, where there is no central attacking midfielder, the diamond uses a traditional number 10 at its point helping recycle possession and with the freedom to drift into spaces in attack whilst cutting off pockets of space when defending. Behind the 10, I am using two-hybrid midfielders their primary role is to provide a shield for the Regista but they are also responsible for getting up and down the pitch like a box to box whilst fulfilling a ball-winning role. The diamond is a highly-demanding formation and these two central midfielders cover a lot of ground up and down and side to side compensating for the lack of wingers. 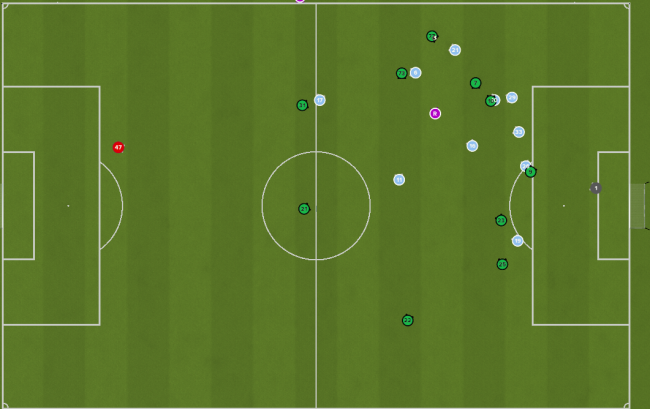 At the base of the diamond is the Regista he is the quarterback of the team, pulling the strings from deep. His role is to collect the ball from the centre backs and keeper, together they form a diamond to outnumber and beat the opponent's press. The Regista doesn't just sit deep playing simple passes though, he is a more mobile version of the DLP who roams across the pitch going and seeking the ball. He is put in simple terms the deepest attacking player in the side, he positions himself behind the ball at all times in the final 3rd offering to be the outlet to the man on the ball. In this system, he works in tandem with the Trequartista who is like a mirror role to the Regista. As stated above the tactic uses the 4-1-2-1-2 narrow formation, the style of play is a form of vertical tika taka, so the emphasis is playing short snappy vertical passes to move the ball upfield. The team mentality is fluid meaning players share responsibilities with the team generally attacking and defend as one unit, rather than having players only contributing to a single phase of play. 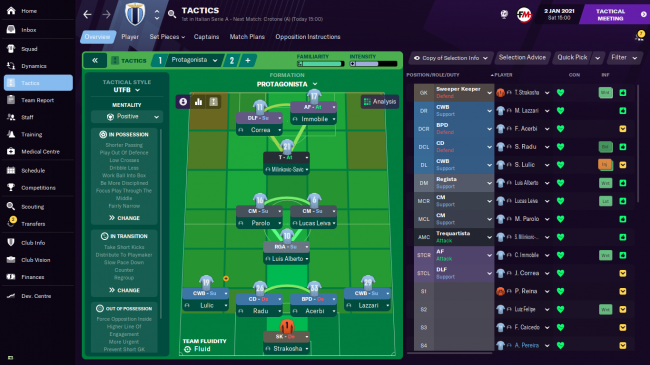 In recent years, Liverpool under Brendan Rogers, and Juventus under Massimiliano Allegri both effectively used the diamond formation. However, my interpretation of the diamond formation is closer to that of the Juventus version with the use of a Regista. As with any narrow formation, the fullbacks play a key role in the success of the system, they bomb up and down the flanks to provide an option out wide allowing quick switches of play from the Regista. The principles of play are to retain possession controlling the game being patient with the ball, creating overloads centrally with the Regista dictating the tempo with quick switches of play when the opportunity presents itself. 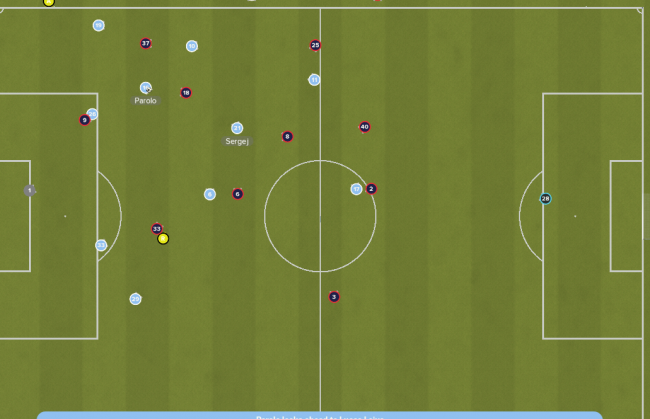 The team also aim to play out from the back creating a diamond with the centrebacks moving wide and the Regista dropping deeper, allowing the wingbacks to push higher and wider.

If the opponent's cover the Regista then the ball can be played to either the centre backs or another central midfielder who has formed a double pivot with the Regista. 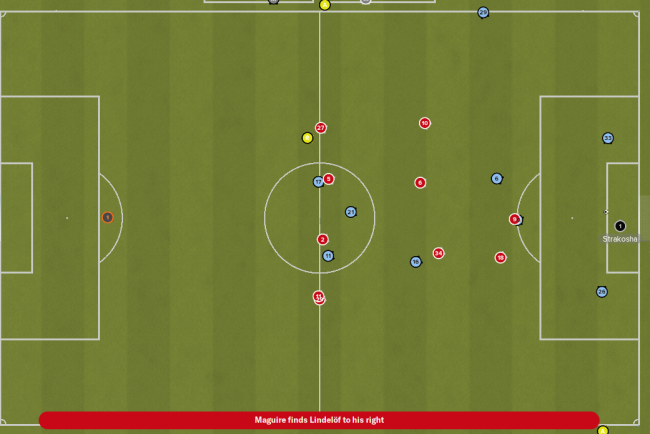 If the opponent doesn't press high with any intensity then the Regista can stay higher up the pitch to receive the ball from the centrebacks once they play around the pressing man. If however, the opponent commits many players to the press stopping the short build-up from the back then the keeper is capable of going long over the opponent's press allowing the Advanced forward to run onto the ball as seen below against Juventus. 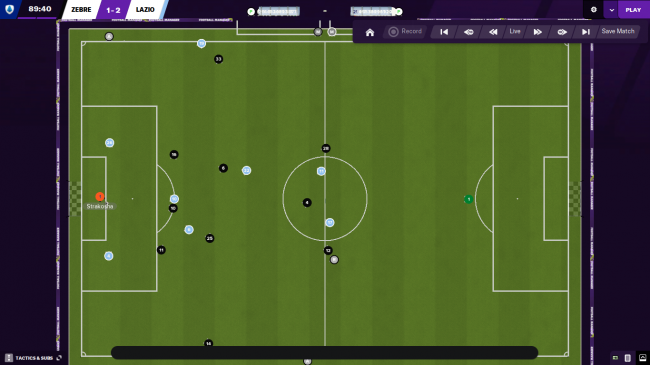 As the formation is already narrow in nature, I decided to only go with a fairly narrow width to firstly create that screening effect for the Regista but at the same time allowing them some space so players are not occupying the same zones, with the wingbacks providing the width and out ball if needed. To create the vertical type of football desired I focused play through the middle and selected the be more disciplined option, making the players play for the team maintaining their shape. The Regista and Trequartista have the freedom of movement as they are crucial in making the tactic work as desired. 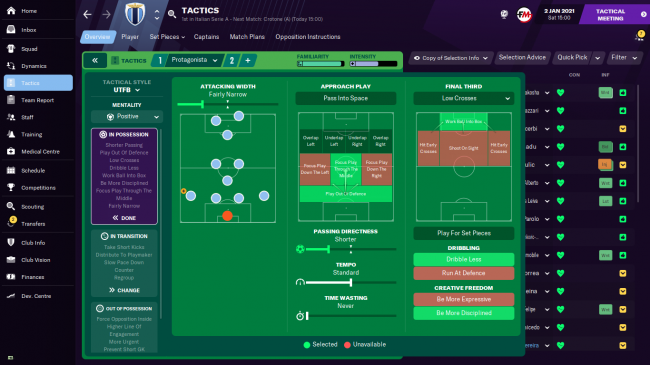 In the final third of the pitch, the team uses counter-movements to create space for one another, for example, the AF looks to stretch the play running in behind ensuring the opponent's defence operates deeper. Meanwhile, the DLF comes shorter to pull defenders out of position leaving space for the Trequartista to exploit. 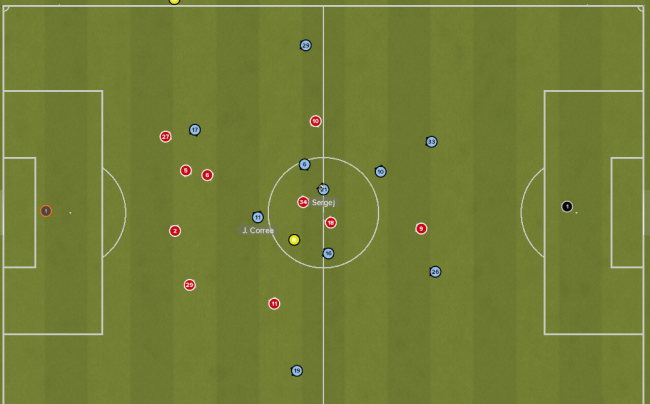 In most cases with a narrow diamond formation, a team will look to press high and force the opponents through the channels to protect central areas and allow for quick turnovers. However, I took a slightly different approach I want to create a robust shape making it difficult for the opponents to find space to play through, therefore I went with regroup. However, once the ball is won back I still wanted my team to look to counter exploiting any space or gaps by drawing out opponents. 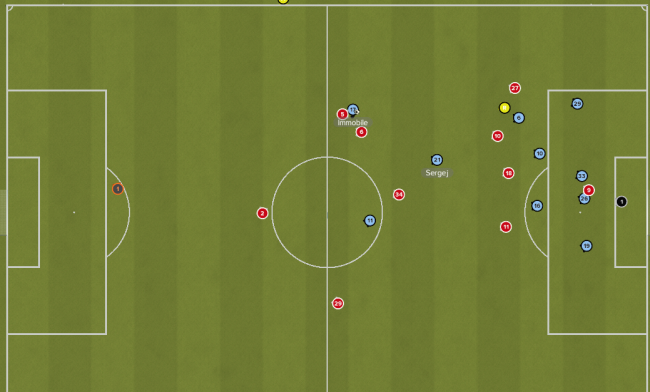 This is a perfect example drawing United's players out to support their attack, allowing the ball to be quickly played into one of the front 3. In this case, the ball is played into Immobile who can drop it off for the Trequartista who is occupying so much space he can the then play the killer ball. 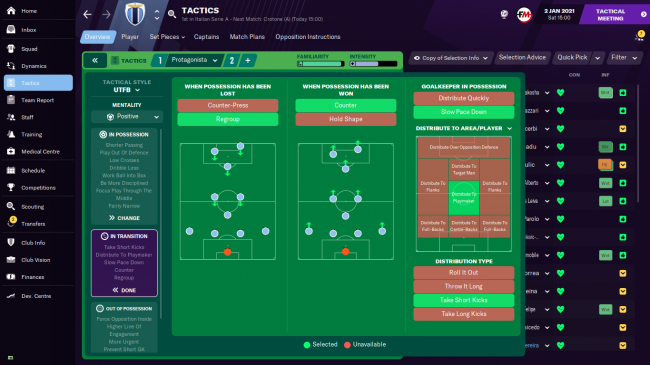 Like most Diamond formations the goal is to put pressure on the backline, therefore the line of engagement is set to higher. This allows the strikers to sit on the opponent's centrebacks whilst the Trequartista can either sit on a DM or fill that space between the lines. Rather than pushing my defensive line higher to help squeeze the pitch, I have dropped the line to standard stretching the pitch as Lazio's central defenders are older and more experienced so can read the game better covering for their lack of pace. The team still presses with intent applying pressure to both the ball carrier and potential passing options through the use of a space orientated man-marking system. Unlike a traditional diamond which looks to funnel the opponents wide, I look to engage the opponents in the wide areas forcing them inside into the densely populated central zones, allowing my team to intercept the ball to set up quick counters. The double was achieved and only a late Liverpool goal prevented a famous treble. The team had the best defence in the league and the 2nd best attack only falling a few goals shy of Juve. The team was the best passing and possession team in the league. 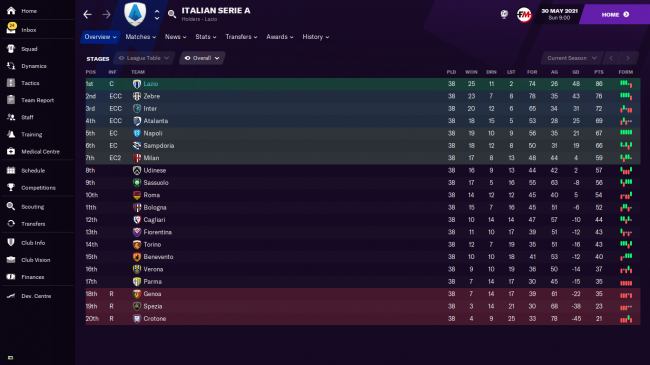 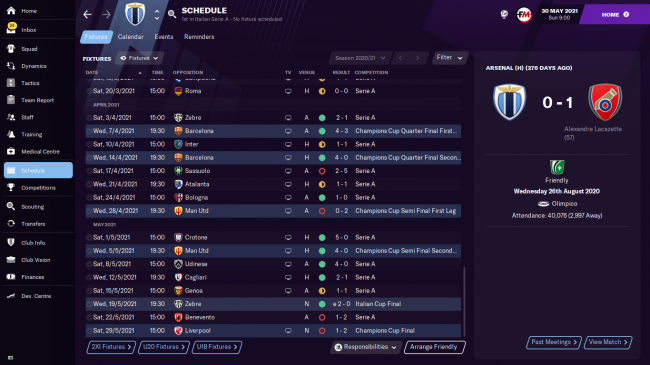 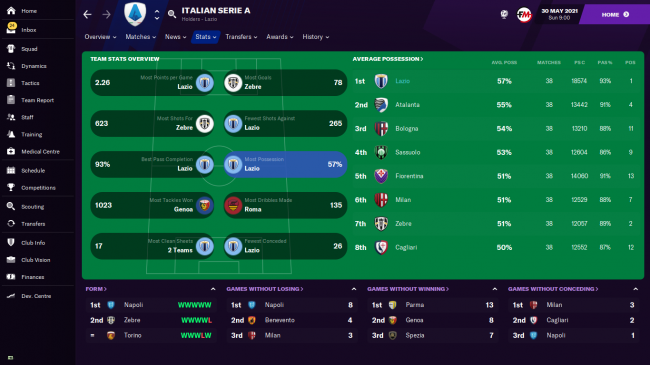 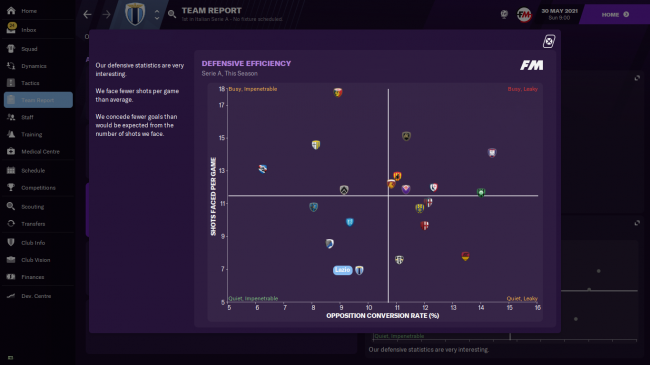 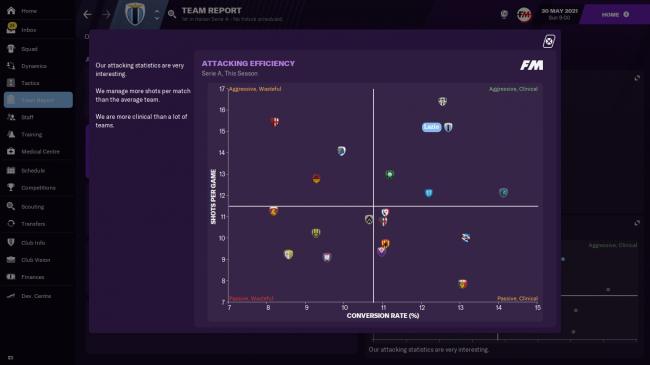