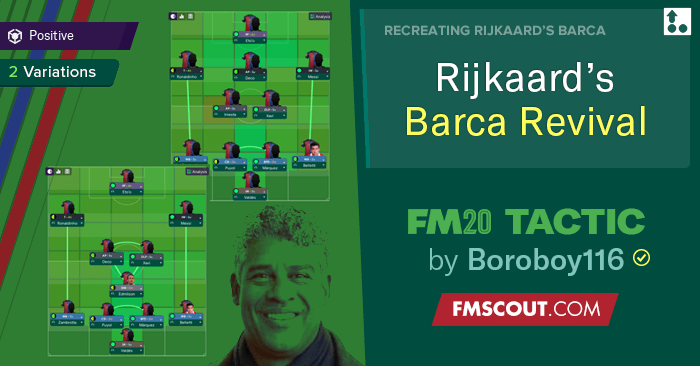 Before Rijkaard's appointment, Barcelona were struggling. They had not won a trophy for six years and the style of play had stagnated becoming devoid of the flair and slick passing associated with Johan Cruyff's total football. Louis van Gaal had been in his second spell at the club, having won back-to-back titles in his first.

However, Barcelona found themselves three points above the relegation zone having won just six games in 19. It was a tumultuous season which saw three managers. Radomir Antić eventually came in and steadied the club in the second half of the season, finishing in sixth place, which was enough to secure a spot in the UEFA Cup.

In 2003 new club president, Joan Laporta wanted to overhaul the squad and took advice from Cruyff. The Dutch icon recommended Rijkaard and so Laporta appointed him. Rijkaard hadn't set the world on fire in his previous management roles and suffered relegation with Sparta Rotterdam.

Rijkaard set about changing the club culture and identity when he took charge, with his philosophy heavily influenced by Cruyff and other great Dutch teachings. He put his focus on attacking football with plenty of pressure and wide play. This was signified by his first major signing: Ronaldinho. Midway through his first season in charge Barcelona again struggled and many fans called for Rijkaard to be sacked, however with the loan signing of Edgar Davids and instilling a siege mentality Barcelona eventually finished 2nd above Real Madrid it was a vital switch in mentality and fortunes of the club. It was a season of faith that changed Barcelona forever.

Rijkaard was a firm believer in attacking football with the aim of not only winning games but to provide entertainment, very similar to both Cruyff and Rinus Michels. In his first season, Rijkaard settled on the 4-3-3 but would also play a 4-2-3-1. In his systems, he encouraged creativity of the players in the final third of the pitch with the optimal interplay between midfielders and forwards during attacks. Within these systems, the four defenders tended to play with a high line to support the midfield which frequently advanced to participate in the attack. The team generally focuses on maintaining possession in the opponents' half of the field, applying pressure in order to force the opposition to make errors in defence and exploiting these with counter-attacks. The star of Rijkaard's Barcelona was undoubtedly Ronaldinho, to get the best out of the Brazilian Rijkaard built the team around him and give Ronaldinho a free role freeing him from his defensive responsibilities. Both Ronaldinho and Eto'o would stay on the halfway line waiting for the counter-attack whilst the rest of the team defended. In order to help the team defensively, Rijkaard would use Edmilson a natural CB as a DM, this helped to make up for the lack of defensive work from Ronaldinho. 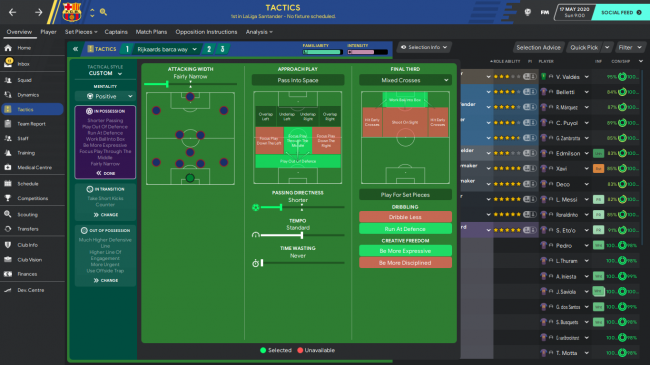 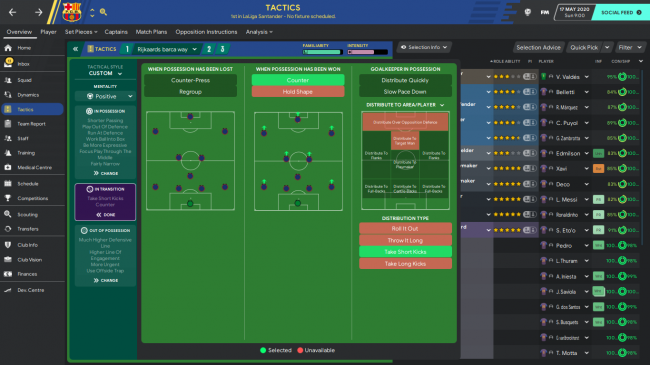 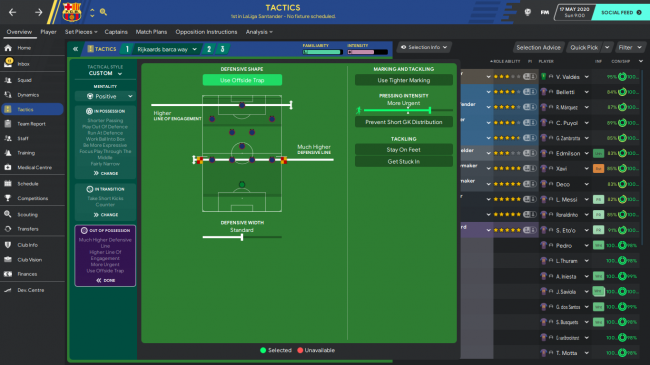 The results were fantastic, I won the double and reached the semi-finals of the champions league. Ronaldinho scored 32 goals in the league as the focal point in attack. 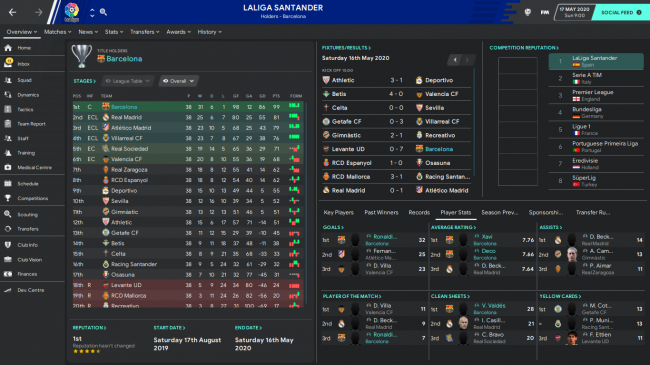 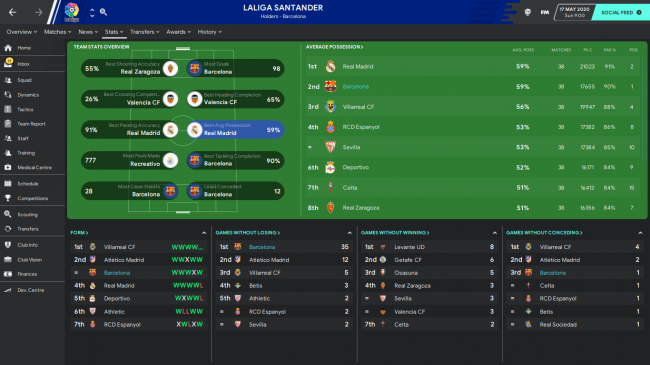 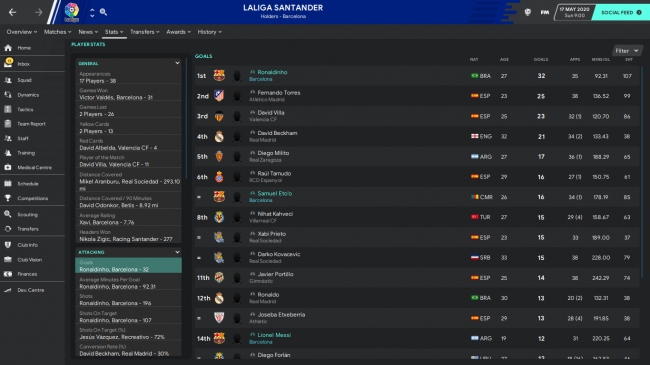 I also decided to test the tactic with Chelsea as I used the 06-07 database for more realism with Barcelona. The results with Chelsea surprised me I was able to run City close in the league and champions league. 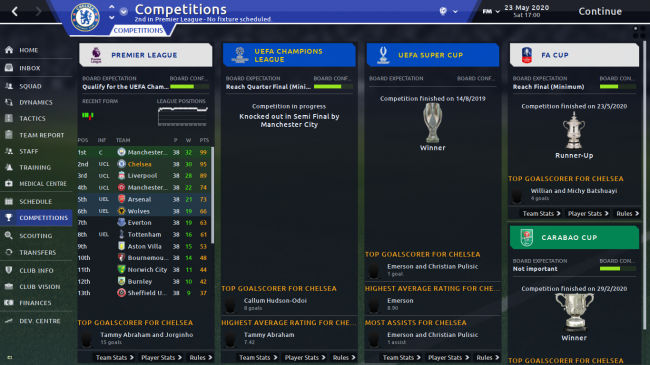 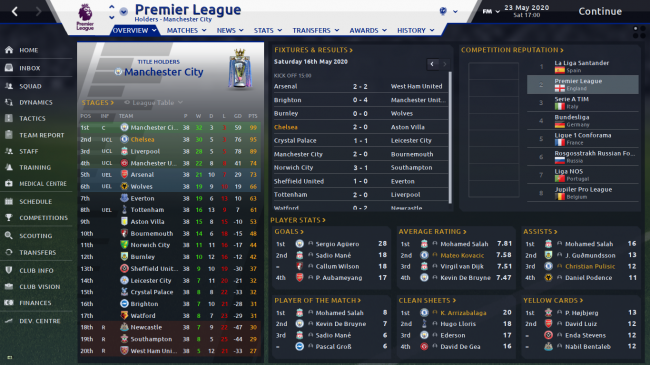 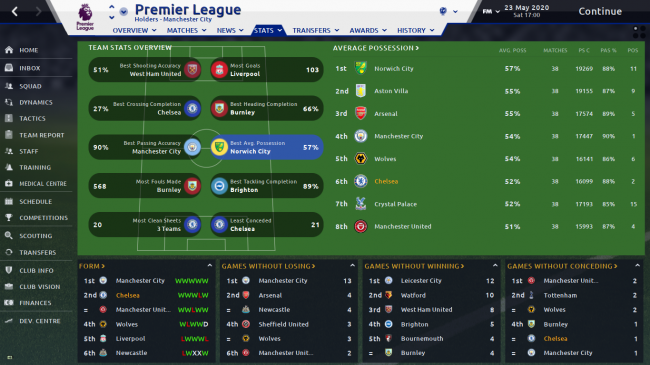 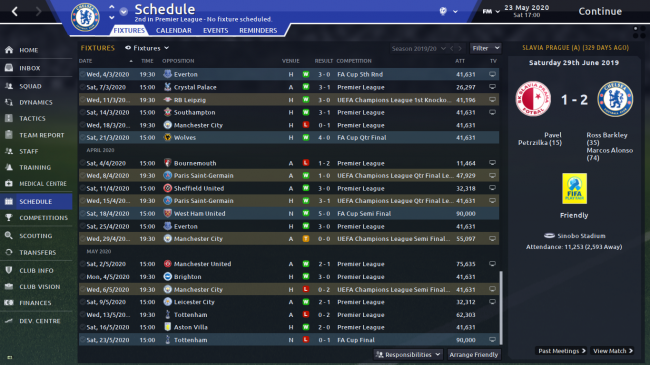