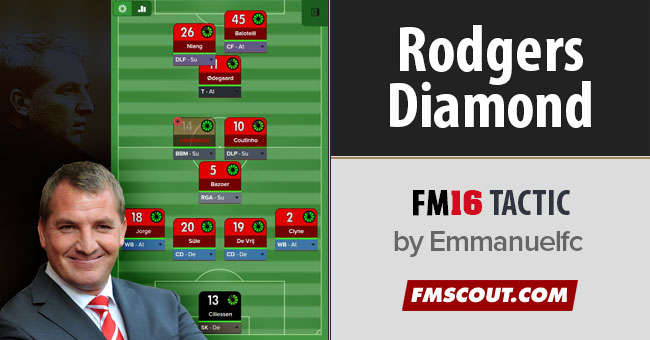 I’m sorry for any English mistakes, it’s only my fourth language.
My goal here is to show that despite the recent obsession with the considered modern tactics such as 4-2-3-1 and 4-3-3 the so called suppressed ones are still very effective and alive such as diamond midfield and Ancelotti’s famous Christmas tree. In this first attempt I tried to revisit Rodger’s effective diamond midfield in his successful season with Liverpool, where they finished runners-up in the EPL and showed the world an offensive and entertaining game.

I also saw many people struggling to have a dominance playing away from home, so I developed two tactic s with the same formation so you can combine success Home and Away with slight changes to having a playing standard, together with this idea to revive the diamond midfield.

So let’s take a look at what Rodgers was proposing: 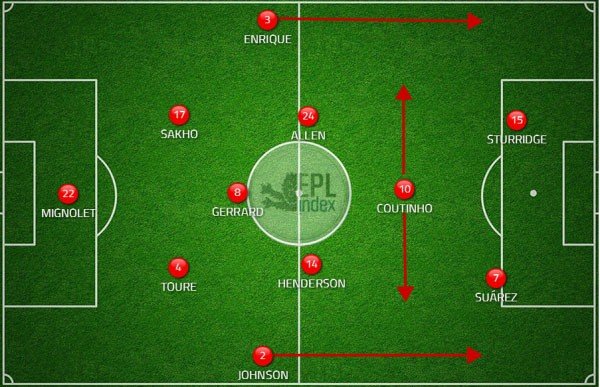 Now, you might notice this is the correct formation, but the players when the team reached 10 consecutive wins was different. Skrtel was playing instead of Touré; Henderson went to the left side of the central midfield, with COUTINHO in the right side of the midfield. Allen got replaced by Sterling, who got the position as the most advanced in the diamond and played exactly as Coutinho in this example, using his pace and great stamina to create space and opportunities on both sides.

Gerrard played as a regista, Henderson was playing box-to-box midfield. And here is the kicker, Rodgers placed Coutinho in the central midfield to have a very good passer once Liverpool retrieved the ball, so he could use a long pass to the lethal and quick strikes Suárez and Sturridge, along with Sterling coming from both sides and the middle. That gives you the opportunity to counter as well, once you can’t attack, sometimes it might be the case.You can see that very well in Sturridge’s goal in this match against Arsenal.


The tactics follows basically everything Rodgers has put in practice. You can choose to use the tactic with an attacking approach or control, depending on your desire and your players capacities. The strikers instructions are not determinant, for them, the quicker they are, the better. But make sure they understand each other very well, such as Suárez and Sturridge used to.

Important: once you’re playing home using the regista, make sure your team has the ability to control the ball and pressure up high in the pitch, otherwise you’re defense is going to be exposed and you should use a defensive midfielder instead. In the images you can see the slight differences between them. You can also change if you feel like the defensive line to deeper or higher, but I don’t recommend.

I was dominant with Borussia at Bundes and Liverpool in EPL with those tactics since the beginning. I also got from third division in Brazil to Brazilian champions! 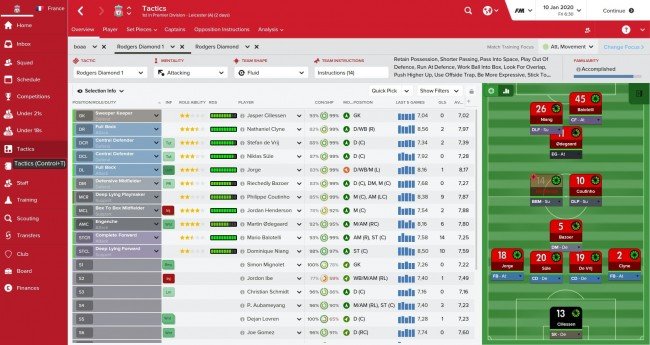 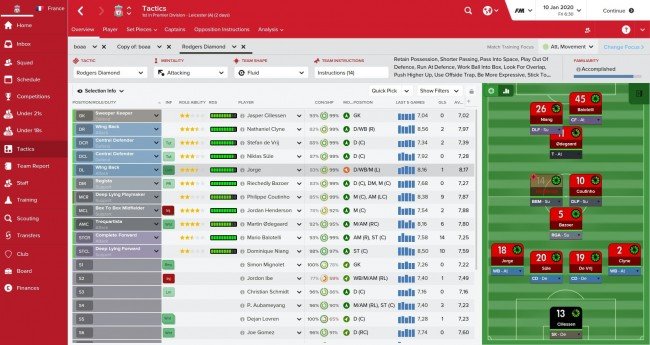 I will be more than glad to help anyone interested in testing those tactics.