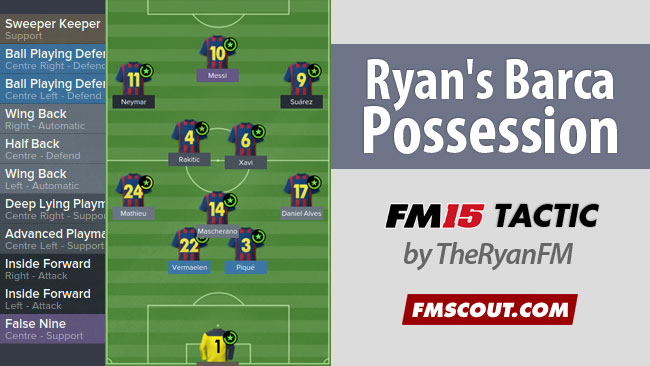 Here I have created a tactic based off the way that Barcelona play in real life - "tiki-taka". The main aim is to retain possession and get good results and I can tell you that has worked! 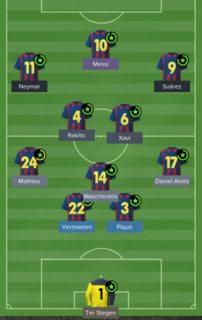 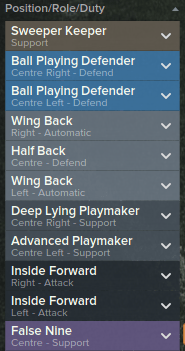 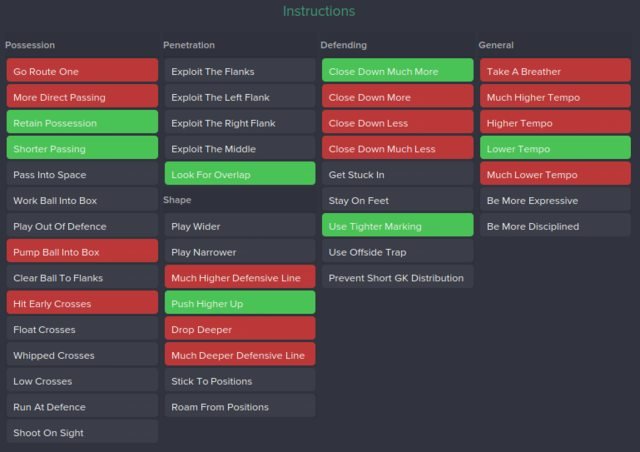 We have a 2-3-2-2-1 base layout but it is basically a 4-3-3.
We have a Sweeper Keeper as Barcelona do in real life.
We have 2 ball playing defenders to generate counter-attacks from the back with the high speed play.
We have the 2 wing backs set on automatic - I think most teams play like this in real as this means that he's duty will basically differ depending on whether the team are attacking, defending or pressing etc, for example if we are on the attack he would be on a Attack duty but if we are defending he would most probably be on the defend duty.
We then have a half-back in between the 2 wing backs, he basically acts as a center back when the wing backs push up and usually forms a back 3 with the center backs - you could say he is the sweeper of the midfield.
We then have 2 play makers, 1 advanced and one deep-lying. These 2 will be the players playing the decisive balls through to the wingers or the center forward. They are both set on support.
The 2 wide men are set as Inside Forwards as that works well with the False Nine up top who will be dropping deeper and moving into the channels opening up space for the Inside Forwards to cut in! 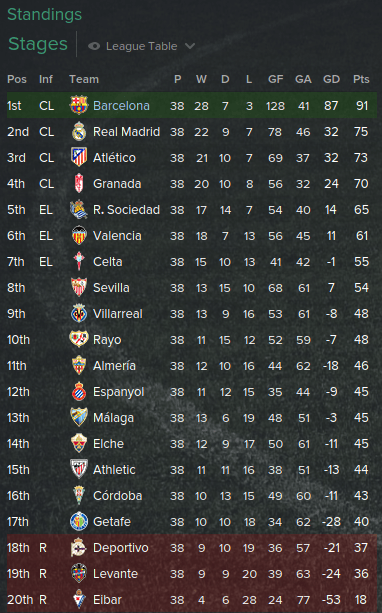