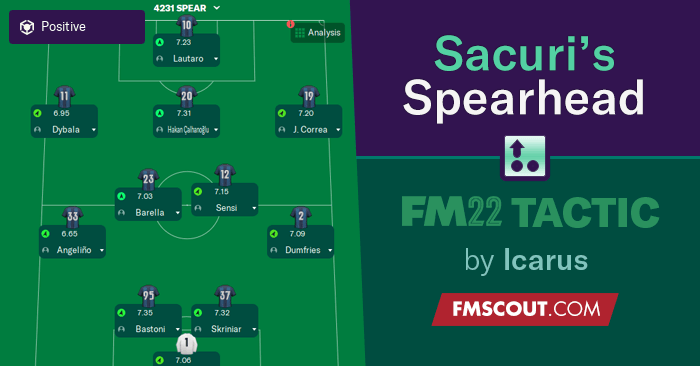 Hey guys its been a while, since I uploaded the powerful Sacuri's Spearhead at least.

I wasn't even thinking about buying FM this year because it just seemed so similar to last year's edition, but then obviously after a little targeted propaganda I got around to it.

Can't really say I haven't been enjoying it either, the match engine has definitely been improved, the fact that marginally offside goals checked by the VAR are finally given makes the 40 quids spent worth it alone.

Anyways lets get onto what you really came for, this lil' 4-2-3-1 beauty that has been scoring me massive amounts of goals for years now. 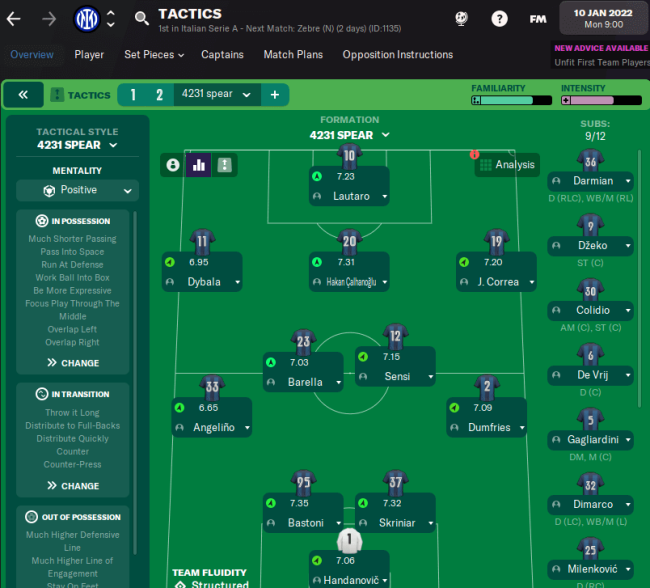 As you can see above it's a very attacking formation that plays a very high line, the fullbacks are constantly waiting to overlap so they'll always be next to the wingers while in possession, which looks quite odd on screen but trust me you want them doing that.

Obviously if you're clean-sheet fan this tactic might not be for you, because you will concede, but I guess the point here is to score 2-3 goals more than your opponents (probably don't use this tactic if you're managing Newcastle and you're in a cup final against Man City).

I'm only half way through my first season but the results are palpable, I've taken the liberty of showcasing a few results and the goal tallies of my most prolific players thus far: 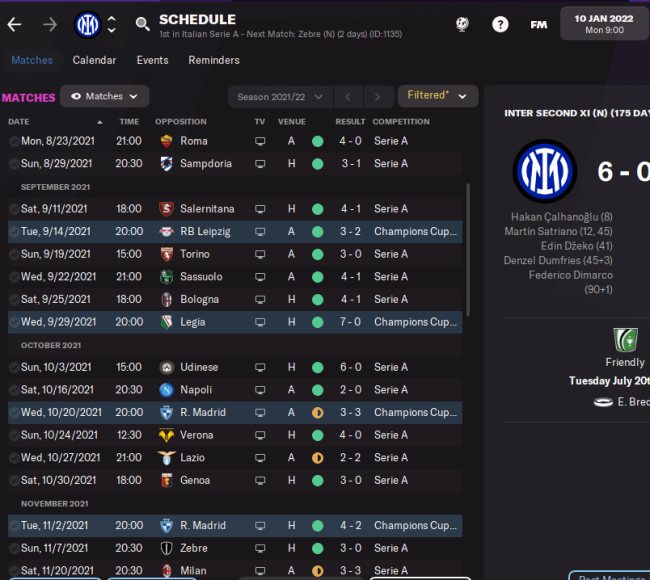 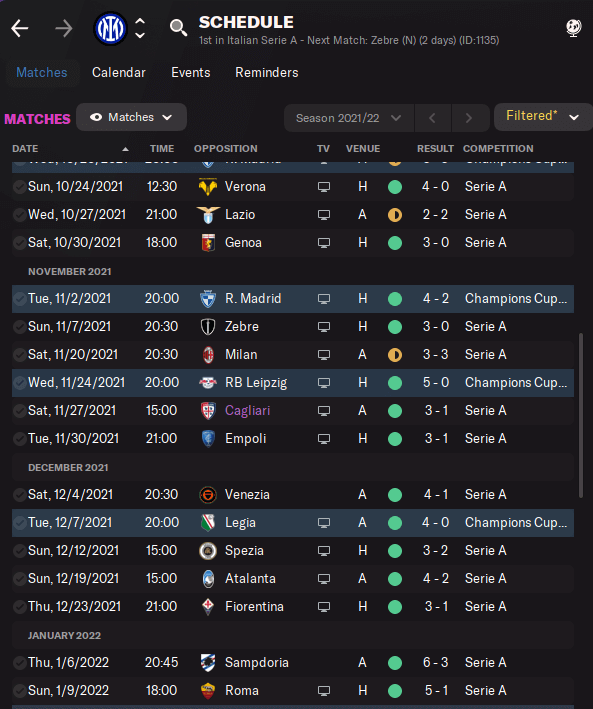 As you can see I've been battering just about anyone that has come up against me thus far, partly because the competition in Serie A this year has dropped quite drastically in FM, and partly because I think crossing to a target man is really OP on this match engine atm. 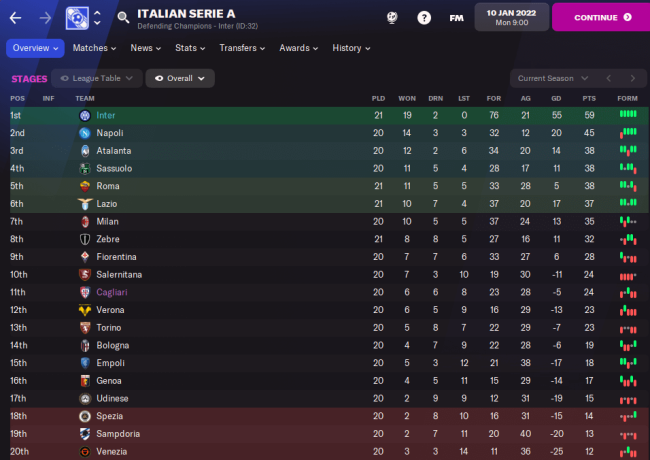 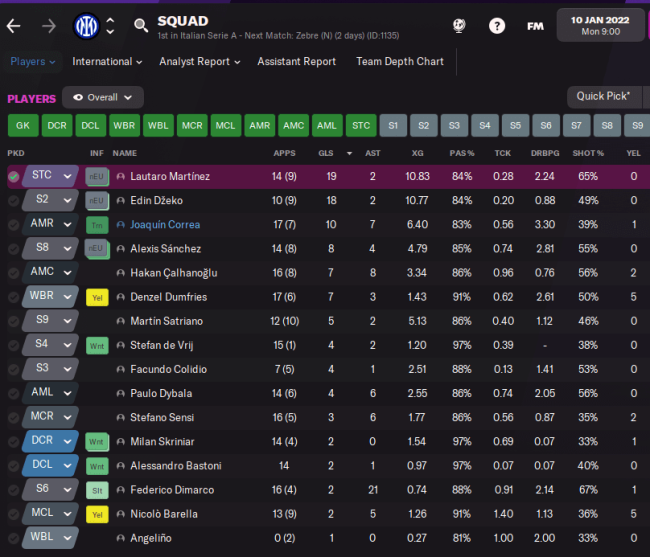 You just want to make sure you've got good wingers that can trick defenders and put some good balls in for a good finisher up front (ideally tall) and this tactic should do fairly well if you're just looking to have fun on FM and watch a bunch of goals being scored every match.

That's all from me FMScout.com, stay golden