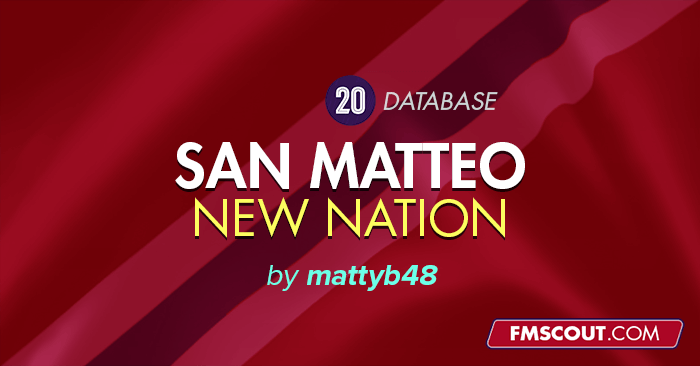 After Luxembourg's mass territorial gains via a war for dominance in early to mid 2014, they decided to rename themselves San Matteo, and along with the new name came a new football league. Unfortunately, due to large civilian losses, there are very few footballers about, but that will be replenished soon.

There are 6 divisions and 3 national cup competitions.

- The San Matteo Cup is a simple 16 team FA cup for premier league teams, the winner gaining access to Europe.
- The Copa San Matteo, comprised of the teams from every other league below the top flight.
- La Copa Forza, where every team in the country has a shot at the title.

*Updates from previous editions*
The standardisation by the San Matteo FA resulted in 4 evenly sized leagues of 16, one of 20 and one of 28, with 2 promotion spots for all apart from the bottom league.