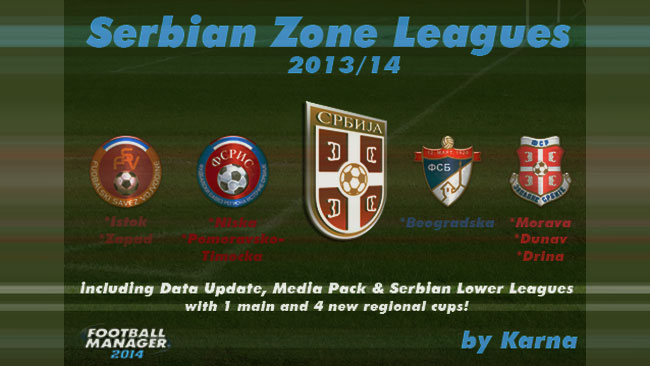 Serbian zone Leagues (Zonske Lige Srbije) are tier 4 league system in Serbia. It contains 8 new divisions and 4 new cup competitions (plus 4 divisions in tier 3 Serbian Lower Leagues).
This file contains Serbian Data Update and Serbian Media Pack previously released by me, so you if you have them, you can untick them when selecting this add-on.
If you are a LLM fan or looking for some challenge, this is the ultimate file you need.

- It contains over 1700 database changes.
- Small addons for Zone Leagues and manager changes.
- Corrects transfers, informations, positions and other player data in game.
- Added some new players and football agents
... and many more

If you find any bug, please report them here or via Steam comments! Thanks and ENJOY!
:
Alternative Download
(from Steam Workshop)