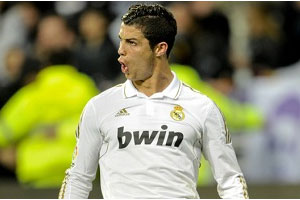 Lots of people who remember the good old days of football, when footballers still had to get the bus to work, and being fined two week's wages wasn't just a drop in the ocean to them, complain now about how football is orientated around money and sponsorship. That may well be true, but you can't deny the positive effect it has for both the club and the sponsor in the deal.

Take bwin football as an example. They are the former sponsors (2007-2013) of Real Madrid CF, one of the top two or three clubs worldwide. Everyone knows them, and their famous all-white strip. But until I started watching Real in action, I had never heard of bwin as a company, mainly because I'm not really a betting person. But there is no doubt in my mind that for both parties in this deal, there is benefits. Firstly, look at the publicity that bwin will receive from this deal with Real. Matches that Los Galacticos are involved in are beamed across the world every weekend, meaning bwin gets shown as a brand worldwide, gaining publicity as a company. The big benefit for Real is the money they will receive from the sponsorship deal. Let's face it: for this deal, bwin are going to be paying BIG money to get their name on that famous white shirt. I mean, it's worth it, for the publicity they make, and they will recuperate that over time. So obviously we can see how this sponsorship deal benefits both parties.

I could go on all day about how the monetary and publicity benefits work, but they would just be similar to the last paragraph about bwin's sponsorship deal with Real. However, sometimes we see sponsors offering other benefits to the clubs they sponsor. Samsung have been Chelsea's sponsors for a while now, and they give the Chelsea players a lot of free Samsung products, as a non-monetary benefit for playing for that club, and not elsewhere. Another example of this comes from way back in 2004, when Manchester City chose to have "FirstAdvice" as the sponsor on their kits for the 2004-05 season, and this is because FirstAdvice are a legal company, and could provide legal advice, which is more beneficial to City than being sponsored by Thomas Cook or First Choice, as they were at that time.

So, as we can see, sponsorship and football are now intertwined tightly, and there is barely anything that will be able to rip that bond apart. Sponsorship to me seems like a "you scratch our backs, we scratch yours" kind of thing, where the club is provided with the money to advertise the sponsor. I think we just have to learn to accept that money will always be in football now, that's how times have changed, and we need to move on to tackle more important issues, like racism.