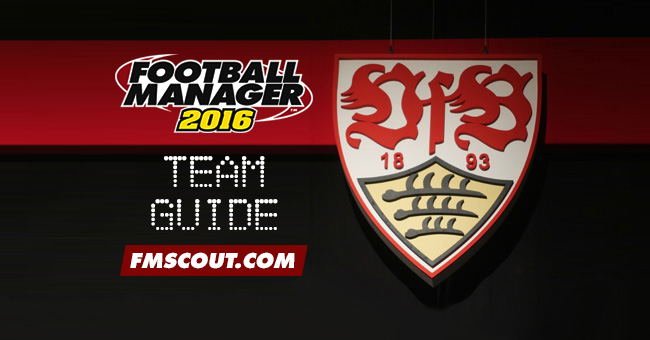 VfB Stuttgart are a big and very popular club in the German Bundesliga with a rich history and tradition. Their last success came in 2007, when they last won the Bundesliga title. Since then, VfB Stuttgart have been on a steady decline. Fighting against relegation, they finished the 2014/15 season in 14th place. For the new season, they hired Andreas Zorniger (who since has been sacked). I had great success with this club in FM15 and they are now my new save FM16 save in my YouTube “Let’s Play” series.

There are a number of possible tactics to choose from since so many players are flexible as to the positions they can play. Following are the three that I implemented in my current save. 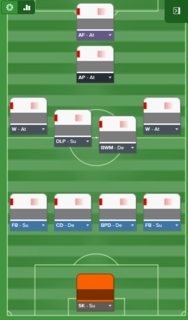 This tactic is predicated on a high defensive line, utilizing an offside trap (due to the former), high rate of pressing/closing down and a fast transition from defense to attack. Basically, it’s a more defensively stable version of Jürgen Klopp’s “Gegenpressing” system he perfected at Dortmund. This works well with most Stuttgart players since they’re very pacey on the wings with high levels of determination and work rate for all central midfielders, who are key in pressing immediately, regaining possession and recycling it into attacking moves. 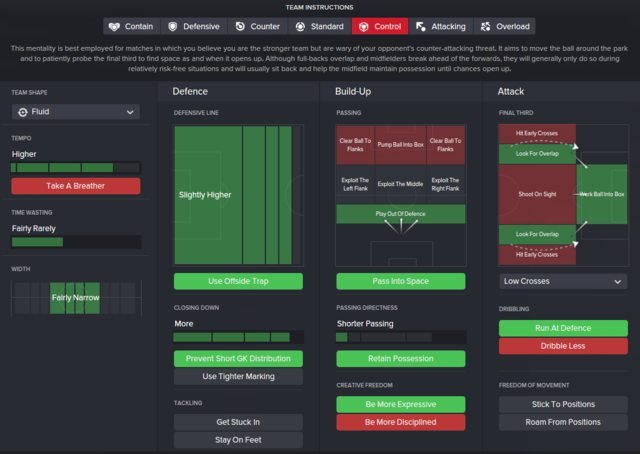 Gentner as a DLP (with more closing down instruction) and Gruezo as BWM are great in these positions. The speed and goal threat of Kostic and Harnik on the wings, along with the attacking threats of Maxim as CAM (Advanced Playmaker (A)) and Werner the fast Advanced Forward creates plenty of chances and goals. Defensive stability (we were the second best defense behind Bayern) was created by the fullbacks (support) and my center back pairing of Timo Baumgartl (CD(D)) and the purchased BPD(D) Jeffrey Bruma (more on that later). 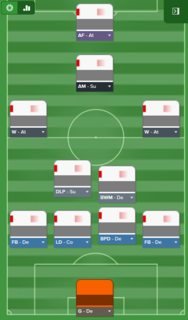 This is a defensive interpretation of the aforementioned control tactic that I used against stronger sides (Bayern, Dortmund, Leverkusen, Wolfsburg) to a decent degree of success. Especially early on in the season this is a valuable tactic. 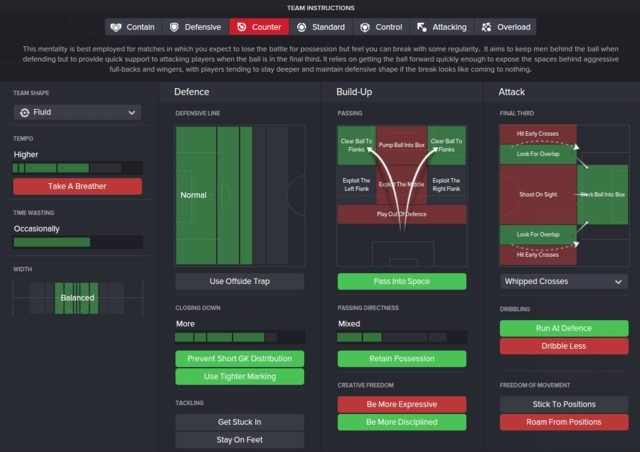 It’s very similar to our other tactic, but the central midfielders drop into the DM positions (with the same roles) and the Fullbacks are put on a defensive duty. Also, instead of shorter passing, we go direct and clear the ball to the flanks to generate quick counter attacks. I do have them play with more discipline so that they quickly return to their defensive positions when they would lose possession. 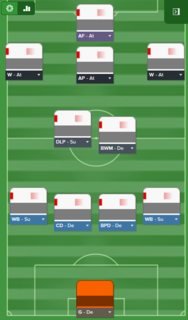 This is just a slightly more attack minded version of our first formation, since the wingers are placed in the AMR/L positions. Give this tactic some time and it should become your default tactic since the team is perfectly suited for this formation. 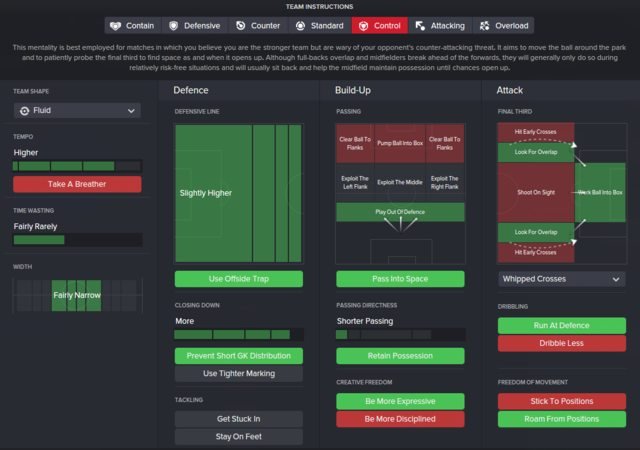 Goalkeepers
You’ve got 2 rather equal keepers to start with in Przemyslaw Tyton and Mitchell Langerak (starts the game injured for a few months). The key difference between the two is that Langerak is better at a Sweeper Keeper role. I honestly rotate between the two, but it should be a role that you should consider upgrading in the second season.

Centre Backs
Youngster Timo Baumgartl has the potential to become a top Bundesliga CD, but needs a better partner than either newcomer Toni Sunjic or Georg Niedermeier. The latter is the best of the two to pair up as a partner for Baumgartl, because even though he lack acceleration, he is very positionally sound with a lot of interceptions.

Left Backs
Emiliano Insua is a very strong defensively minded Fullback who also gets great stats in passing % and interceptions. Philip Heise is a decent back up, but is more attacking minded.

Right Backs
Basically, Florian Klein is the better FB going forward and Daniel Schwaab is much better defensively. So I’d recommend rotating between them, depending on the opposition. Given their ages (29 & 27 respectively) and limited potential this would be an area to upgrade.

Central Midfielders
Stuttgart has plenty to choose from here. Creatively, veteran Christian Gentner should be your go-to DLP, with Lukas Rupp as a quality backup. The defensive partner should be the young Carlos Gruezo. He can (and should) develop into a top CM/BWM. Serey Dié is a decent backup, but given his age (30) and lack of discipline, I started playing young Mart Ristl instead with great results.

Left Wingers
Filip Kostic is an absolute star as a left-winger. He’s got amazing speed and a great eye for goal. The problem here could be holding him past your first season to one of the big clubs in Europe. As a backup, young Adrian Grbic (also a good striker) is a must to develop…great potential and performance.

Right Wingers
Martin Harnik should start here. He’s pacey with a great eye for scoring, but can be limited by poor passing and crossing skills. Jan Kliment should be developed as his backup and eventual replacement.

Central Attacking Midfielders
Here too, Stuttgart has some great options. On paper, Daniel Didavi is your most talented option, but since he wants to leave at the end of the season (on a free transfer), is very injury prone and rather inconsistent, I’d recommend starting Alexandru Maxim in this role. His backup that must be developed (since he could be HUGE) is Arianit Ferati, who is also a decent winger.

Strikers
Stuttgart have two quality strikers in Daniel Ginczek and Timo Werner. Both are adept at playing the Advanced Forward role, but Werner isn’t a good header of the ball. That being said though, Werner had great performances for me and quickly beat out Ginczek for the starting role. But much like with Kostic, Werner could leave the club after latest season 2 for BIG money.

Young Players
VfB Stuttgart are known to produce a plethora of highly talented young players. FM16 reflects this and you can find plenty of jewels in the 2nd team (Stuttgart II) and the U19 squad that if properly developed will become stars for the club.

The biggest weaknesses are clearly in defense.
I would highly recommend signing a new CD as your #1 priority off the bat.
Beyond that you should look at a better left back to backup Insua and upgrade the right back position as well. Depending on how they perform, getting a new keeper for season 2 should also be considered.

With the right tactics and strengthening the centre back position, you can quickly climb the league table and get some great results (Despite a slow start, I went 14 matches unbeaten for the first half of season 1 and am currently sitting in 3rd and have reached the cup quarterfinals). Amazing young talent and a willingness to invest in the future make VfB Stuttgart a great option for a Bundesliga save.