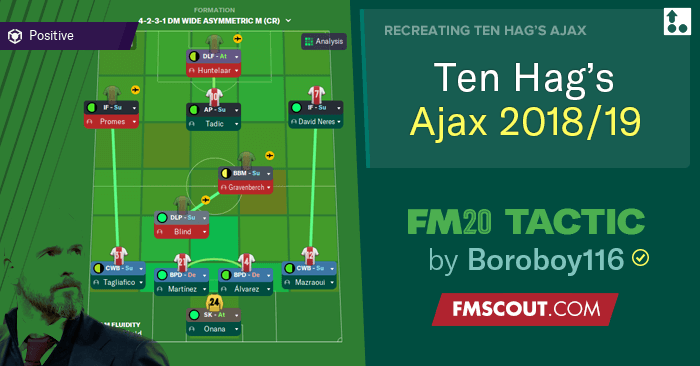 Ajax was the surprise team of the 2018/19 season, reaching the UEFA Champion’s League semi-finals after knocking out the likes of Real Madrid and Juventus. What impressed the observers was the attacking and dominant style of football. Over the course of the season, the Dutch side scored 192 goals in 69 games, averaging 2.8 goals per game.

Ajax offered entertaining football during the 2018/19 season. They showed a constant willingness to play forward, while remaining disciplined to anticipate turnovers. If they have been praised for the attacking side of their game, their defensive organisation was even more important, and the reason why they could attack so well.

Although being a heavyweight of Dutch football Ajax hadn't won the league since 2014, a massive underachievement for a team the size of Ajax. Ten Hag set about rebuilding Ajax implementing his philosophy on the club to bring back the glory days to Amsterdam. Ten Hag wanted to play fast paced attacking football dominating matches using a fluid style of play and an aggressive defensive set up, using the 4-2-3-1 formation.

Ten Hag insists on his teams playing out from the back, he wants his team to dominate games by looking to play forward passes at every opportunity and therefore he expects his players to be progressive in possession and not keep the ball for the sake of it.Ten Hag follows most of the positional play’s principles, not to dissimilar to Guardiola although the execution differs. This isn't surprising as Ten Hag managed Bayern's second team at the time as Pep being in charge of Bayern.

One of Ten Hag’s Ajax hallmarks is the limited width in the opposition’s half. While most teams aim to always keep at least one wide player on their weak side to stretch the opposition’s defense and allow switch of plays, Ajax actually deliberately restrict the width and overload one half of the pitch. This requires very technical and quick thinking players because the space in which they play is very tight. In theory, it also seems easier to defend since it allows the defending team to be compact. However, most teams nowadays opt for a zonal defense. It is then difficult to defend against players who frequently change zones. The team in possession will therefore often have a free player to pass the ball to penetrate through the lines. This positioning also allowed Ajax to execute their counter-pressing with success, thanks to the compactness around the ball. The wingbacks are key to play in this system, moving into the channels when the ball is on the opposite wing to prevent a potential counter-attacks.

Counter-pressing is an important principle of play in Ajax’ philosophy. As mentioned above, the way they play in possession make the defensive transition very effective, with a high number of players around the ball, and the short passing style of play allows them to have quick access to the opposition’s player who just gained possession.

However, the team is not always able to immediately regain possession. The players behind the ball therefore need to make sure they are controlling the depth to avoid being caught by long balls or through balls in the central area, should the counter-press fail. To ensure this control, Ten Hag has a strong emphasis on maintaining support behind the ball at any time a concept sometimes called rest-defense.

Ajax always have at least 4 players behind the ball when they are positioned in the opposition’s half. When they lose the ball, they either regain it almost immediately, or they have cover to defend the long balls. De Jong was a key player in this phase, holding his position in front of the defense and moving sideways with the ball to prevent counter-attacks

When their counter-pressing fails, Ajax aim to reshape quickly, helped in this by the cover they have when they are in possession. They aim to press the ball high though to either force a long ball or a back-pass. In the latter situation, the team is asked to step up to move higher on the pitch while the ball travels, keeping the pressure on. If the other team is able to keep possession and take positions in Ajax half, they intend to stay compact. They use a defensive system based on zonal marking with a man orientation, meaning that each player’s priority when defending is to mark the opponent in his zone. 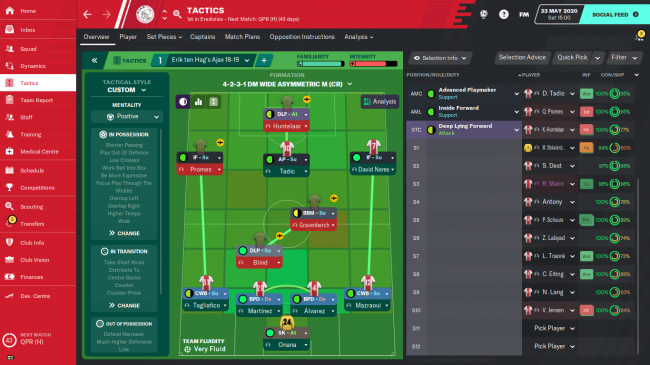 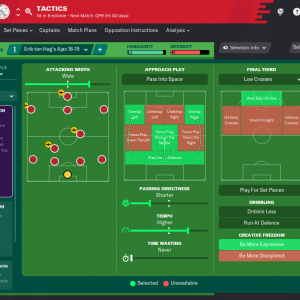 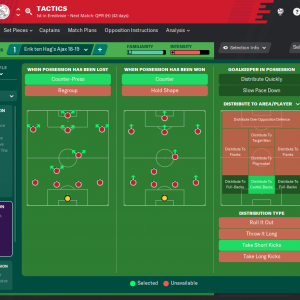 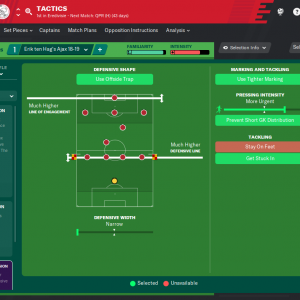 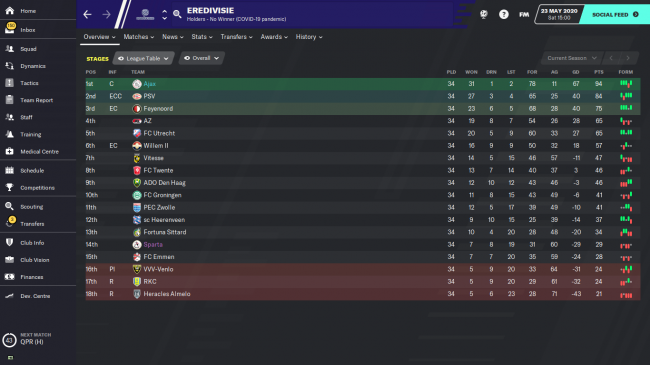 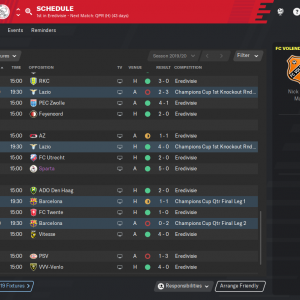 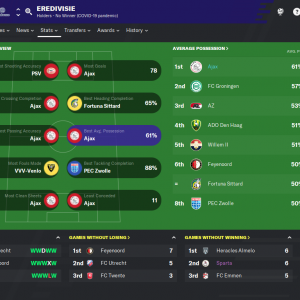