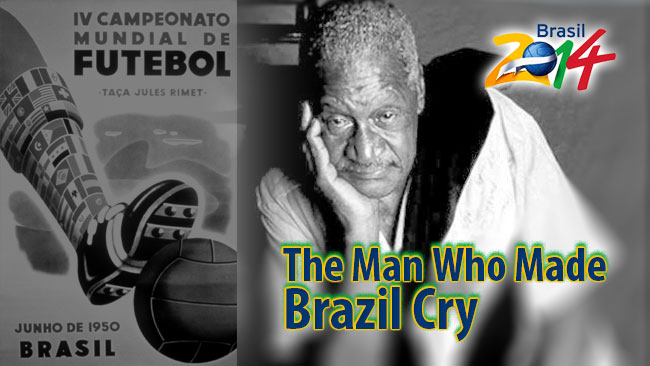 The World Cup is not far away now, less than a month remains before Brazil take on Croatia in the opening game of one of the most awaited World Cups in history. A World Cup alone is a big occasion; a World Cup in Brazil – the spiritual home of football – is an even bigger one.

For the host nation itself, the occasion is bigger, so is the expectation. The millions of home fans will demand nothing less than winning, and the expectation lies on the shoulders of one of the youngest Brazil squads ever.

Some World Cup odds have their predictions set on Brazil taking home the cup, others point to the fact that the Selecão may be over-reliant on young superstar Neymar. The Barcelona forward is the centre piece of Luiz Felipe Scolari’s squad, and as well as his fans he has his doubters.

The squad will have the story of the Maracanazo in the back of their minds, too. In the 1950 World Cup final Brazil fans were already jumping up and down, celebrating wildly. But their opponents, Uruguay, struck late in the match, Moacyr Barbosa the unfortunate victim, to take away the World Cup Brazil thought they had won.

Barbosa was never the same again. He once overheard a woman say to her son after spotting Barbosa in the supermarket: “that is the man who made Brazil cry”. Barbosa was a sign of bad luck in Brazil. He was refused commentary jobs, sent away from the Brazil training ground due to fear of Barbos himself being a bad luck omen.

He was once gifted the goalposts of the famous Maracanã – but subsequently burnt them. Barbosa was spat on and was regularly abused. He was refused jobs because of this stigma that had been placed on him.

“In Brazil the most you get for any crime is 30 years. For 50 years I’ve been paying for a crime I did not commit. Even a criminal who has paid his debt is forgiven. But I have never been forgiven.”

These are some of the words of Barbosa, who from that day versus Uruguay and onwards, literally lived a nightmare. Hearing this story makes you wonder about what would happen to the modern day footballers if the same scenario repeated itself 64 years on, and the Maracanazo came back to haunt Brazil again.

Discussion: The Man Who Made Brazil Cry