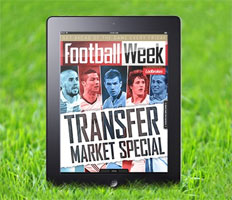 The football transfer market has boomed in recent years with an increase in foreign owners and higher TV deals. Eleven out of the twenty Premier League clubs are owned by foreign owners, these include six American owners, one Malaysian, a Swiss company, a Russian, an Egyptian and Emeriti.

In 2009, UEFA and FIFA introduced Financial Fair Play Rules (FFP) to try and stabilise the ever growing football market with transfer fees of up to £80 Million being paid by Real Madrid for Portuguese and Manchester United winger and Forward Cristiano Ronaldo, this smashed the world record of Real Madrid’s £56 Million signing of Kaka from AC Milan who re-joined Milan this year on a free transfer.The last four world record transfers have been broken by Real Madrid under club president Florentino Perez, whose company is only worth $36 Million.

The way that Real Madrid and Barcelona have made most of their money is by television deals, in Spain clubs individually sell the rights to show their games on TV and in 2011-2012 Real Madrid received £109 Million for their matches being shown on Satellite TV compared to Getafe who earned just £12 Million in the same period of time, comparing this to the BPL Manchester City received £60 Million while relegated Blackburn received £40 Million in TV revenue £28 Million more than 13th placed La Liga side Getafe. Madrid also make on average £150 Million a year from ticket sales , with the cheapest tickets starting at £43 to £635 for El Clasico and 1.5 Million from Shirt sales every year.

Football agents play a big part in making transfers happen here a football agent describes his role :
“As the agent, I would take a complete role in this. I'll sit down with whoever is in charge of the negotiations for the buying club and discuss terms. I’ll also discuss with my player whether it's the right club for him to go to. It’s not always just about money - it's also about the progression of the player and whether or not it's right for him to go there.”

Football agents try and raise the transfer fee of players as agents receive 25% of the 10% that players get from the total transfer so if X player is sold for 40 Million the player will receive £4 Million and from that the agent will receive £1Million before agent fees are included in the contract.

The main people involved in the transfer market globally tend to be champions league teams that want to strengthen their sides such as Chelsea , Manchester United , Barcelona , Real Madrid and Bayern Munich, lower league teams such as teams playing out side of nations top divisions rarely spend over a 1 Million on a single player with the English Championship being an exception with Blackburn Rovers spending £6 Million on Jordan Rhodes.

If these market leaders were to stop spending as much money unlike other market such as shopping and airline markets it would make the markets a lot more competitive and affordable ,due to many teams that do not qualify for continental competitions can not afford to spend £30-£40 million on a striker that doesn’t produce such as Andy Carroll , Dimitar Berbatov or Andriy Shevchenko. Teams such as Hull City or Fulham do not have the necessary funds to break into Europe meaning they can not compete with best as they can only spend around 6M on a single player compared to Manchester United that spend £20M plus on a player. Less than 2% of the money from transfer fees filtering down to smaller clubs or the amateur game while transfer fees have increased by 744% in the last 15 years.

Overall in the Barclays Premier League made 50% of its revenue from broadcasting with the other half made from match days and commercial sales. While overall the Barclays premier league can spent more money on transfer fee’s due to it all the teams between them create £2.9 Billion while France only make £1.1 Billion dictating the prices that clubs can pay for players although due to the billionaire owners of AS Monaco this correlation doesn’t always work as all of their transfers have come from investment rather than revenue.