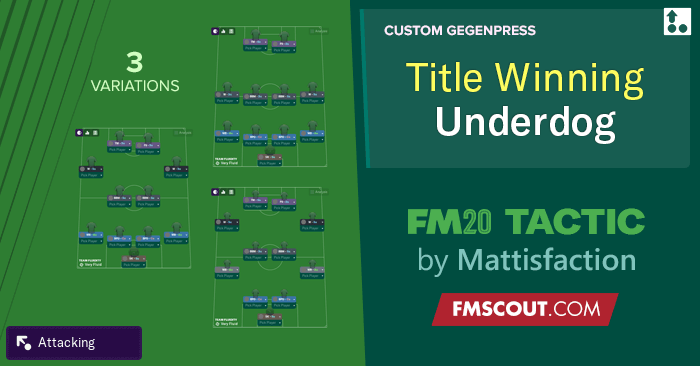 Intro
As a Birmingham City supporter, frustrated with watching Karanka's extremely defensive football*, I thought to myself; there must be another way to play. Having voiced my opinions, I decided to put my theories into practice (albeit on FM20). 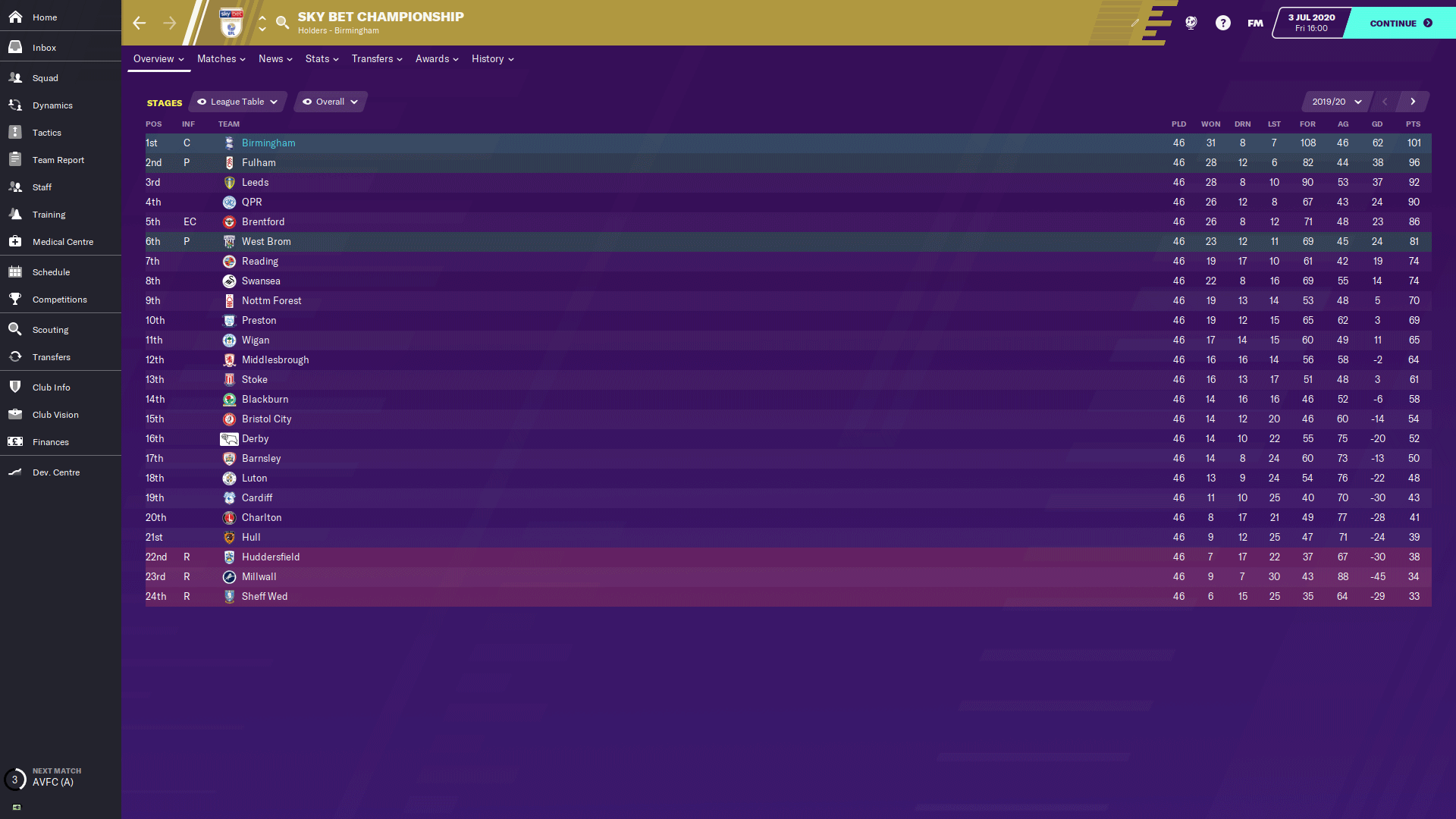 The Formation
I created a 4-2-4 formation based on a gegenpress. I focussed on utilising the Wingers and Fullbacks to attack, supplying a multitude of crosses each game. Using a Target Man and False Nine together, I was able to confuse the AI, creating a lot of spaces thus engineering clear cut chances. With the personnel at hand, converting chances is not a strong point, so the team needed to create a lot of chances to actually score. I set up the midfield duo as both Box-to-Box Midfielders in order to balance attack and defence. I tried other combinations but this setup worked the best. The defensive partnership is set up with two Ball-Playing Defenders to help keep play fast and furious. Finally, the Keeper is a Sweeper Keeper; but for the love of god, get anyone on loan  - Camp is not great. I managed to get Davies from Stoke. 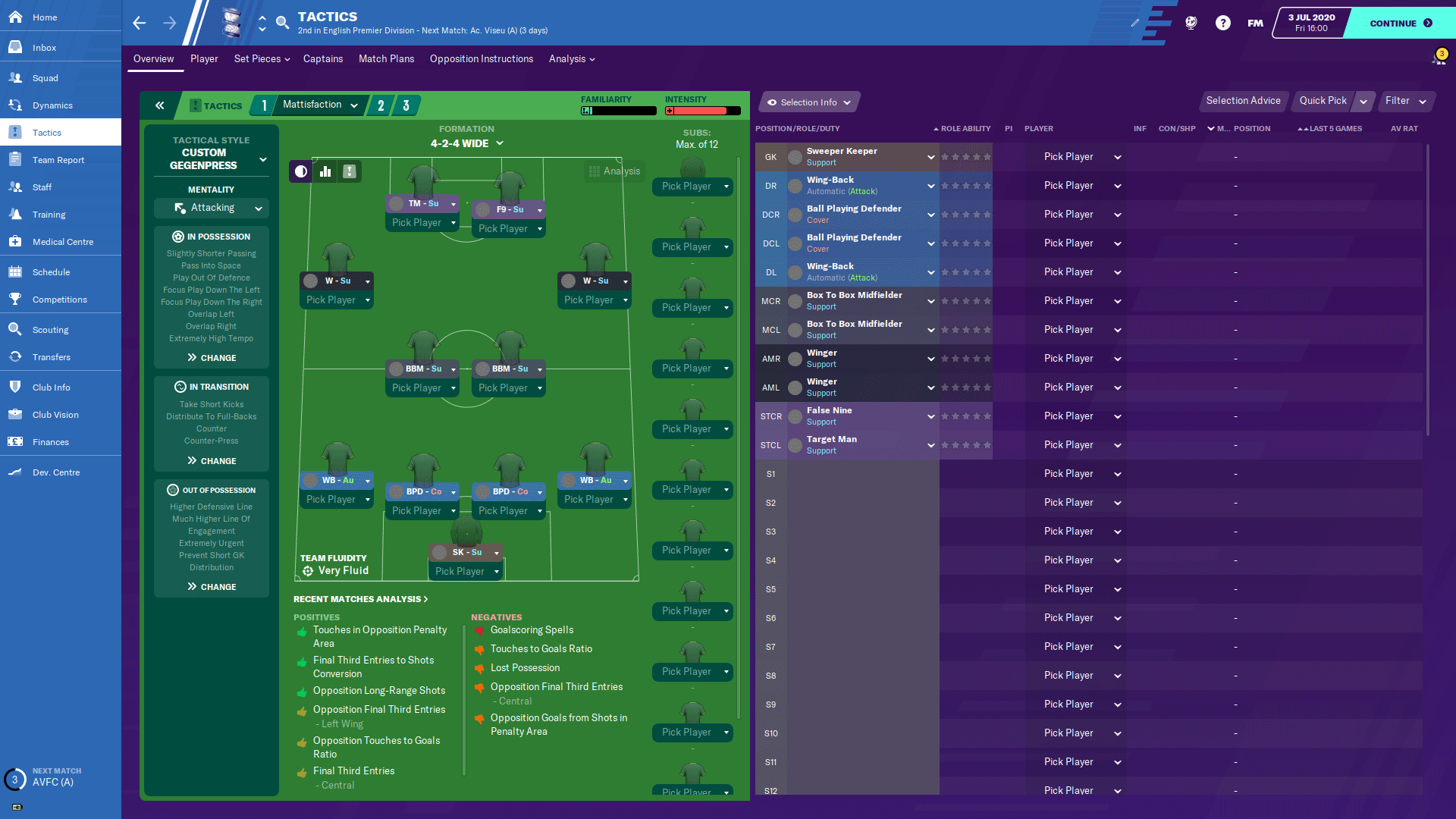 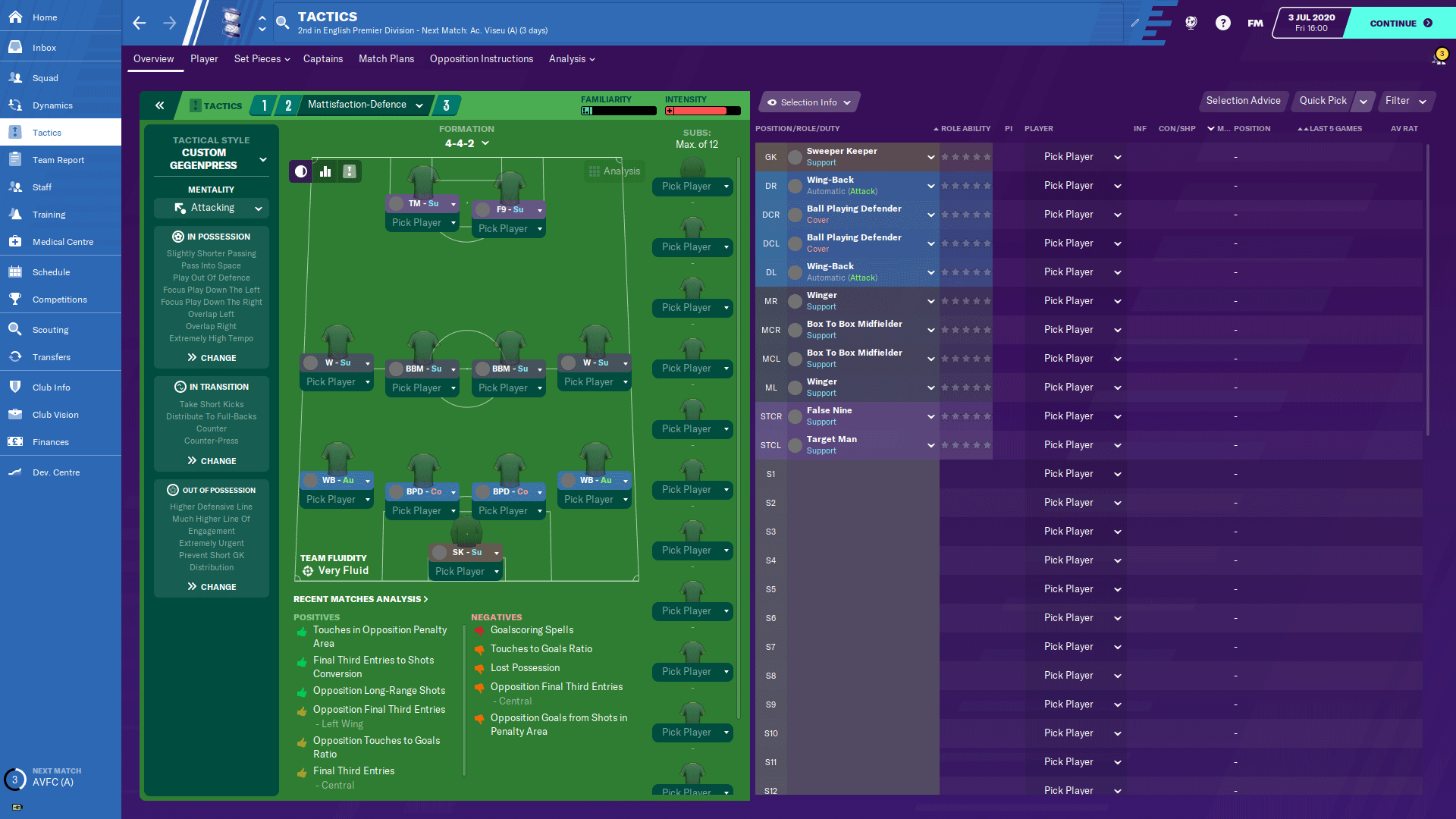 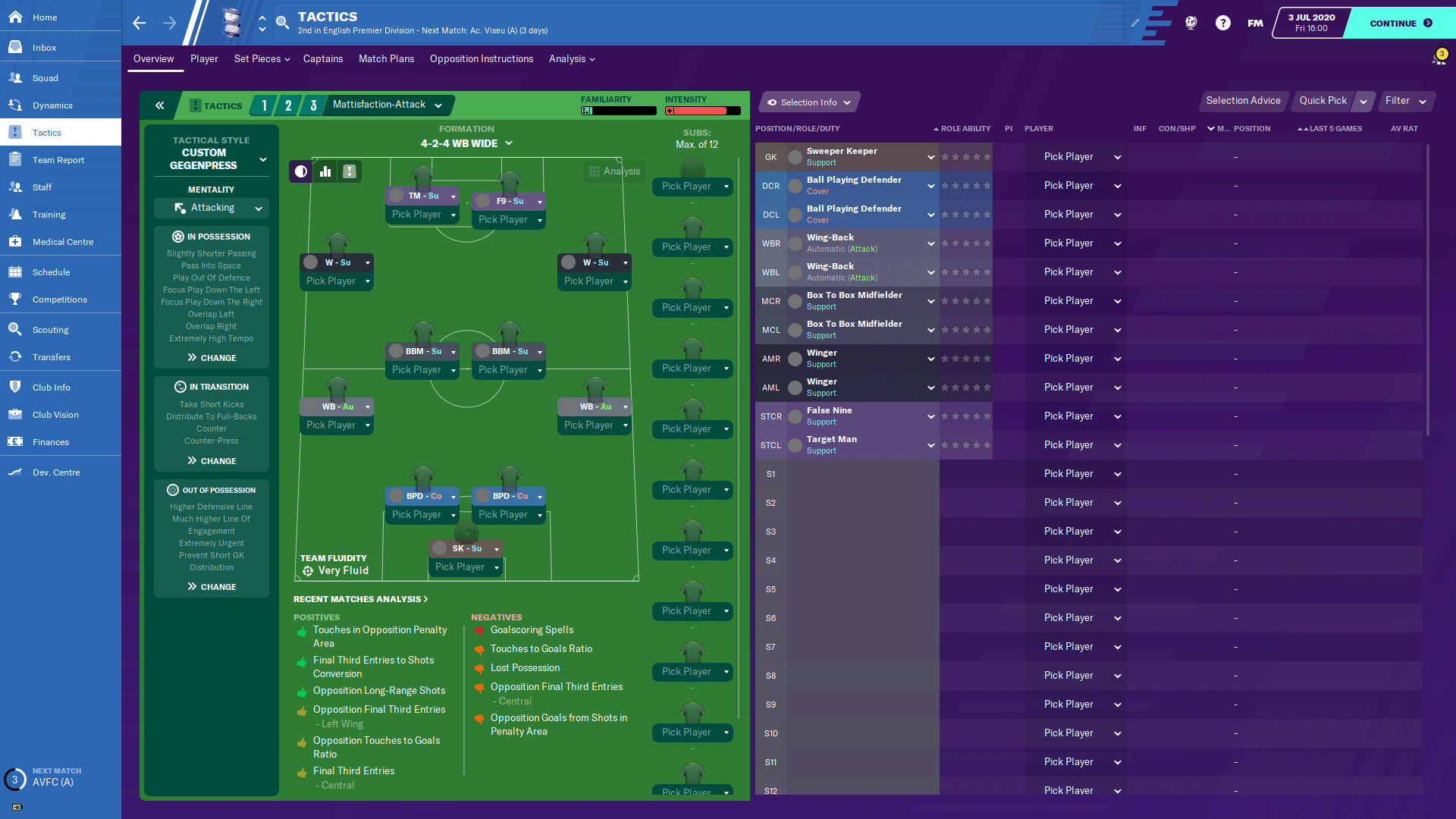 The Results
I won the Championship with 101 points and a goal difference of 62. The team created the most chances in the league but had a poor conversion rate due to the players low finishing. We won 31, drew 8 and lost 7. Scored 108 goals and conceded 46. 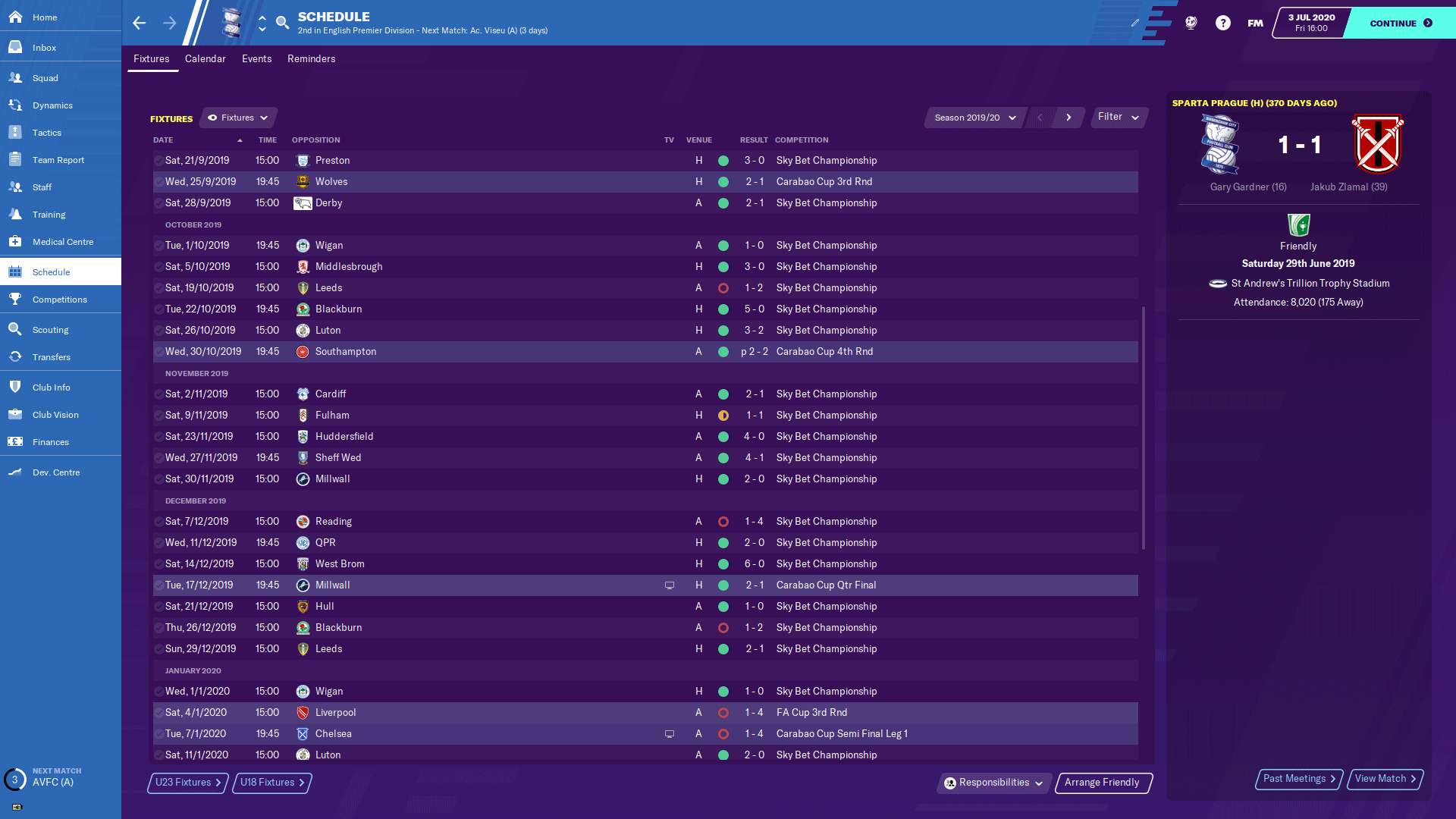 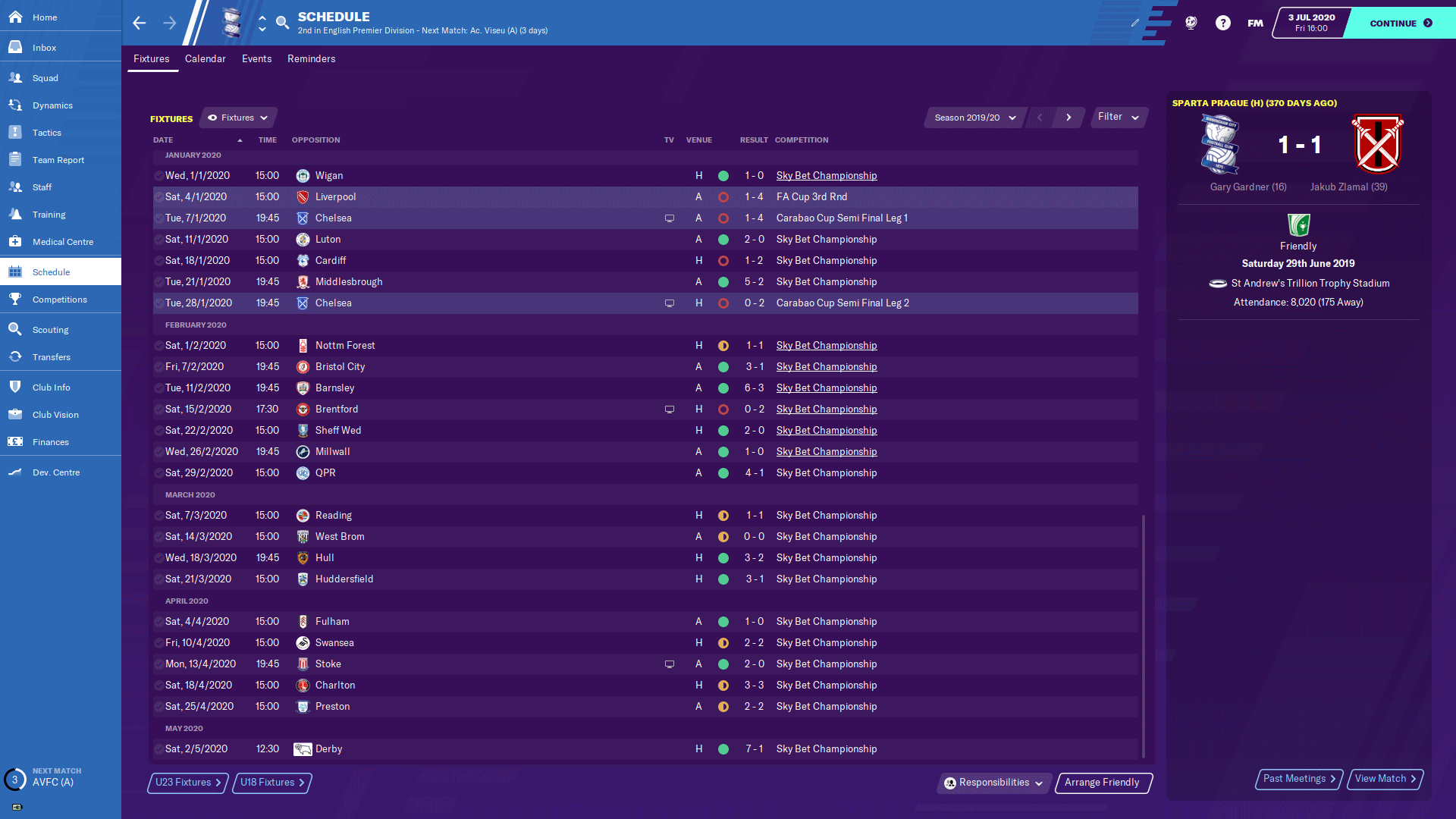 *However, I am very grateful that Karanka has made us hard to beat as we were woeful towards the end of last season - but would like to see the team set up to attack weaker teams and utilise the squad's strengths.