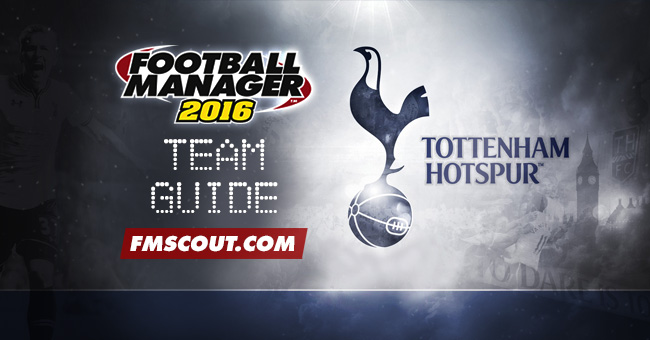 Tottenham Hotspur are a club from northeast London, founded in 1882. Spurs haven’t got a lot of silverware to brag about, with only 2 Premier League titles, one of them achieved in the early 1960s, where Tottenham, led by manager (and club legend) Sir Bill Nicholson, had their most successful of times, winning the FA Cup, 2 Community Shields, and the European Cup Winner’s Cup. Spurs felt hard times following their success, and even getting relegated from the top flight mid-80s.

It’s fair to say that now, Spurs have established themselves as a great Premier League side, despite their most recent accomplishment only being a League Cup in 2008.


Finances and Board Expectations

It is better to fail aiming high than to succeed aiming low. And we of Spurs have
set our sights very high, so high in fact that even failure will have in it an echo of glory.

Tottenham are run by investment group ENIC, with Mr. Daniel Levy running the club. He’s known for some very frugal deals, despite the club having some very healthy and rich finances, overshadowed by debts that came with the new stadium, coming in 2018.

Still, the starting budget for Spurs is a very lovely 17M£, with just under 200k for wages freed up, in which the board will expect you to get qualification for Europa League (Top 6), which may prove to be the best option (Media Prediction: 6th). If you’re interested, you may increase this budget, by promising to the board that you’ll get Top 4 (19M£), or (if you’re brave enough) even win the EPL (21M£).

The formation you’ll most likely be seeing yourself playing with. Probably the most used formation in football these days, and for a good reason. The players you have at your disposal will most certainly fit in this tactic. I’ll leave it up to you whether you’d like to set up your midfield.

On the matter of Team Instructions, I like to play with overlapping full-backs, and a high pressuring defence, whilst working the ball to the box.

I’d advise to play a 4-3-3 in those tricky away games with a more direct counter-attacking philosophy whilst remaining, as follows:
AP (S) ----- BBM(S)
DM (D)

I’d leave the team instructions similar to the 4-2-3-1, but maybe keep a more conservative line, especially with your defence. In this formation, I like using more direct wingers, and a poacher up front to get you the goals.

Goalkeepers:
Only one choice for the man between the sticks: Hugo Lloris. Spurs and France captain, and one of the better keepers in the world. You also have another decent goalkeeper in Michel Vorm. A bit older (31) that Lloris, I normally don’t keep him around, especially considering his wages (40k), and the fact you can get better and younger keepers for cheap. You also have Thomas Glover, a 17 year-old Australian that start in the U21s, but if nurtured well, has the potential to be a star.

Right Backs:
A strong department in the squad, with Kyle Walker be the first in the picking order. He’s relatively young, and has fantastic attacking and defensive output, and he’s English. Trippier, a new signing from Burnley, will be your backup, an Englishman with very good going forward, but a bit weaker in defensive duties. He never really broke through to the starting XI, and ended up selling him. However, you got 2 great youngsters in the academy, Yedlin and Walker-Peters, both full of potential.

Centre Backs:
The signing of Toby Alderweireld, has given Tottenham defence some needed solidity. Partnering him with Jan Vertonghen, should give you your 2 starting CBs. Wimmer, another new signing will be one of your backups, with a fair bit of potential could challenge for a spot. Fazio, on the other hand, you’ll probably want to sell, considering his wages and age; and the fact you have probably the brightest star of the academy coming through as a CB, Cameron Carter-Vickers.

Left Backs:
2 great options here – Danny Rose and Ben Davies, both incredible young full-backs. Who to start is up to you, but Ben Davies always stood up to me as the best choice, both short and long-term.

Defensive Midfielders:
A lack in depth here. Eric Dier, previously a right-back/centre-back, has been adapted to a CDM in real life, but can play all 3 positons in the game. Up to you where you deploy him, but as CDM he lacked presence, so this is a place where you should strengthen with a new signing.

Central Midfielders:
A position which will definitely cause you headaches, with so much talent to choose from. Mousa Dembele and Dele Alli have been the homewreckers for Spurs’ season so far, both with a bit more emphasis in carrying the ball forward, instead of building-up play. Nabil Bentaleb and Ryan Mason could be choices as well, these more patient and more focused in playmaking, although these may not be as good as the first two.

Right Wingers:
Erik Lamela, which some Spurs’ fans considered a bad buy, has broken through this season and has got great attributes, and will be your starting choice. Andros Townsend will be a great backup and a good choice to have in the bench, considering his pace. Also watch out for 15 year-old wonderkid Marcus Edwards on your U18s.

Attacking Midfielders:
Your only choice here will be the Great Dane, your number 23, Christian Eriksen. Has some unbelievable stats, astonishing free-kicks, and is still very young. Get the best out of him, and the results will show. Mason and Dembele are all capable of coming in as backups.

Left Wingers:
Heung Min-Son, Spurs’ most expensive signing this summer, will most likely be the wisest choice for the left side. The Korean international boasts some great stats, and still has time to develop. But, Nacer Chadli may have a word or two in the line-up, even though is a bit older.

Strikers:
“He’s of our own, he’s of our oooooown, Haaaarry Kane, he’s one of our own”.
The meteoric rise of Harry Kane, was one of the main talking points of last season, and although he has had a slow start to the season, he’s got his boots on right again, and is scoring goals for fun. He should the main man up front for your save. But, make no mistake, this a position where you must strengthen in depth, with Kane being your only real choice. You do have Cleiton N’Jie, which I’ve found to never really excelling in ST.

Your priority here should be getting a new striker ASAP. In real life, Berahino was Spurs’ top target, and could be one of the options. Gabbiadini, Barbosa, Embolo, et all, are all players you should be looking at.

A new def. midfielder could be a potential sector to be strengthened. Wanyama (another real-life target), probably stands out, but other great options stand out, like Maia, the 2 Benders…

And if you got some spare cash, invest it in a new goalkeeper, getting rid of Vorm, and purchasing a hot prospect, to develop and potentially replacing Lloris in the future.

So, as you can see, this Spurs’ squad is brimming of young talent, just waiting to be taken to the promised land of Champions League and, who knows, to a BPL title. Especially with a new stadium in the way, the board are expecting a manager to take them to the next level, using those 5-star training facilities, and all the wonderful resources that Spurs will be giving to you, should you succeed.