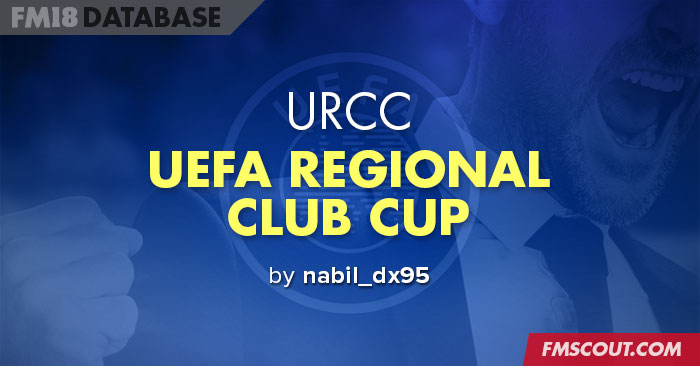 Last year there were rumors about UEFA planning to create a third continental club competition after the UEFA Champions League & Europa League. So, I think it’s best for the competition to be at European regional level.

At least one of the next best placed clubs from nations of these regions (except the top 5 leagues of Europe : Spain, England, Germany, Italy, France) that did not qualify for either the UEFA Champions League & Europa League are eligible for these competitions.

Note : -
- To keep each competition to have the same number of nations (12-13 nations) a few nations are moved from their original region to another, for example : Albania from East to Southern Europe
- Each competition starts with a group stage of 16 clubs, so there are 3-4 best nations that have 2 clubs qualified. The best nations are determined by the UEFA Coefficient Ranking 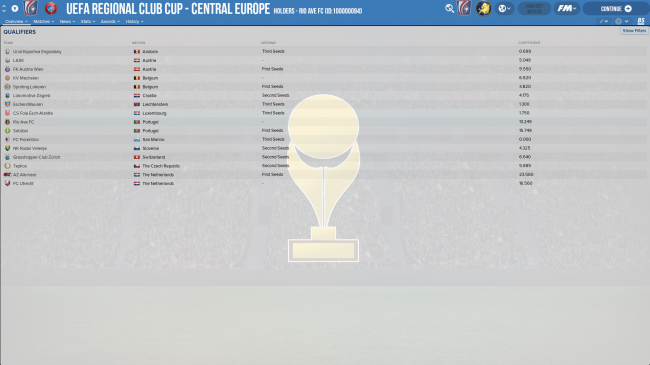 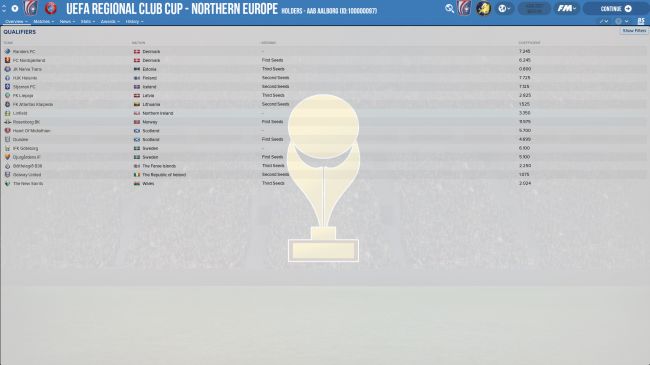 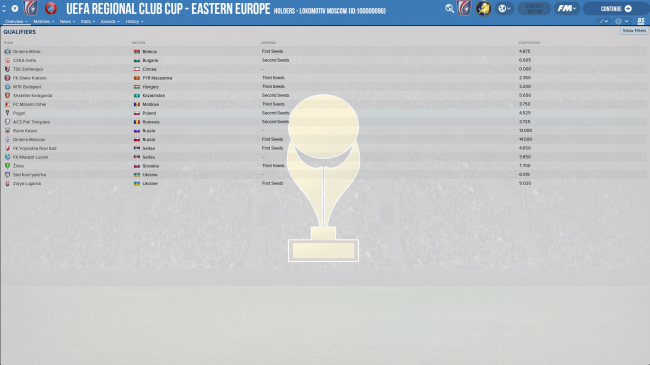 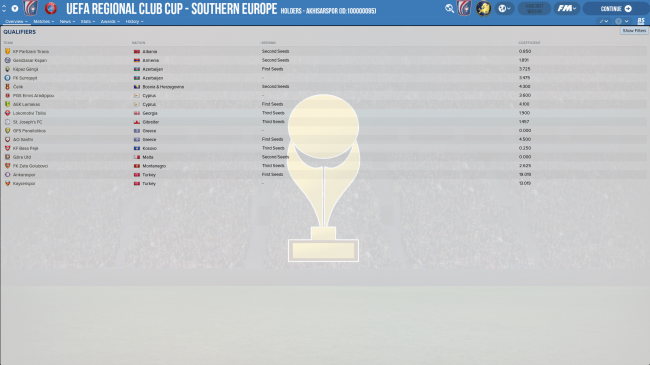 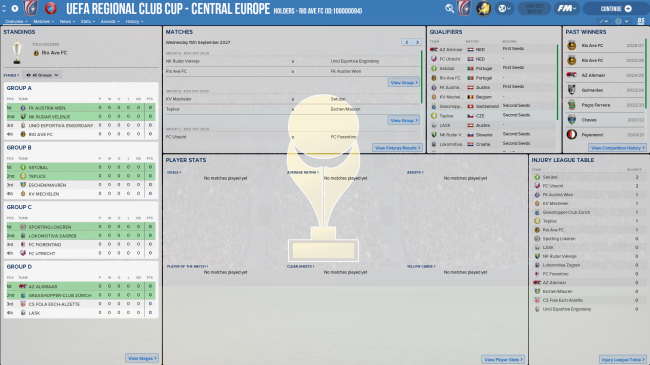 How to add the URCC on FM18