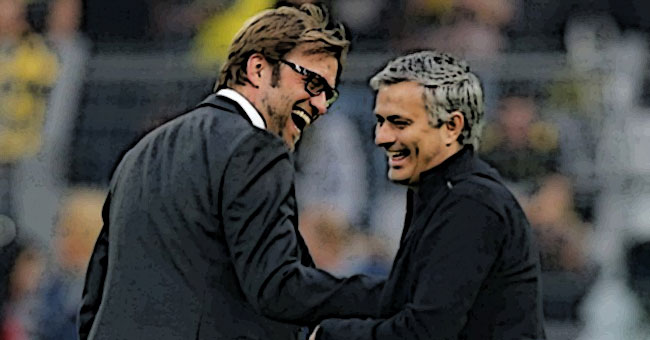 Football may be primarily a game of skill in which supremely talented athletes achieve great heights of prowess at a speed that would make mere mortals’ heads spin, but there’s no denying that luck, or lack of it, also has a big role to play.

And, all too often, it’s the poor old manager who’s the fall-guy for twists of fate over which they have little or no control. Obviously, it’s all relative and they can’t really be compared with the unluckiest people in the world – after all, a manager’s fall from grace is often accompanied by a multi-million pound pay off.

But in a game where your status is defined by the successes you achieve it’s more a question of egos than bank balances that are dented. So here are five managers who may have been walking under too many ladders – or maybe they’ve broken a dressing room mirror or two.

Just 48 hours after winning La Liga in 2003 Del Bosque was given his marching orders – despite having also won two European Cups and another La Liga title in his time at the helm.
He had the last laugh, though. While Real didn’t win another trophy until four years later he became Spain’s World Cup winning manager.

The eccentric and entertaining Klopp may be presiding over a resurgent Liverpool but his Premier League fortunes seem to elude him in tournament finals. His most recent failure was in last season’s Europa Cup against Seville. He also came second in the same season’s Capital One Cup against Man City as well as losing three finals while at Borussia Dortmund.

It turned out that “The Special One” just wasn’t special enough for Roman Abramovich to stick with him, despite having won Chelsea their first league title for fifty years and following it up the next season. To top it off he then went on to win a cup double, only to be unceremoniously shown the door.

Long before Abramovich took over Stamford Bridge the club already had a reputation for a ruthless approach to managers. Dutchman Gullit had won the 1997 FA Cup and the team was progressing well in the League Cup and European Cup Winners’ Cup when he was sacked. They went on to win both competitions.

A controversial choice maybe as Big Sam certainly brought about his own downfall. But it was a job he had coveted for so long but only managed one match in charge. His consolation, though, was to be the only England manager ever to have a 100% win record.

Discussion: The unluckiest managers of all time