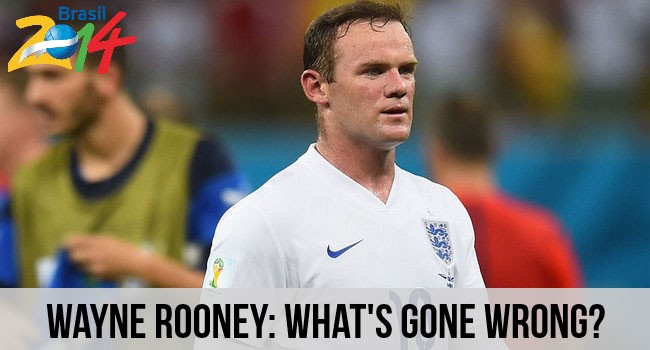 Wayne Rooney. A player who has had such an amazing career, scoring many goals for Manchester United and being a worldwide name in football. However, after his poor performance against Italy, what's gone wrong?

Going into the World Cup, England had a couple for friendlies to play in Miami where Roy Hodgson was going to evaluate all of his players who have a chance of making the first eleven in Manaus.
In their first game they faced Ecuador and Rooney got the start he wanted to show the World that he can perform in an England shirt. Hodgson decided to start the Manchester United forward on a wing which was surprising as he is most effective centrally behind the lone striker, which in this case was recently transferred forward Rickie Lambert.
Rooney didn't start too well however he managed to get a goal after Lambert's elaborate effort hit the post and Rooney followed in for an easy tap in, which gave all the England fans belief that Rooney has hit for just at the right time. 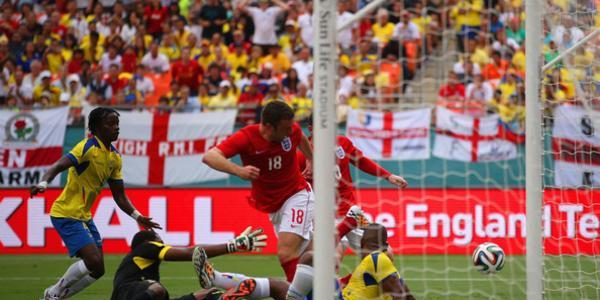 Lambert's effort hit the post and Rooney followed in to tap in the rebound to give England the lead against Ecuador.

However, Rooney didn't really do anything else worthy of writing about throughout the remaining moments of the game and the game finished 2-2. After Rooney's goal, Hodgson looked on with delight thinking that he'll perform well in Brazil, but how wrong was he...

In England's last friendly before heading to Brazil, Rooney started again but this time more centrally against Honduras, in which he wasted many chances and the game ended 0-0. Many England fans were concerned with his performance and many of the TV pundit's criticized Rooney after an abysmal display when he really should be hitting form judging by his previous match against Ecuador.
The English media really hit out at Rooney the day after the Honduras match with many headlines stating that the Manchester United player should not be starting, but instead Hodgson should be giving Everton's Ross Barkley a chance at centre stage against the Italians, however this did not affect Hodgson's team plans and he named the following line-up at the Manuas against Italy; 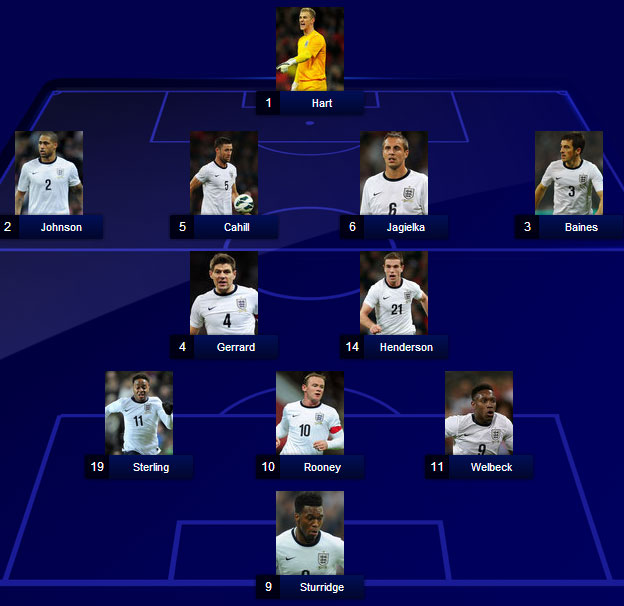 Rooney was named in the starting XI and was rumoured to be playing in his more favoured central position, however when the match began, we saw him on the left hand side and Raheem Sterling in the centre, which was a very bold move by Hodgson as according to many Rooney is a 'more established' player and should be more central as he is ineffective on the wings.

Rooney struggle playing on the wing as he kept moving towards the centre of the pitch, leaving Leighton Baines to deal with a 2 on 1 situation which is where Italy exploited England and how they scored their first goal, as they won a corner off Baines and from that following corner, the magician by the name of Pirlo, did a superb dummy and Claudio Marchisio finished exquisitely into Joe Hart's bottom right corner to give Italy the lead at the Manuas Stadium.
The only good thing Rooney did all night was supply a pin-point cross towards Daniel Sturridge who flicked the ball into the back of Sirigu's net making it 1-1 and giving England some hope that they could actually win the game and register a huge three points in their opening match.

But Rooney kept making the same mistake and left Baines outnumbered once more and Italy kept putting in deep crosses which England's centre backs struggled to deal with, and Rooney did not learn from his mistake as he allowed Italy to cross the ball into the back post where Mario Balotelli was waiting and he smashed home his header making it 2-1 to Italy and all fingers were pointed at Rooney for some horrendous defending on the wings which allowed the cross to be played in.

And to make it even worse for the number 10, he had a glorious opportunity to level the game up to 2-2 when he made enough space for himself in Italy's box and you would put money that he'd smash the ball into the bottom corner but nothing was going right for him as he dragged his shot wide of the post which left both England players and fans frustrated with how he played in the whole 90 minutes in England's first World Cup game in Brazil.
England eventually lost the game putting them in a bad position and making the game against Uruguay on Thursday a must win or England's hopes of progressing into the last 16 will have faded away as Costa Rica beat Uruguay in their opening game which was probably the biggest shock so far.

And now building up to that game, many newspapers are calling for Hodgson to be brave and drop Rooney for the match against Uruguay but Hodgson has put his faith in Rooney as newspaper The Sun quotes; 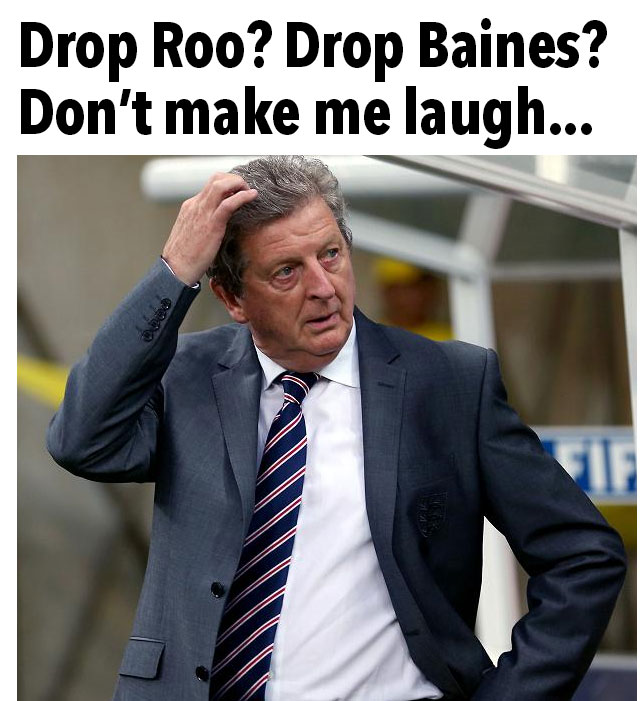 It will be interesting to see what team Hodgson decides to pick for their biggest World Cup game yet against Uruguay but if Rooney does start he will need to prove his doubters that he can perform in an England shirt and make for a memorable time in Brazil.