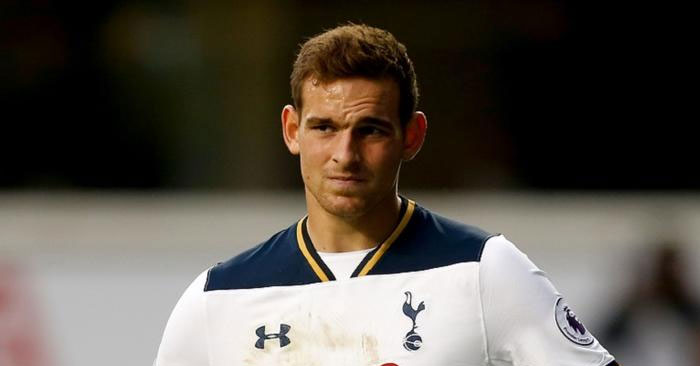 The Premier League is littered with star players and it could be argued that it is the most exciting league in the world, but there have also been a few who have flattered to deceive and those who were downright dreadful.

Among the current stars of the English top-flight, Tottenham’s summer import Vincent Janssen would certainly fall into that category. The 22-year-old arrived at White Hart Lane with a big reputation, having scored 27 goals from 34 Eredivisie appearances for AZ Alkmaar in the Netherlands. He has been capped nine times by the Dutch and already found the net on four occasions, but it has been a different story in England and a tale of woe at Spurs. The striker has just one Premier League goal from 15 outings this term and scored his first goal from open play in the 6-0 FA Cup drubbing of Millwall. Coach Mauricio Pochettino clearly does not trust the misfiring youngster and it remains to be seen whether he helps Spurs achieve their aim of a top-four spot this season. They can generally be backed at 1/5 to qualify for the Champions League and a cursory glance here will help you decide whether or not there is better value elsewhere.

No list of those who have now left the Premier League but will be remembered for the wrong reasons is complete without Sweden’s Tomas Brolin.
The midfielder starred for Parma in Serie A and was also a shining light for the Swedes, scoring 27 goals from just 47 appearances between 1990 and 1995. That prompted ambitions Yorkshire club Leeds United to sign him in 1995 for £4.5m and big things were expected of the talented Scandinavian. Unfortunately he proceeded to pile on the pounds and forgot how to play football at Elland Road, missing many games through injury and unexplained absences, prompting a move to Crystal Palace in 1997, where he was equally as ineffective before retiring a year later.

Manchester United have attracted many superstars over the years and they thought they had another when midfielder Eric Djemba-Djemba arrived to much fanfare in 2003. The Cameron international scored an incredible 38 international goals from 35 appearances but, despite being hailed as the new Roy Keane at Old Trafford, he was gone after two seasons after failing to make the grade. Aston Villa took a punt on the African but he rarely played for the Midlanders before moving to Qatar and into obscurity.

Radamel Falcao tried his luck with two Premier League teams but was equally as poor at both. United took him on loan from Monaco after the Colombia international had been productive when fit in the principality. A return of just four goals from 29 outings for the Red Devils in the 2014-15 campaign saw him move to Chelsea the following season, but even Jose Mourinho could not work his magic and he was back in France the following year. It was all a far cry from his exploits in La Liga with Atletico Madrid where the South American bagged 70 goals from 91 appearances in all competitions to propel himself to the forefront of European football.

Finally, another player who Leeds wrongly felt was worth big money was midfielder Seth Johnson. The Birmingham-born schemer arrived at Elland Road from Derby County in 2001 and the tale of his agent arriving at the club hoping to get his client £25,000 per week and leaving with an offer of £40K are legendary. Leeds were soon in financial trouble and Johnson made only 54 appearances over a four-year period, with the club even leaving him out of the squad on occasions so as not to trigger any further payments to Derby.

Discussion: Who are the biggest flops in the Premier League?