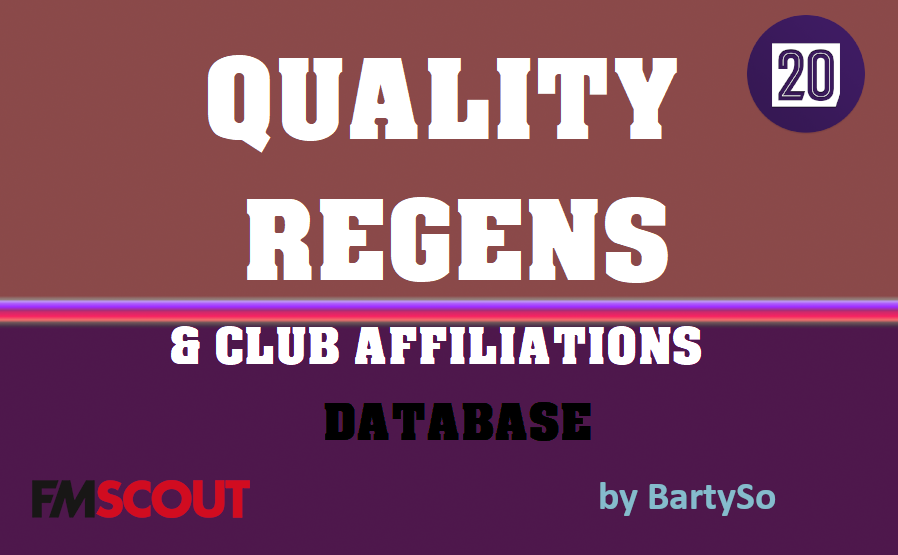 Proper quality of regens and club affiliations set to finally unlock the full potential of the Football Manager 20 engine.

Have you ever wondered how your game will look if you could focus your scouting on Africa or Asia instead of South America? Or even better if you can do it all at the same time? Are you in need to find new top striker like Lewandowski, Aubameyang, Adebayor, Drogba, or Forlan? Or maybe you are in the hunt for new Shinji Kagawa or Heung-min Son?

With thousands of changes made this is finally possible with Quality Regens & Club Affiliations Database for Football Manager 2020.

And don't jump into conclusions, you don't need to load hundreds of leagues, and more importantly, this small file won't slow your PC. Everything that I've done here was carefully made to bring more fun, and joy to all of you who were disappointed with how things worked out in FM20.


- Club affiliations changes, some of them are built like a spiders web
- Soft tweaks to club finances
- Improved youth search, and facilities
- Additional languages set for multiple nations

Now you can take a look at regens - screens were taken in the 3rd season of the game - 2022 year. All players were developed in their home countries, not in big European clubs. 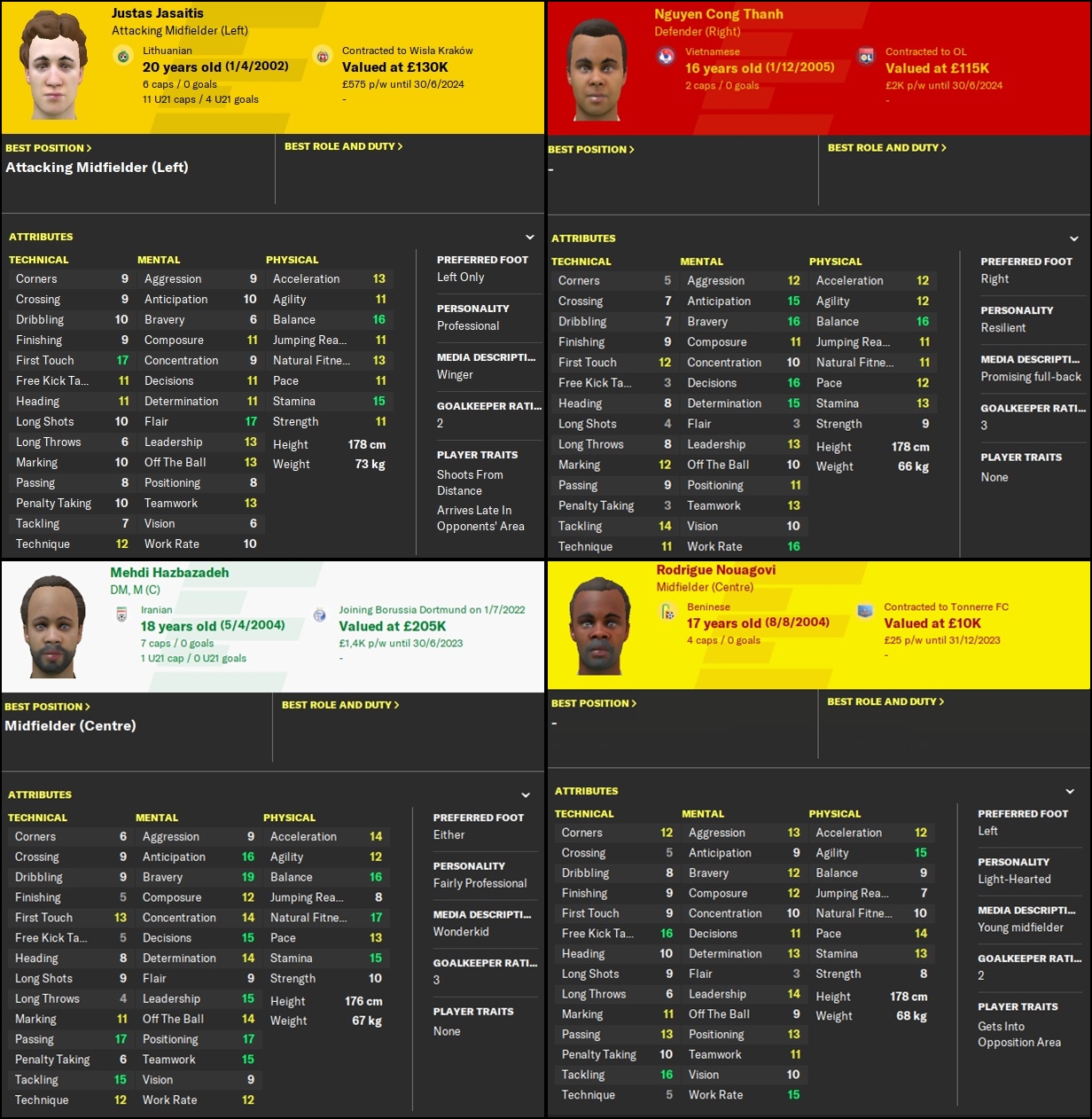 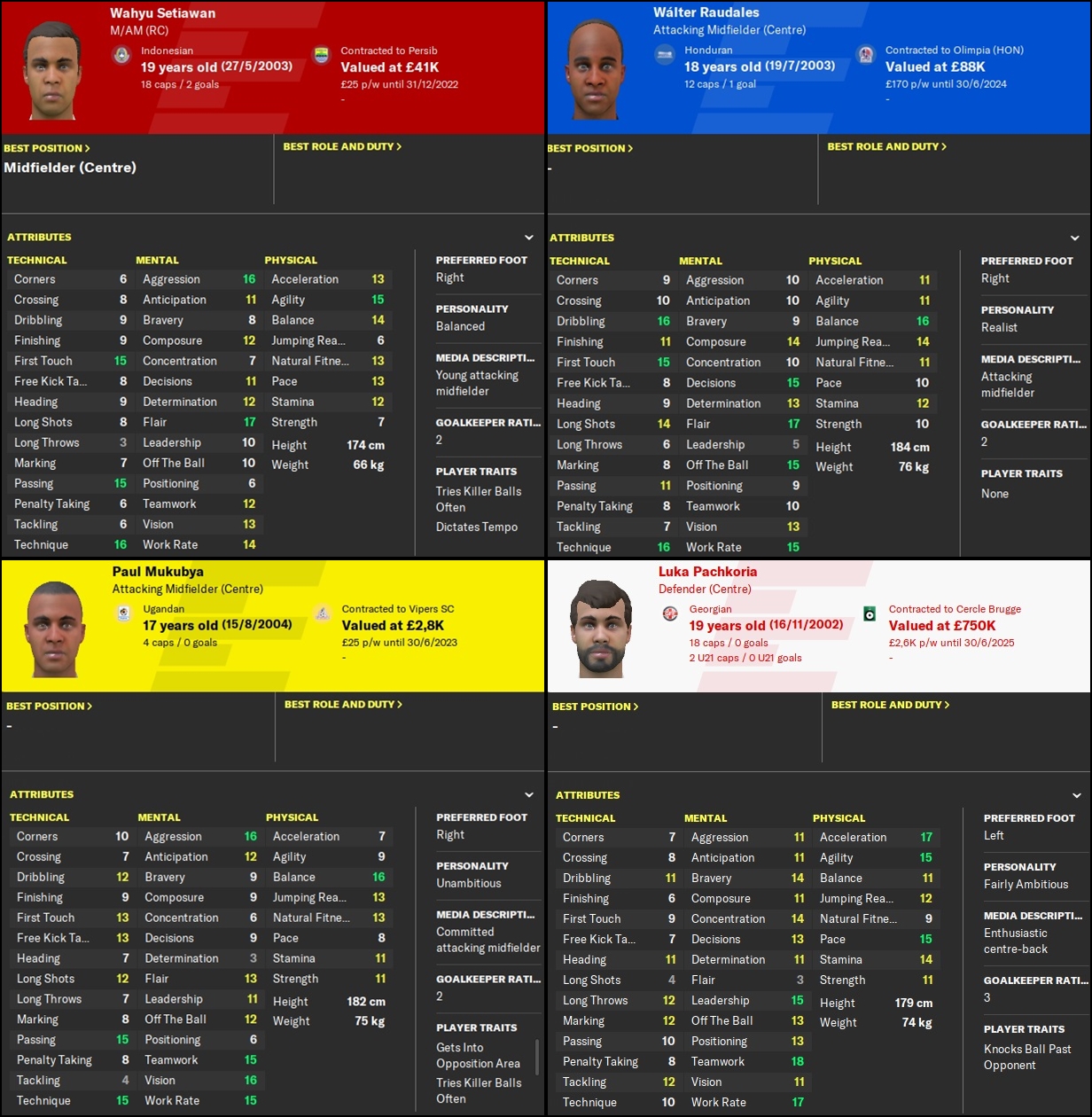 Now you can take a look at how some affiliations are set, you can also take it as a small guide on what options are important to set good affiliation. You can use it in the future during the game when you will ask the board to find you a feeder club. 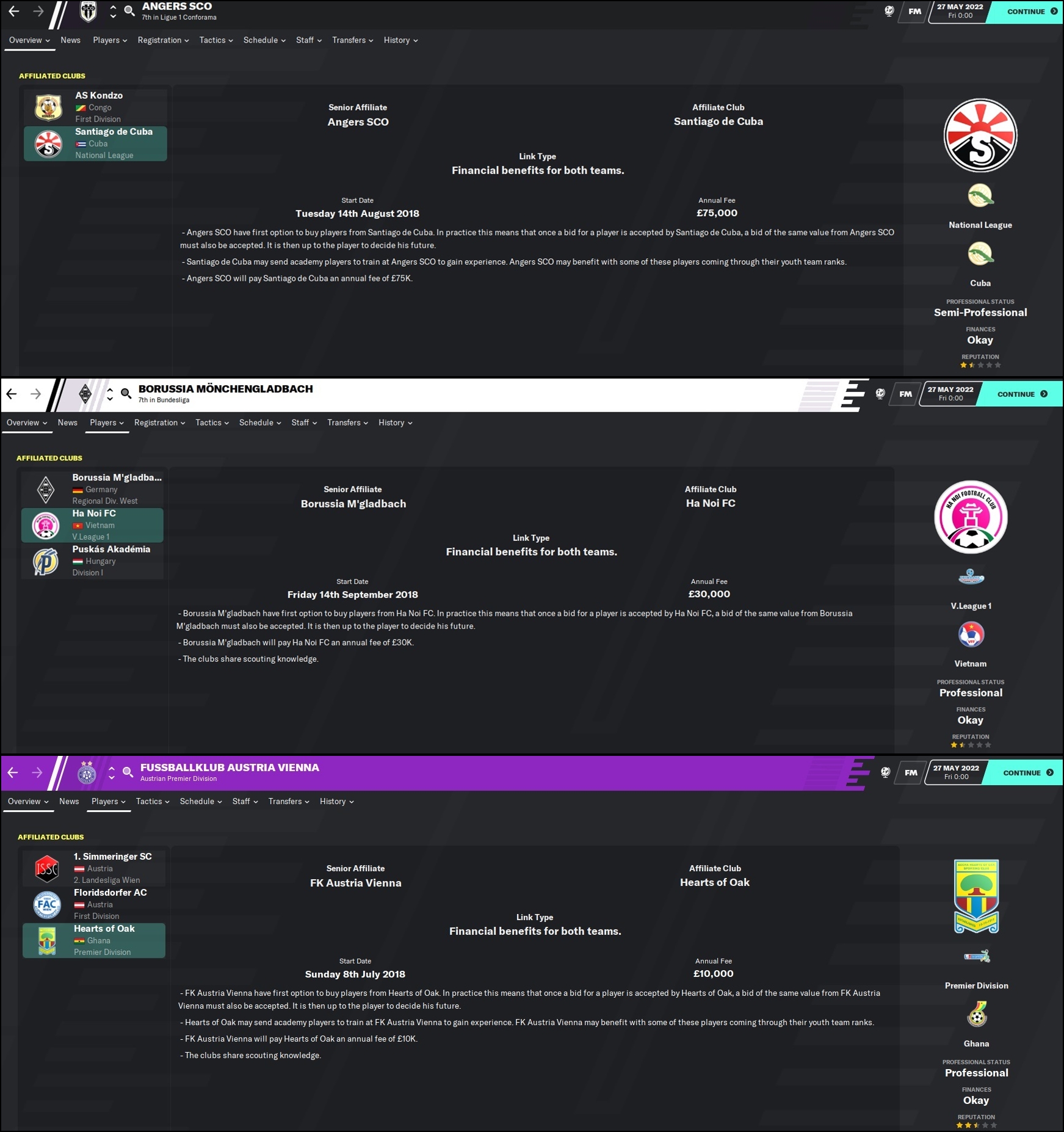 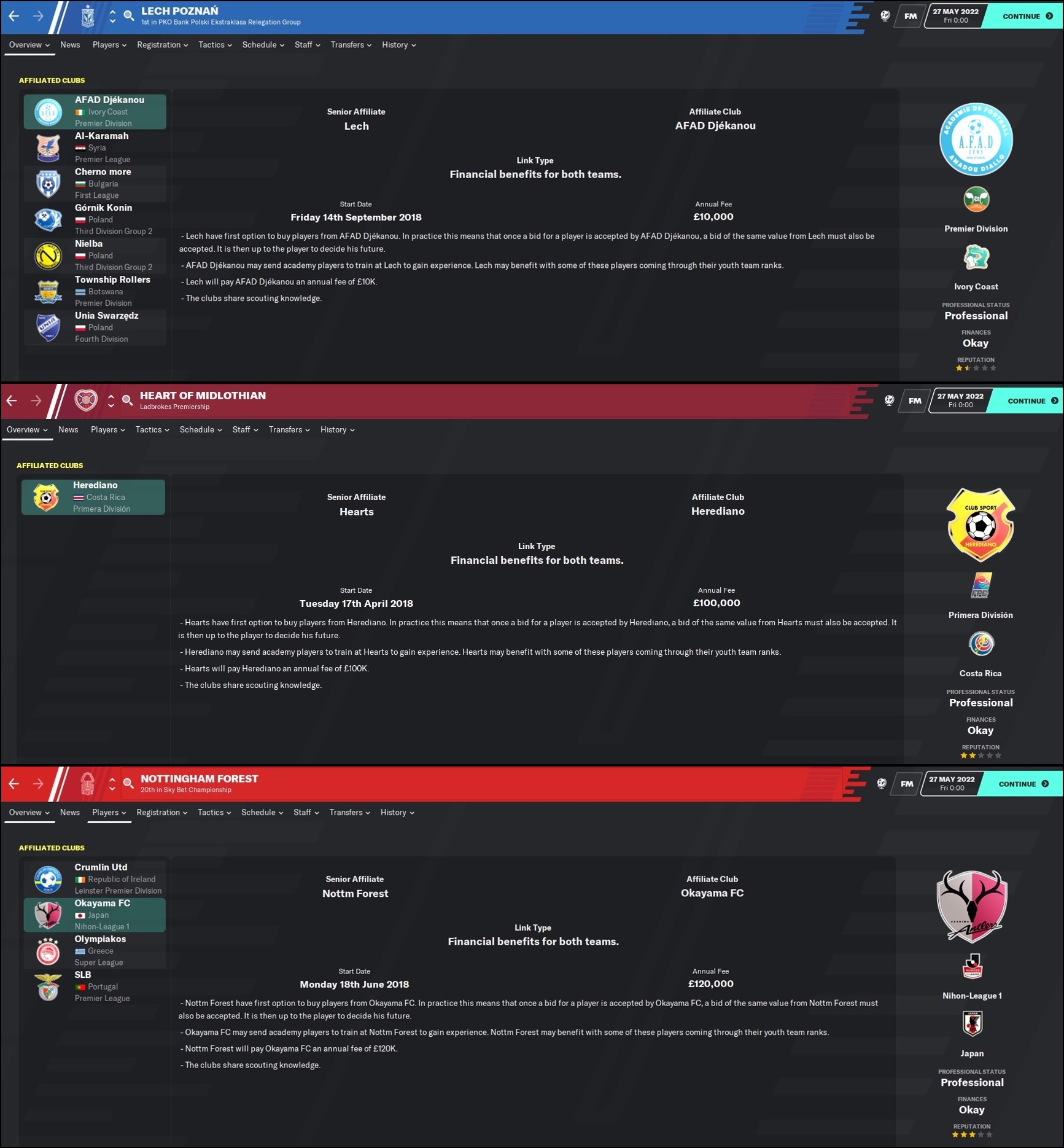 How to install Quality Regens & Club Affiliations Database for FM20?

1. When you're creating a manager give him one nationality from Africa for example Burkina Faso, the other one might be your preferable one. Of course, you can also make him Korean, Iranian, Ecuadorian, or whatever you prefer.
2. Add a few languages to your manager's resume, make him multilingual even if it might look unrealistic to know Japanese, and Suahili or Zulu.
3. When you will be deciding which league to play tick all neighboring countries.
4. Make sure to tick South Africa, Iran, and one of two: South Korea, India.
Then add at least one country from South America, preferably: Uruguay or Chile.
5. As for big countries like Brazil or Argentina, that's your decision to make if you need to pick one of them, but even if you don't tick them at all you will still see regens from those countries in the game.
6. European countries that you should be interested to tick: Poland, Finland, Sweden, Norway, Croatia.