There are many different styles of football, with regions and countries synonymous with a style of play. For example, the classic assumption of English football is that it's physical, quick and direct with teams often using long balls to go from back to front. The classic Italian style is a defensive solid game with technically and intelligently gifted forwards. The continental style is associated with the era of total football and the tiki-taka used by Spain. They used a possession-based game full of creative players, who would press intently to regain the ball when lost.

The Latin style of play is unique as players from South America tend to be smaller than their European counterparts. South American players tend to be very good dribblers with a low centre of gravity allowing them to glide around players, think of Messi, Maradona, Neymar etc. Players are very innovative and have the flair and imagination to create things out of nothing. They emphasise a short passing game with a high tempo, and their formations lack the structure associated with European styles allowing players freedom to roam across the pitch. The most famous example of this would be the Joga Bonito football played by Brazil throughout their illustrious history. 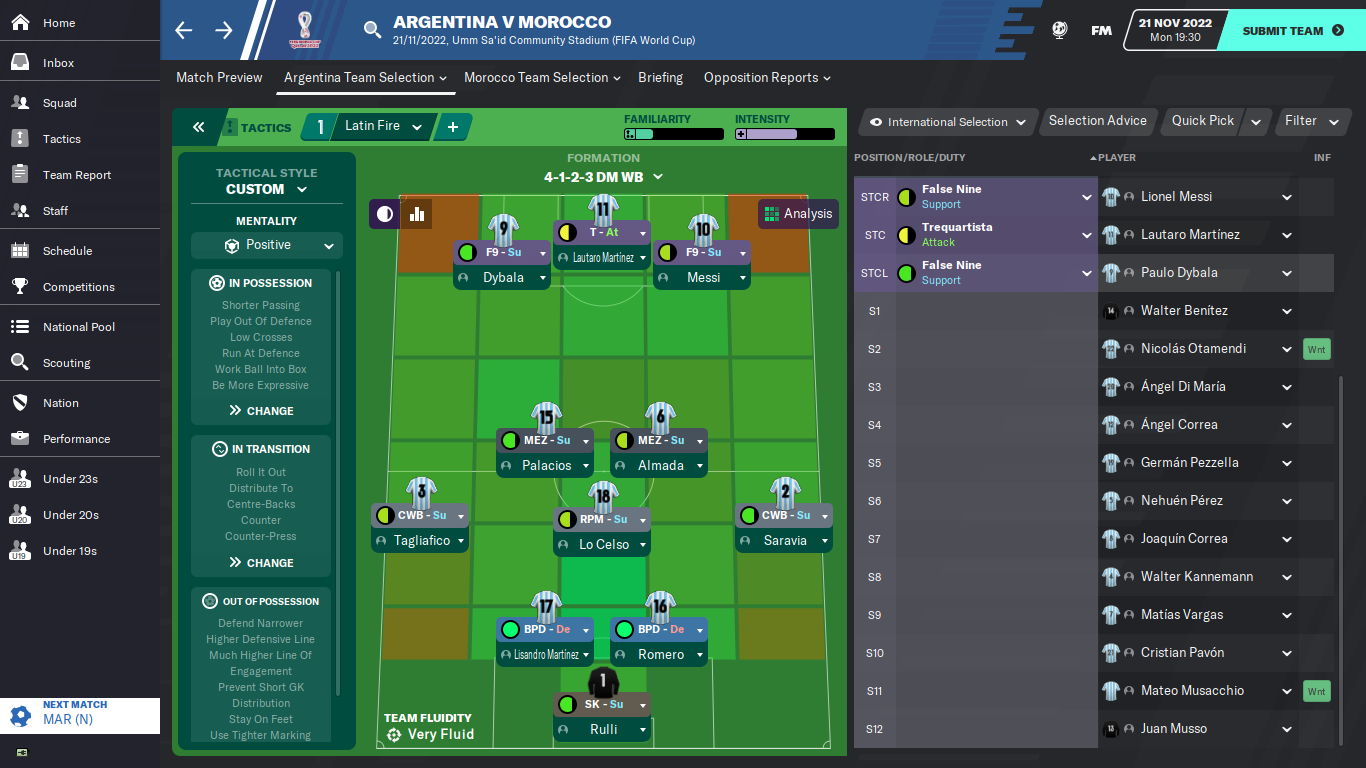 In order to capture the essence of the Latin flair, I have used a very fluid system with player roles that all have roam from position enabled. Starting at the back the team will look to play out, the centre backs are both ballplayers and have the ability to pick out a long pass into the wingbacks or forwards if it's on but their primary role is to form a diamond with the keeper and RPM to recycle possession and to beat the opponent's press, The image below shows a good illustration of this. 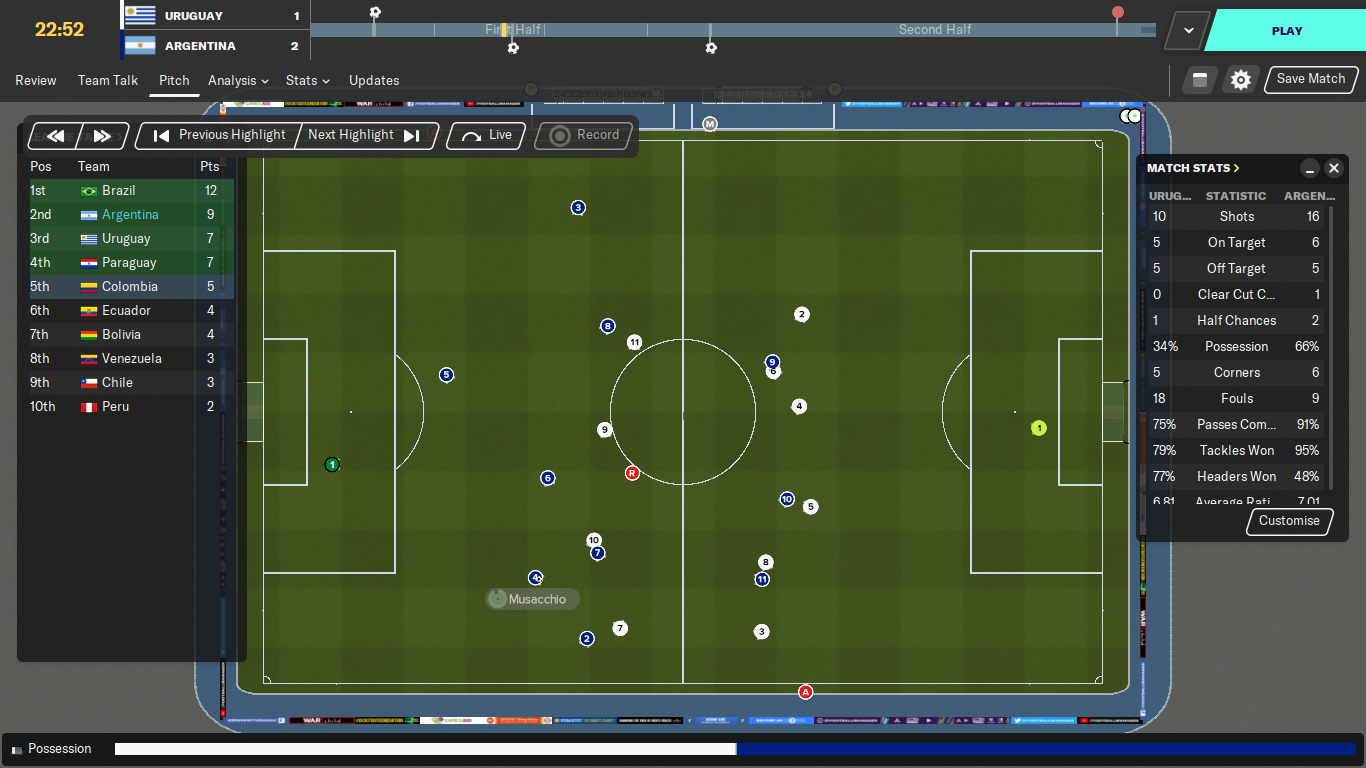 Shorter passing is used alongside a standard tempo, I did try using the higher tempos but I felt this was leading to attacks breaking down. Again as South American players are fantastic dribblers of the ball I have instructed the team to run at the defence and be more expressive. The wingbacks especially were fantastic at dribbling into the opponent's penalty area and which often resulted in a goal or a penalty being won. There is no out and out striker instead the forward players use their intelligent movements to move oppositions defence around to open up gaps for other players to run into. Much like Pep's Barcelona, the idea is to have players arriving late into the box. I have put a video together below to illustrate the type of movement and football you can expect with this tactic. 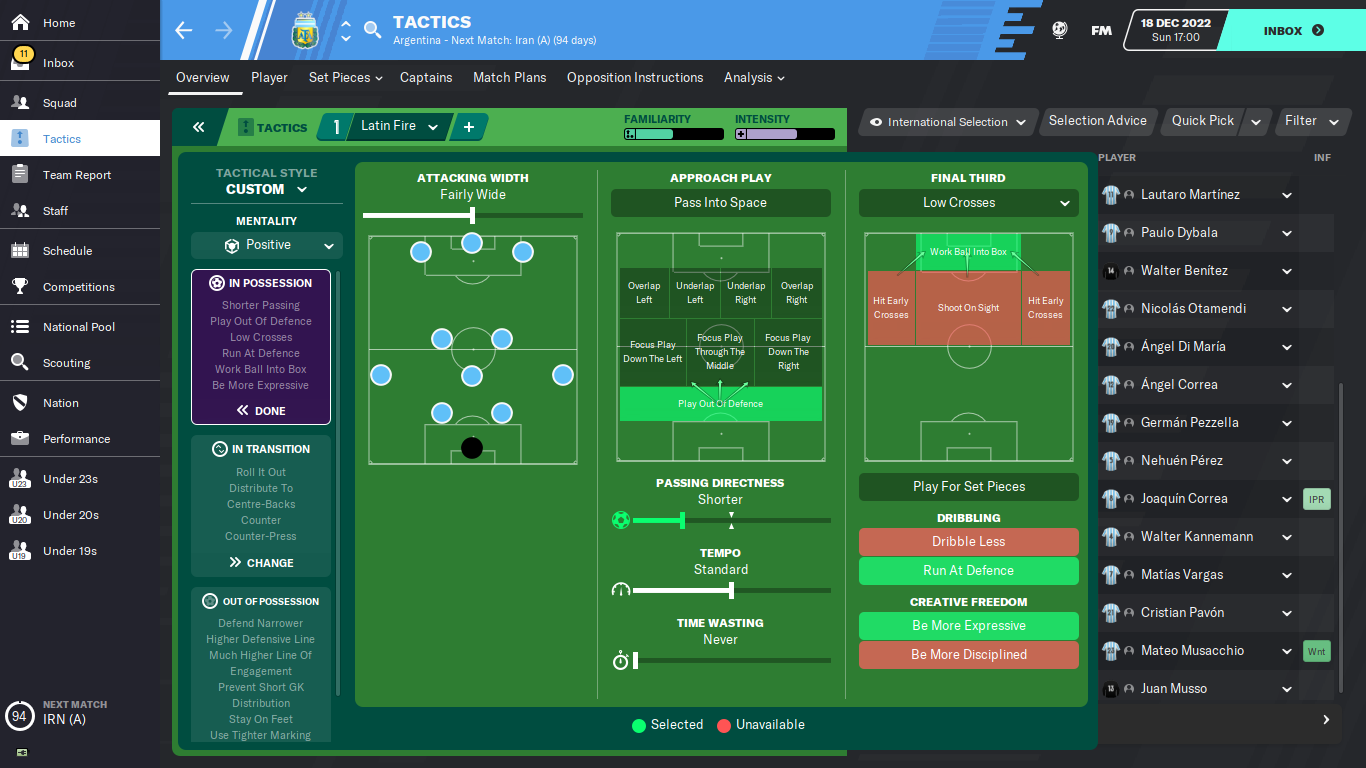 In transition, the team will both counter-press and counter this again feeds into the high-intensity football associated with Latin America, think of Bielsa's Argentina and Chile teams. The team is going to be aggressive without the ball in order to force mistakes and take advantage of any dwelling on the ball. The goalkeeper will start attacks by rolling the ball out to the centreback as was common back in the day. 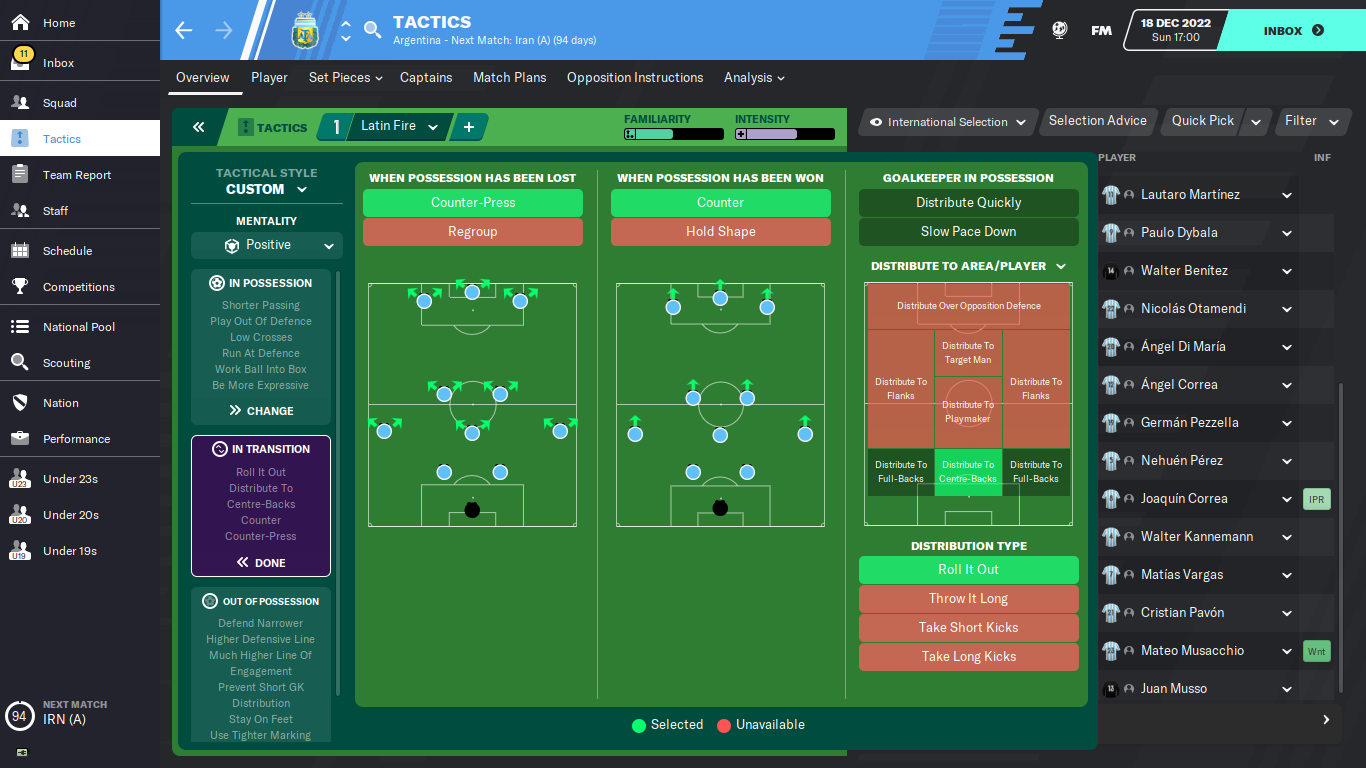 Without the ball, the team will maintain a high line to squeeze the pitch making it smaller and harder for the opposition to play effectively. To support the pressing the team is positioned high increasing the risk for the opposition to play from the back and to ultimately force them to go long. Again this supplements the aggressive and high-intensity style of Latin America. 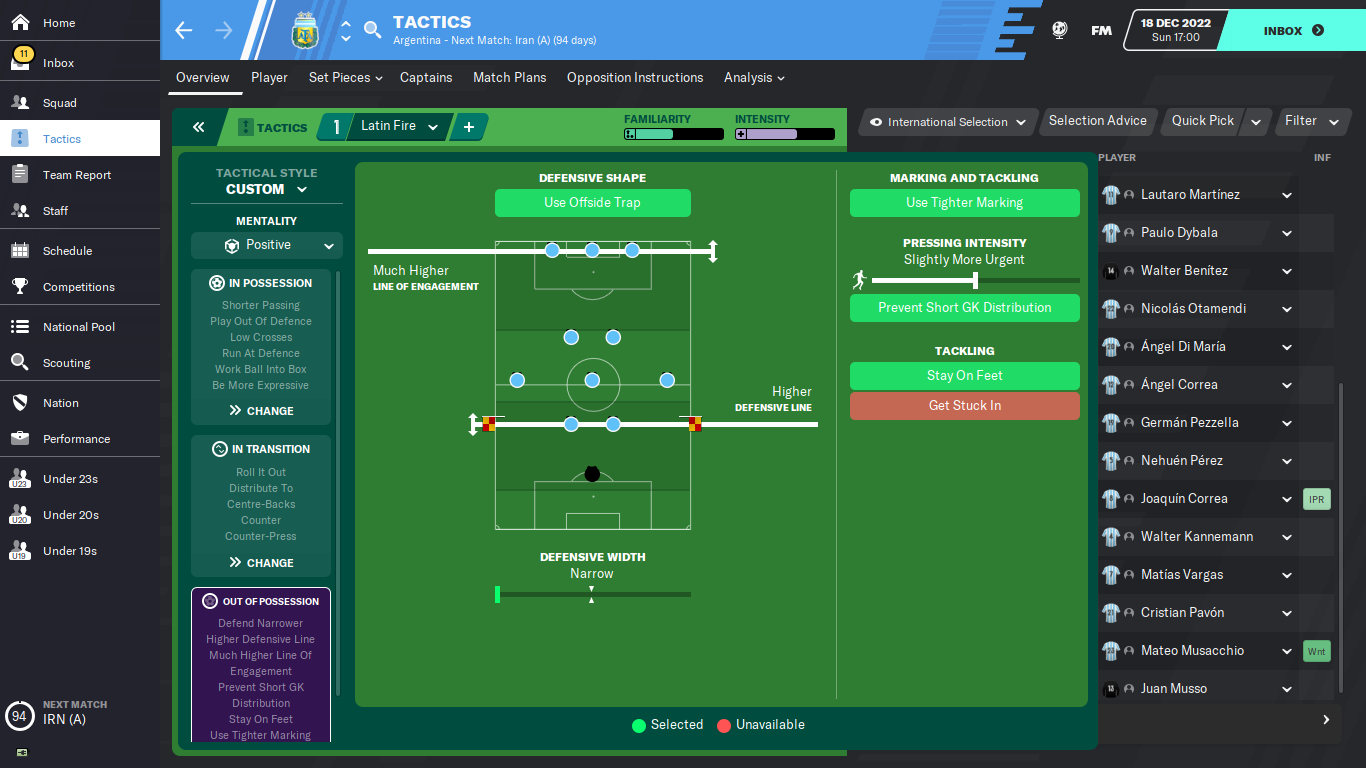 
I used this tactic with the Argentine national team as I felt they suited the roles and styles pretty well minus the defence. This is not a game-breaking tactic and it's purely designed with a style of play in mind. I was able to dominate the Copa America winning it comfortably. The world cup was a much tougher proposition and I managed to just about get the better of Brazil in the Final. 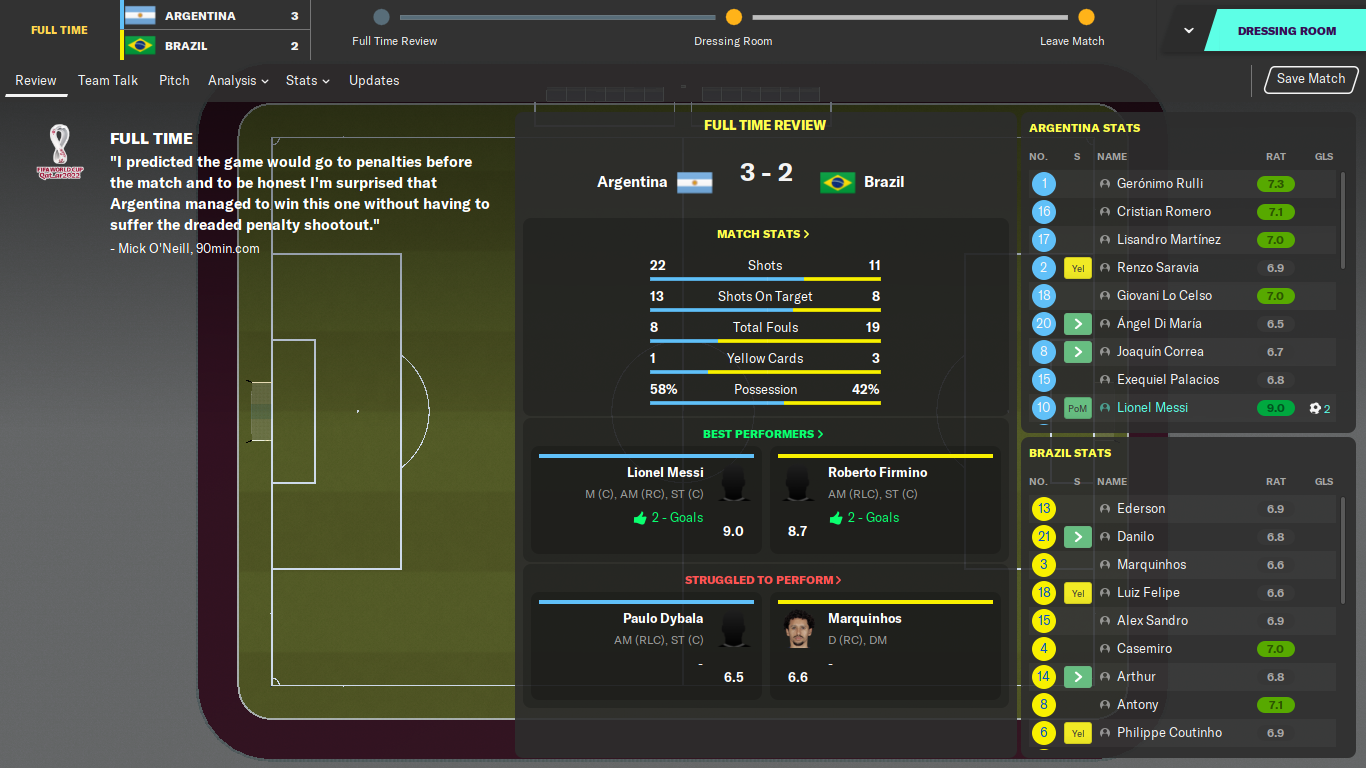 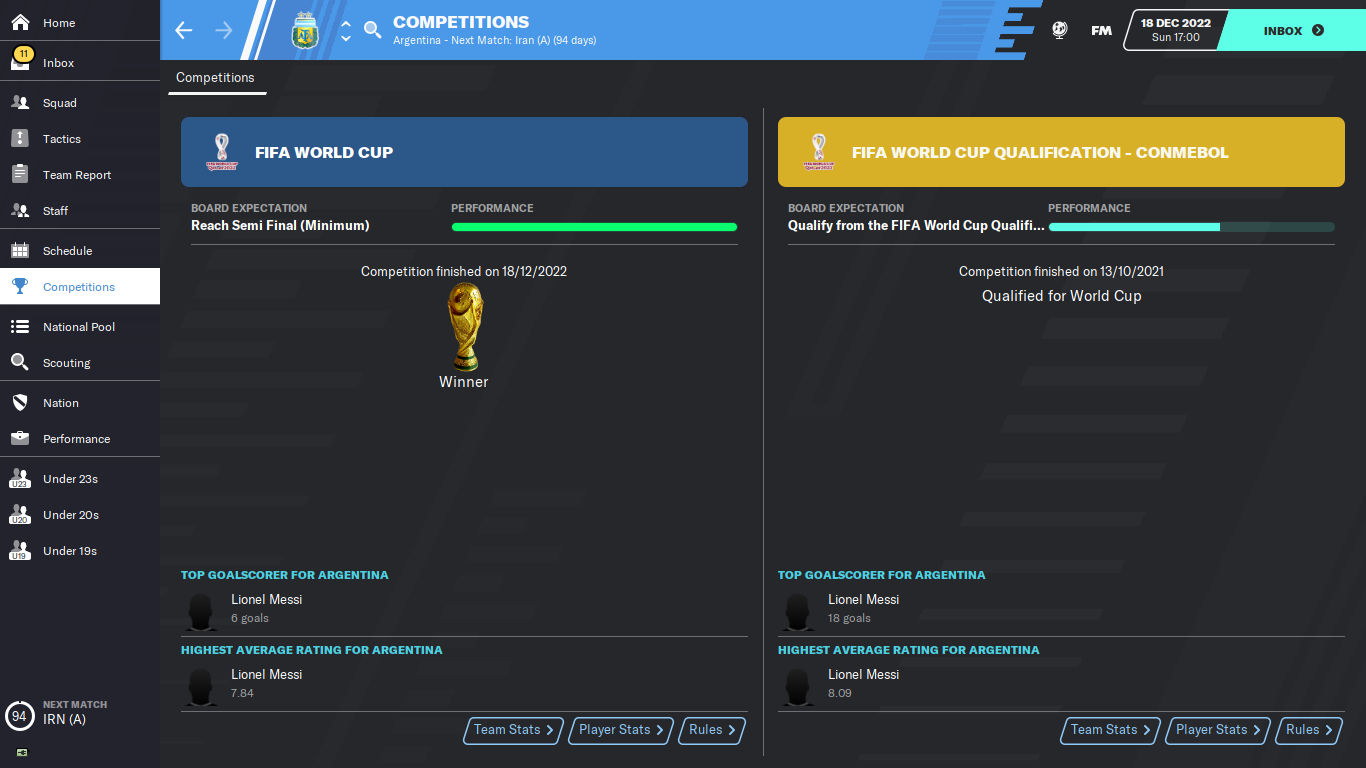 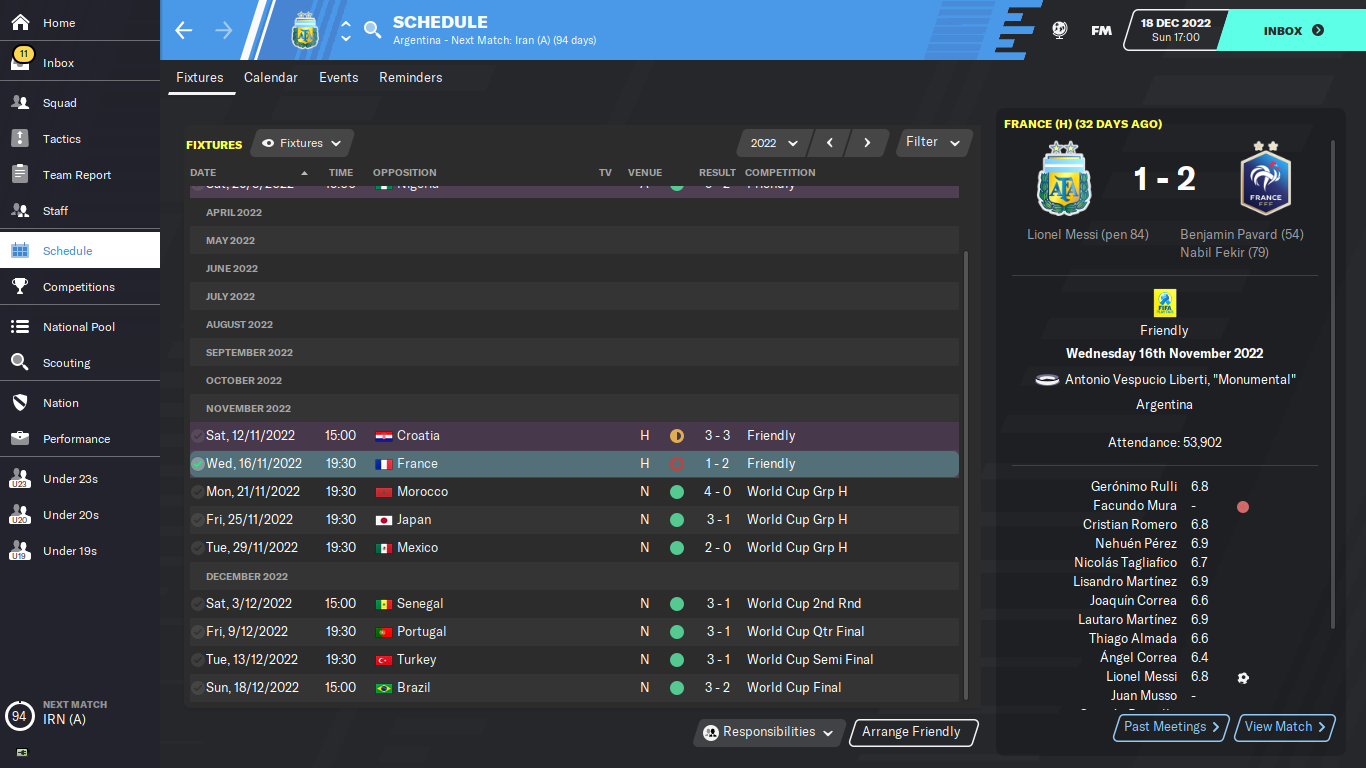 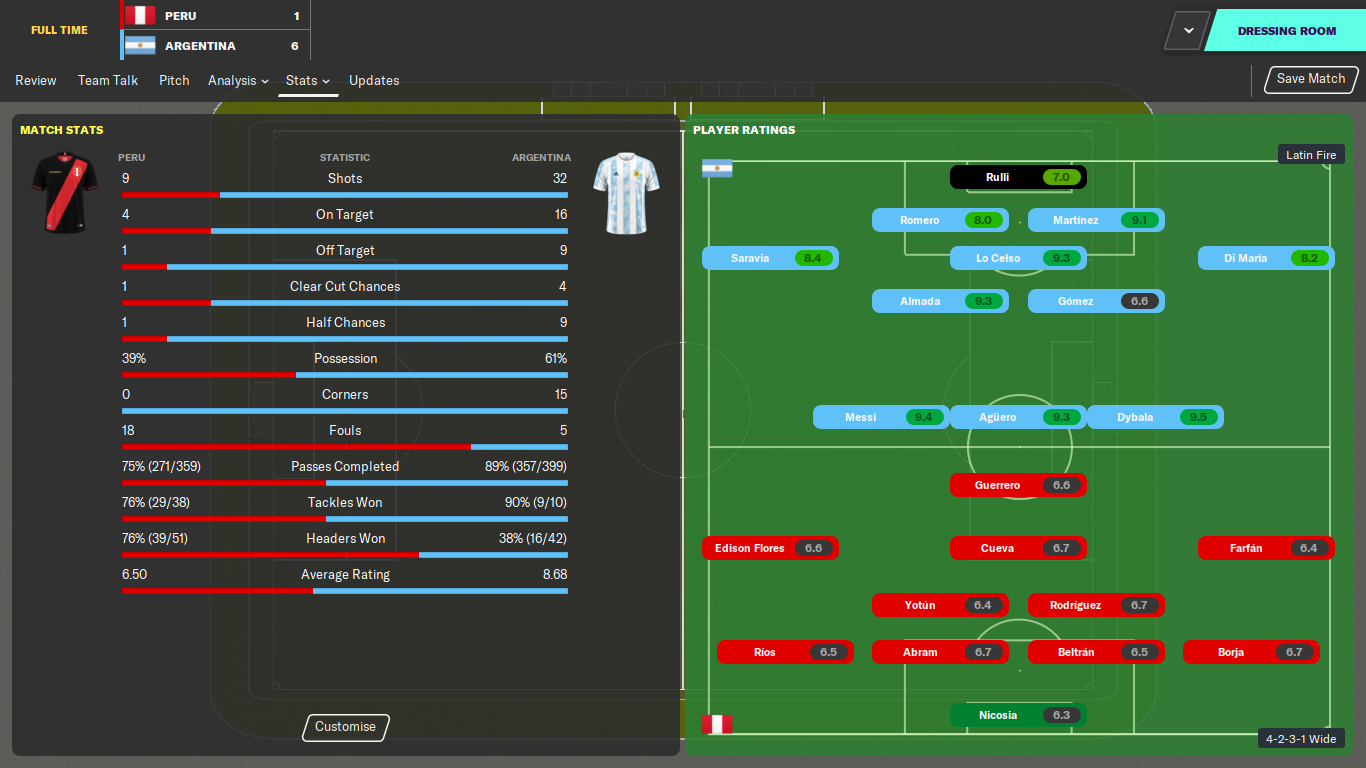 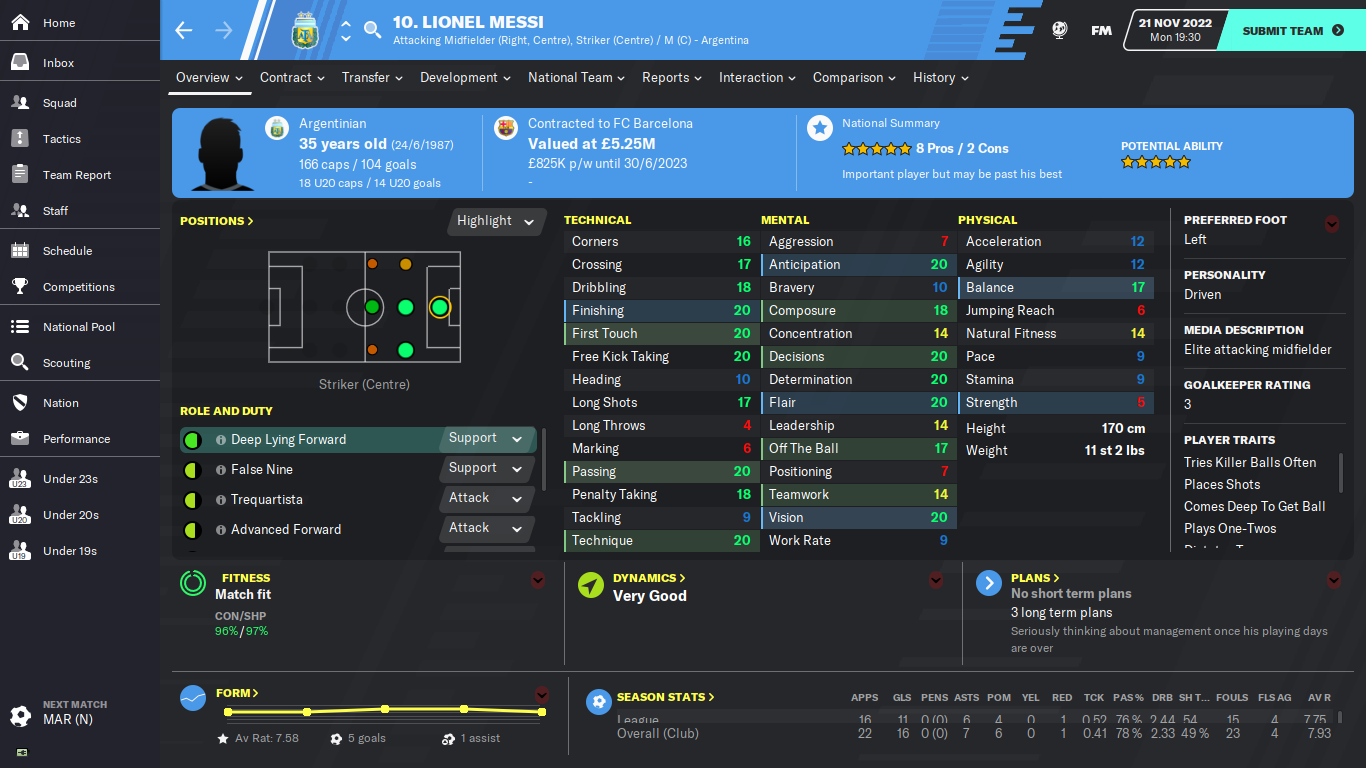 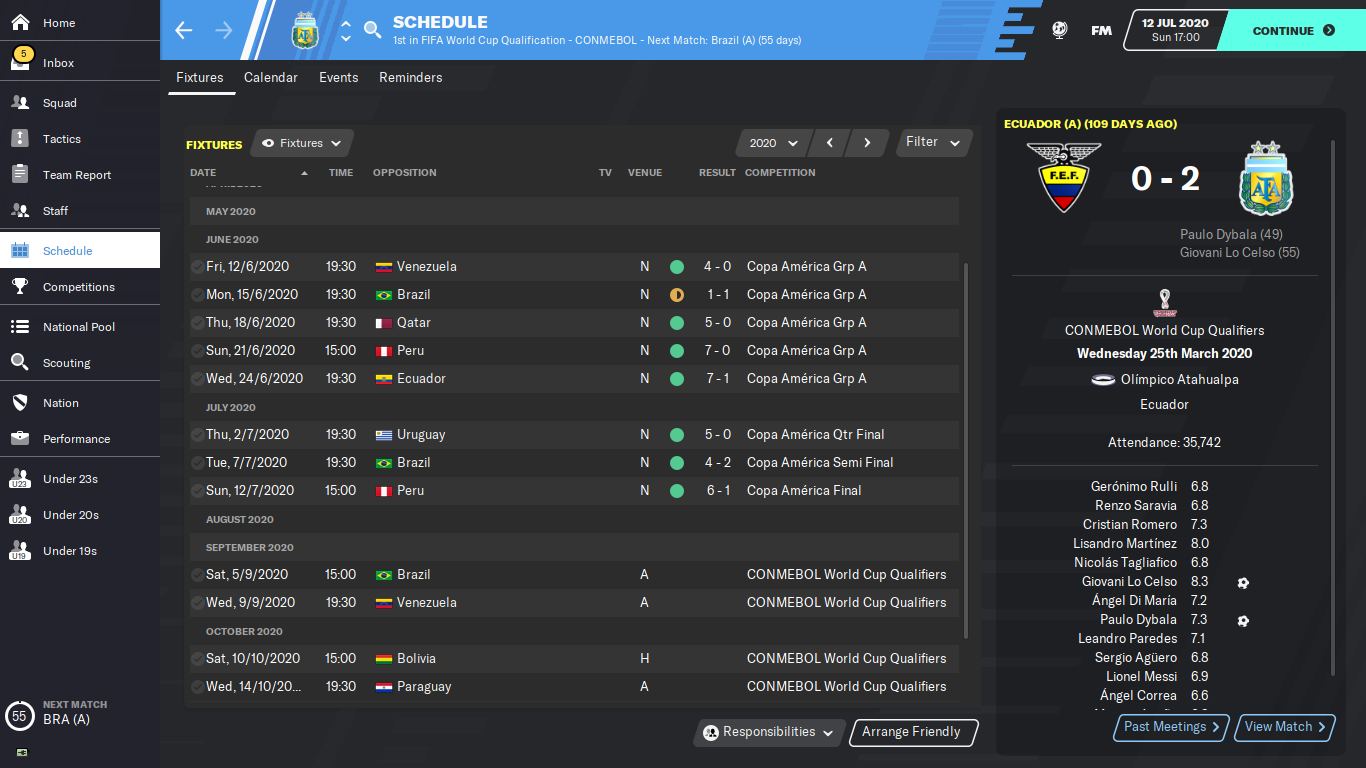 There is no OIs.