Search
On FM Scout you can chat about Football Manager in real time since 2011. Here are 10 reasons to join!
Home › Downloads › FM 2021 Download Area › Football Manager 2021 Tactics ↓
Download Now
Downloads: 10673 / Size: 44.1 kB / Added: 2021-08-17
I took over Vasas in Hungary as part of a 'Build a Nation' save, and this tactic has developed to help the club win 13 straight titles, lift the Champions League and become the best team in the UEFA coefficients. We beat Manchester City 8-0 in the Champions League final. 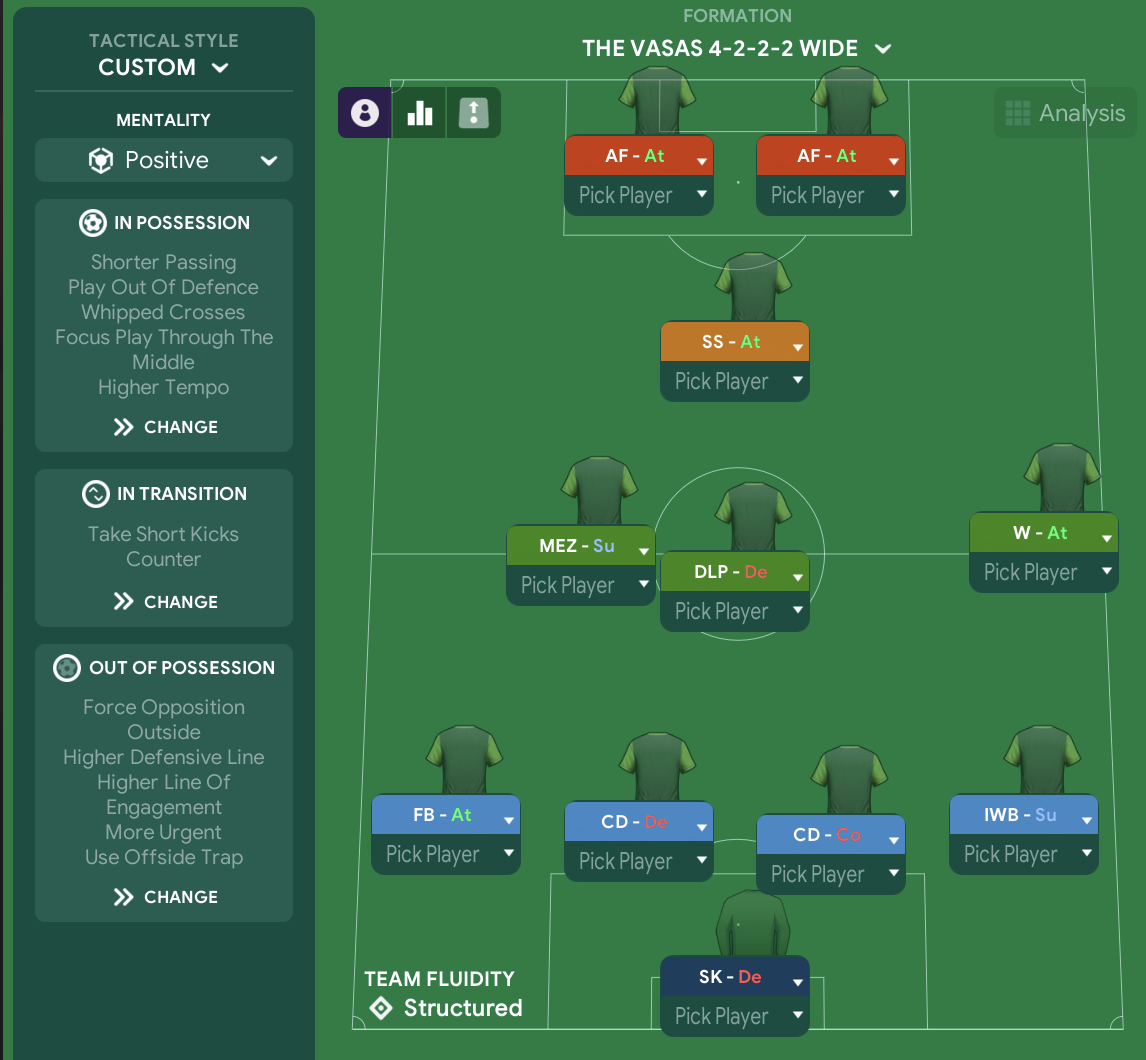 At one point the winger was on the left and the Mez on the right of the midfield, but changed due to the players I bought, so it definitely was just as effective reversed.

Rather than play with two wingers, I wanted an extra body in midfield, so the left full-back has the freedom to attack and provide width. Your best passing CB can play as a BPD if you want to keep more possession. On the right the IWB fills the gap left by the winger and gives another body in the middle. Loads of assists have come from this role.

Having the DLP on defend keeps a level of protection in front the back four, and keeps possession, but we want him to pick passes for the front three. The Mez with his left foot gives an attacking outlet and both gets in the box and crosses from the edge of the area.

The AMC on this save has been the AM/AP and SS, trying to get the best out of the 5* Serbian forward I had bought from Red Star, and it was the shadow striker that seemed to work best, getting into the box and providing a third option in attack.

I had also tried combos of CF/AF, /DLF/AF, but none of them quite worked as effectively as I'd hope, so I succumbed to the double to AF and the goals started flowing.

This is so key to your team understanding this tactic. Weekly Match prep, including teamwork and match tactics are needed to help the players understand what's going on, as well as Match Review after each fixture. Do this early and throughout the season and you will see the benefits.

For the individual players, train them for the position they are going to play and the tactic will benefit.

For the testing, there is two corner options for the near post, one where a player comes short. Short throw ins too.