Search
On FM Scout you can chat about Football Manager in real time since 2011. Here are 10 reasons to join!
Home › Downloads › FM 2022 Download Area › Football Manager 2022 Tactics ↓
Download Now
Downloads: 594 / Added: 2022-02-16
Over ten seasons now at Shakhtar I've gone through numerous tactical changes to keep things interesting for myself. This one though is my favourite and worth sharing. It's fun, it's vicious and it utilises a role I've always dreamed of making the most of: the wide playmaker.

Testing in the bigger leagues showed me it really is a tactic for elite/top teams in a league. This is not an underdog tactic at all, but with the right players, you will win the league. It would be particularly effective in leagues where there are two or three teams that are a cut above the rest, so Portugal, Holland, Turkey, Ukraine, those sorts of leagues where the top teams can get absolutely class players but the average quality of player in the league is clearly a cut below what the top team could attract. 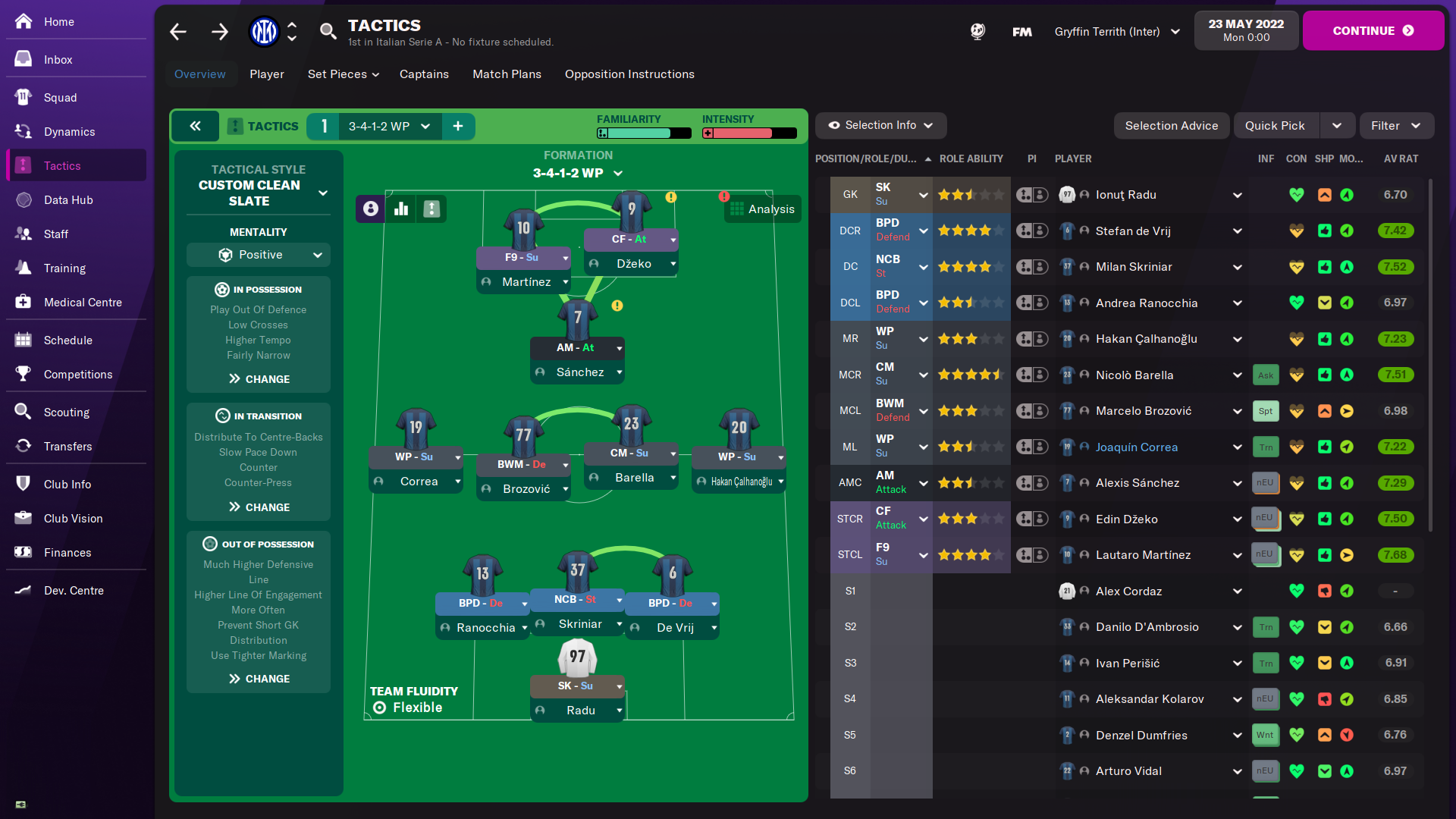 The tactic itself focuses on building from the back, moving the ball around and moving defenders around a bit until a pass in behind opens up. Movement from the front three will facilitate this. An Attacking Midfielder on attack will make runs in behind more regularly whilst also playing a part in the build up, the False Nine and the Complete Forward are roles that will also drop into space to leave their marker, before making runs in behind. They will get plenty of assists for each other. Complete Forward dropping into the space to assist the Attacking Midfielder 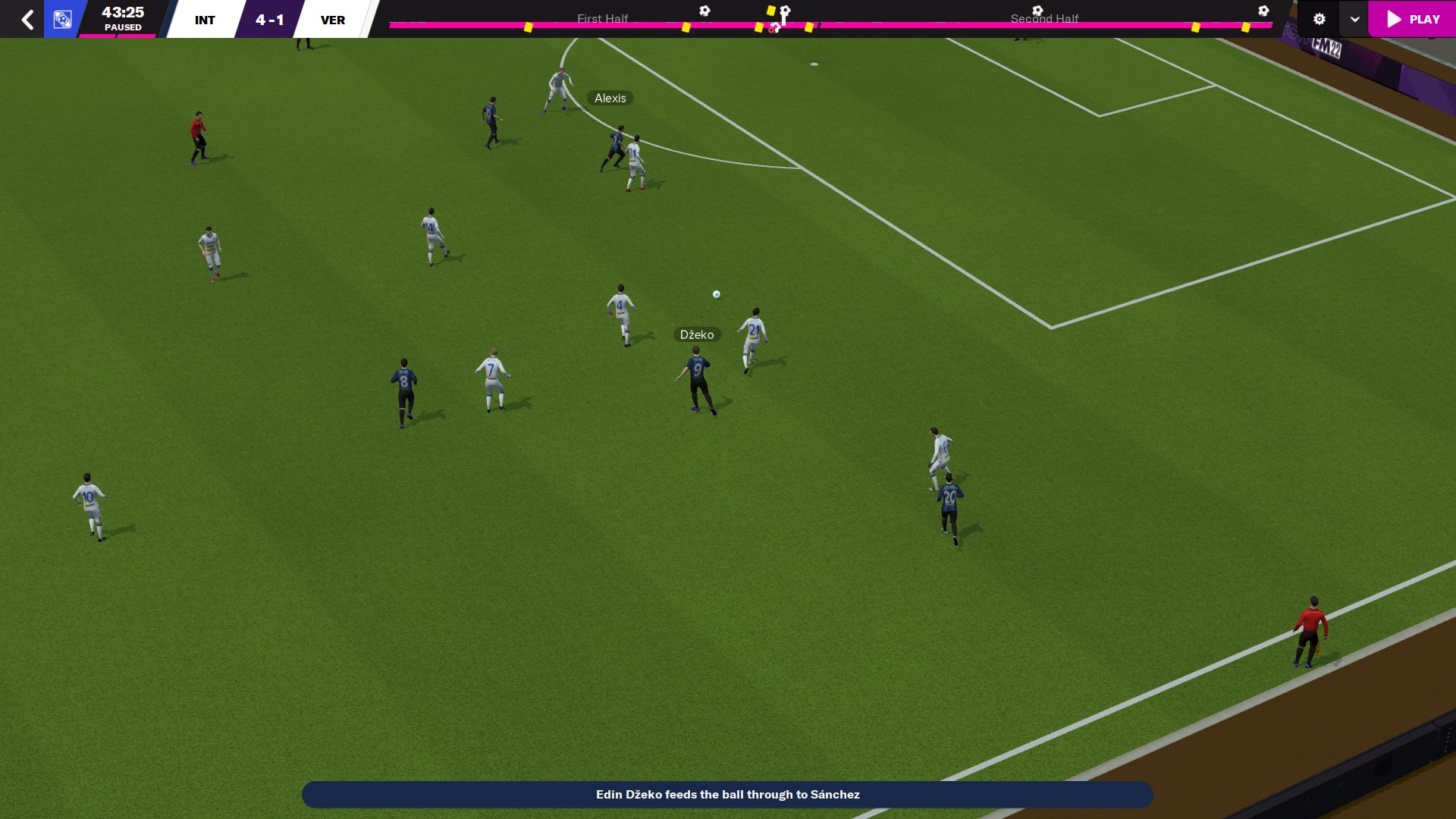 It's all about those angled through balls from the Wide Playmakers and the Complete Forward when he's drifting into that space. Calhanoglu and Dzeko topping the assists charts comfortably. 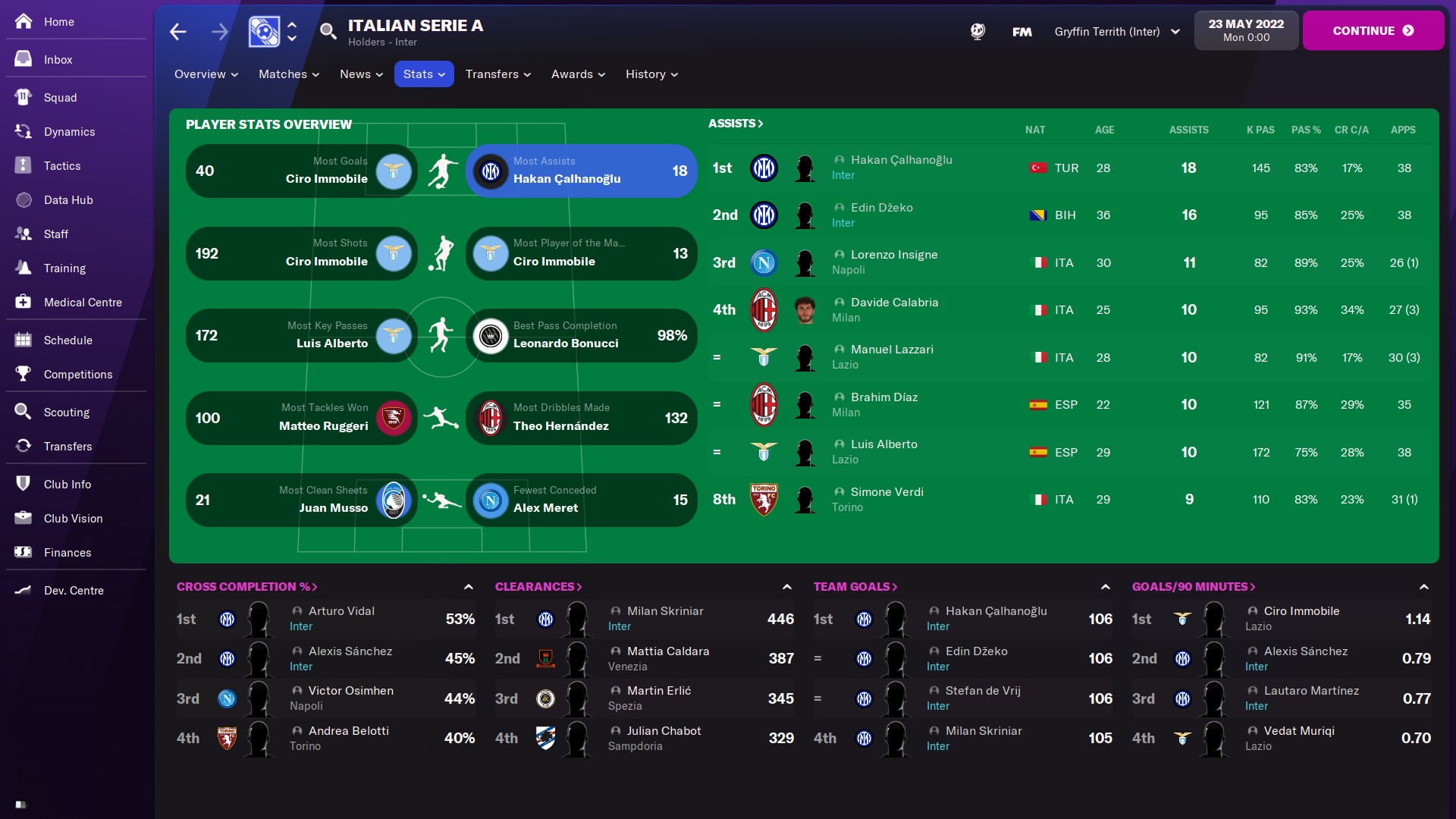 With the amount of times the AM/F9/CF will burst through the defensive line to latch onto a through ball, it helps to have pace in your front three. The front three can work with different roles to what the download file comes with as well. I'm having crazy success with a pacy as hell (17 acceleration, 18 pace) Advanced Forward instead of a False 9 in my Shakhtar save right now. A Deep Lying Forward on attack will also drop into that space and come up with goals as well.

One thing to note with this tactic: whilst I knocked out Chelsea in the Europa League knockouts with Shakhtar last season, so it can work against bigger teams, it seems you will also have the occasional walloping. i.e, beating Real Madrid 4-0 and then losing 6-1. 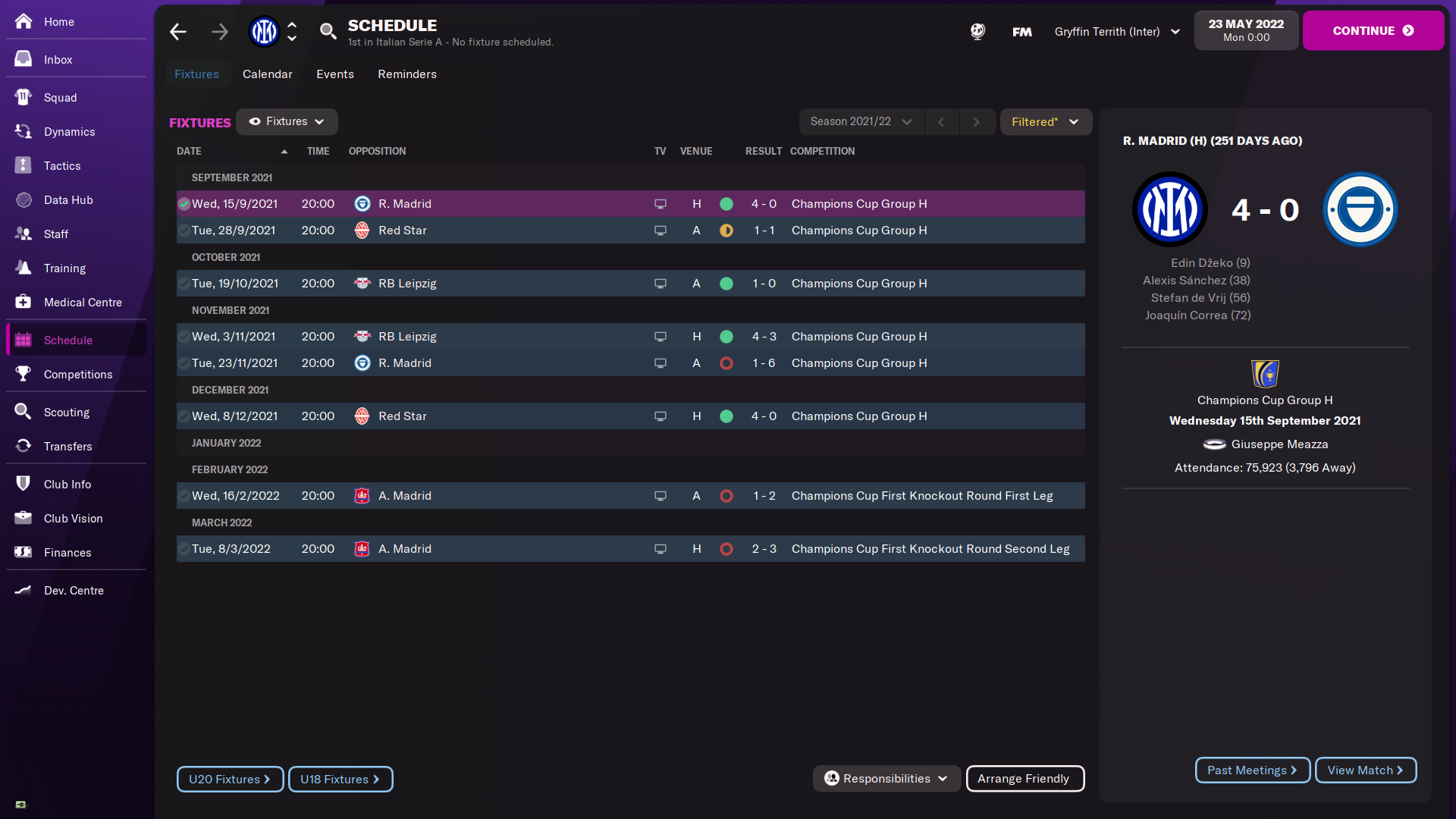 Had trouble against Inter with Shakhtar too. Lost 4-2 away and 5-2 at home. Those games highlighted what is maybe this tactic's one weakness, and why you need an elite team to pull it off successfully: Wingers. 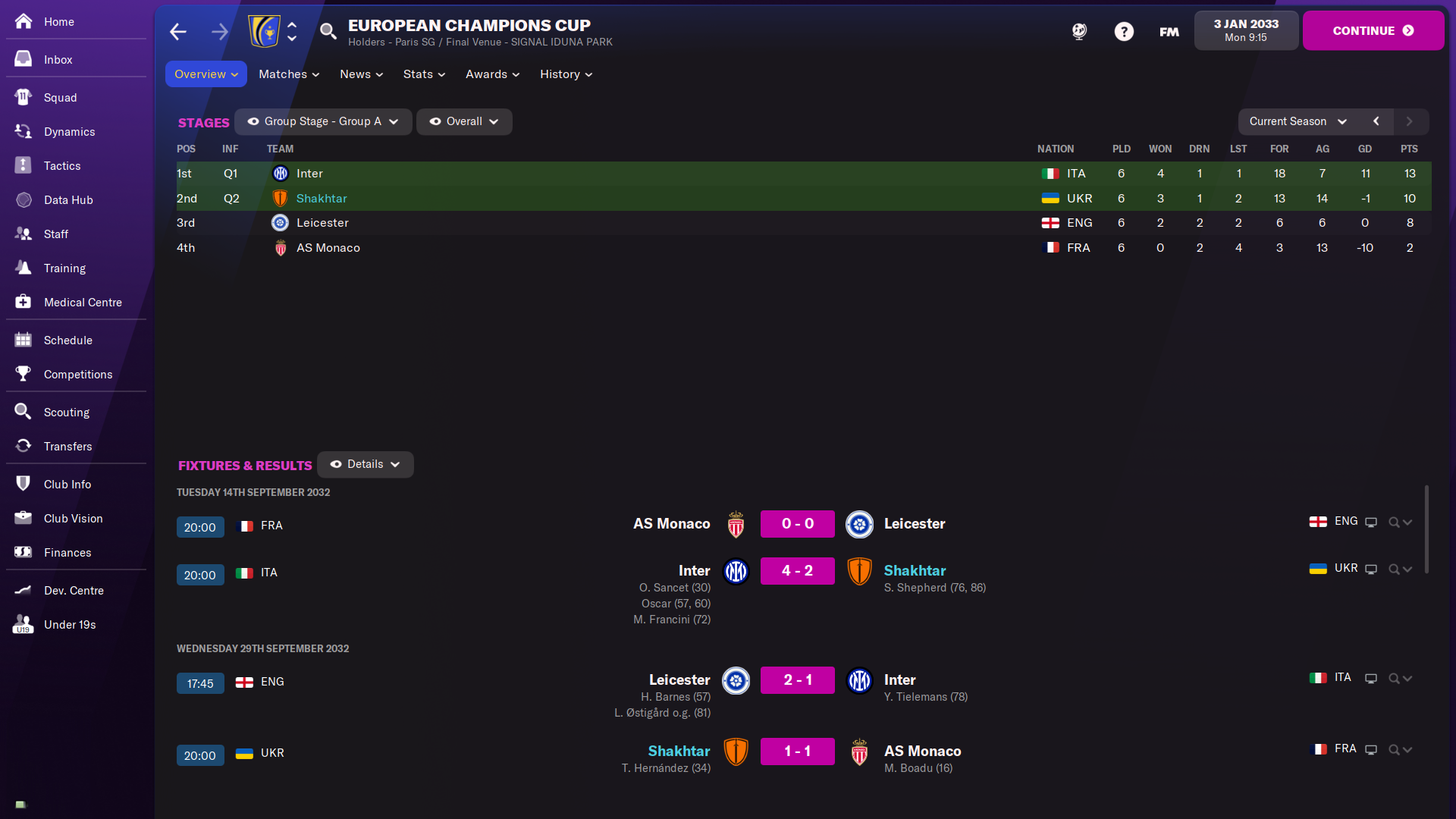 Oscar, playing as a left attacking winger in a 4-2-3-1 scored not just two goals at home, but a hat trick in the 5-2 loss we had. Your wide playmakers will track back to help out, but if the opposition has a pacey winger who can score goals, they will be the single greatest threat to your team since your wide playmakers will drift into the half spaces inside and as such, will not be in a great position to block runs out wide. Pace is just a generally useful attribute to have in your players; up front, in your wide playmakers so they can track back and catch wingers, and in your defenders on the left and right to close wingers down early enough for the rest of the team to get back and help out.

It is a possession based tactic, so that will help you control games. 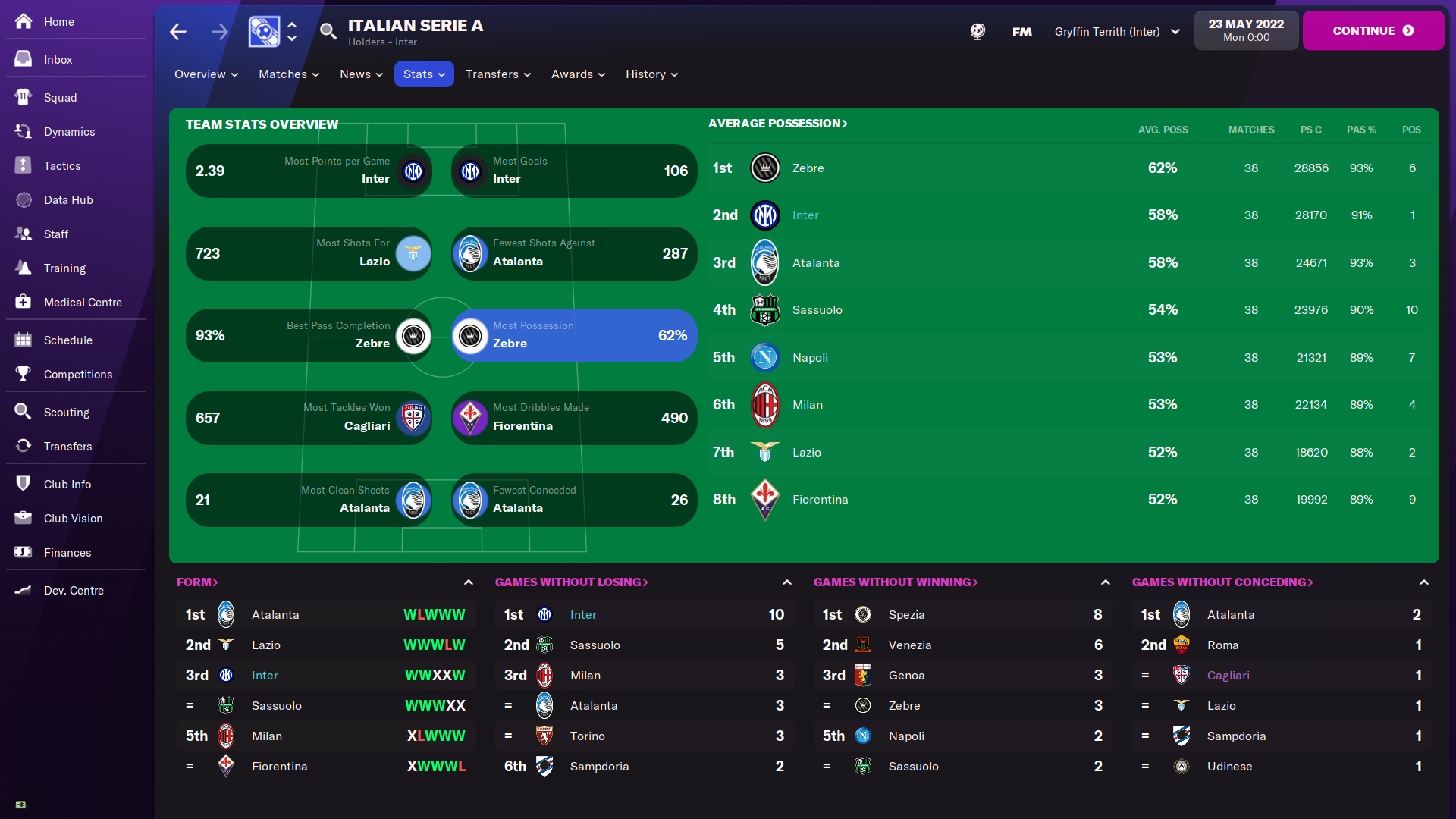 And you will create plenty of clear cut chances. 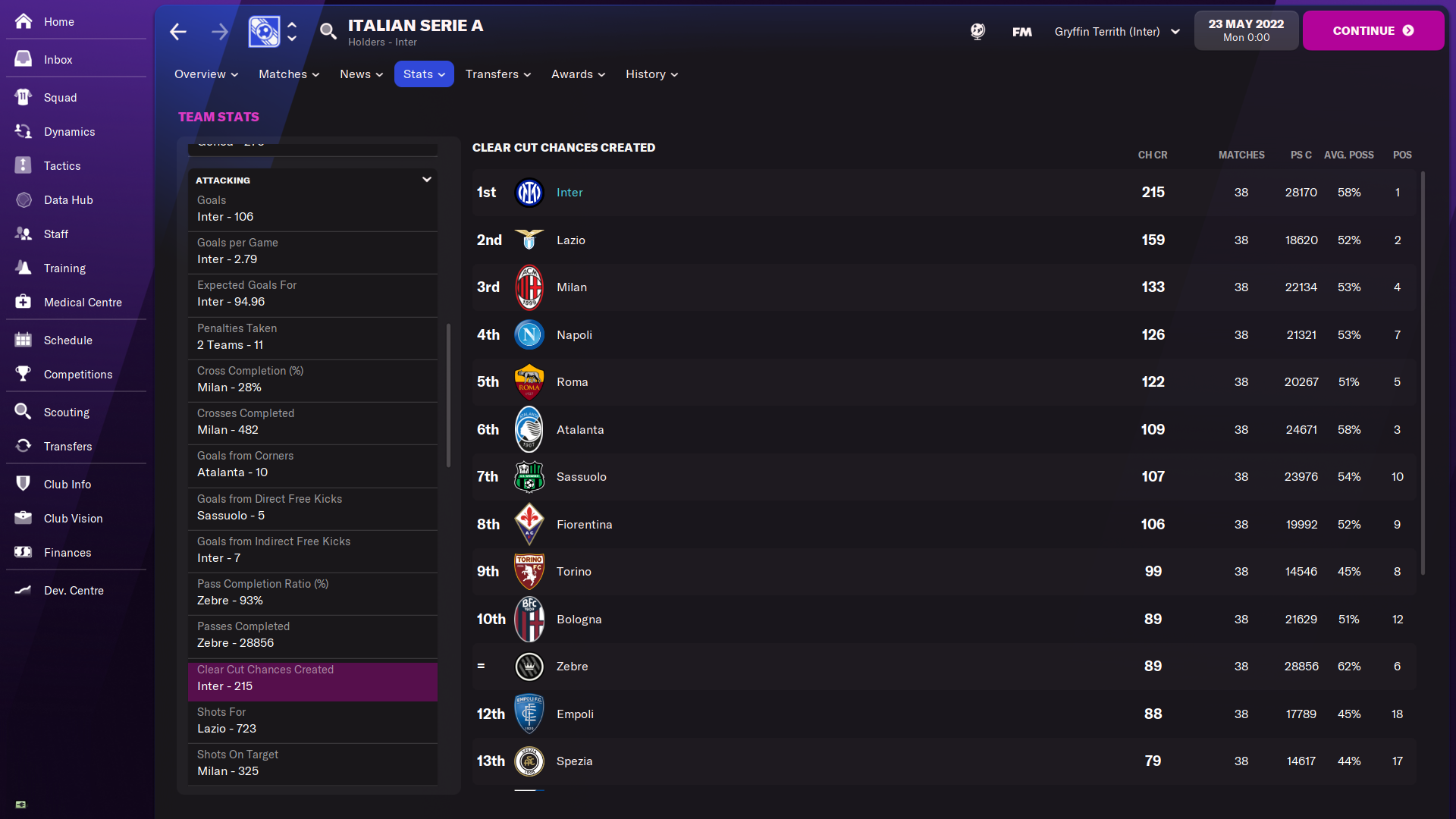 And ultimately, it will win you the league. 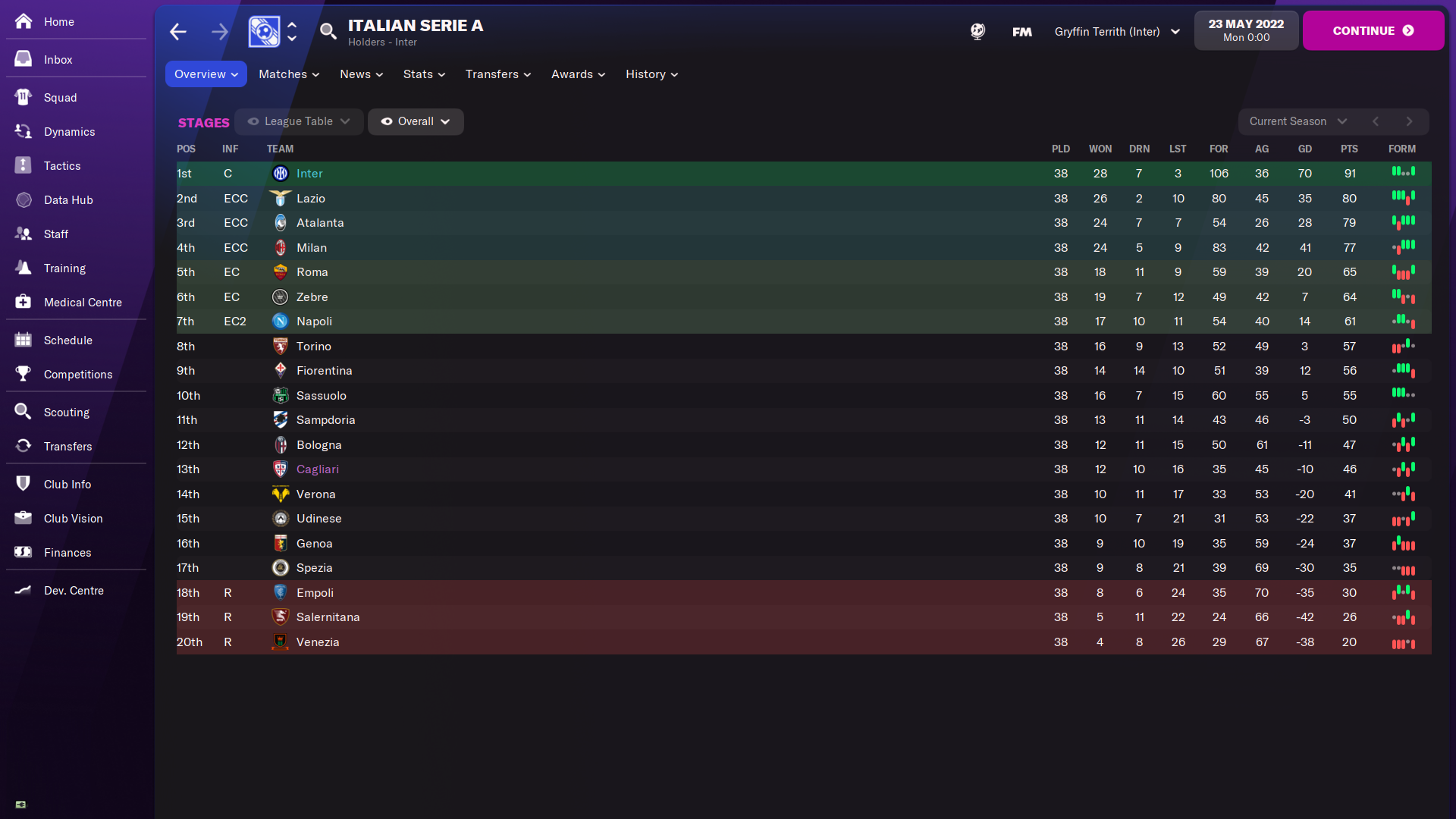