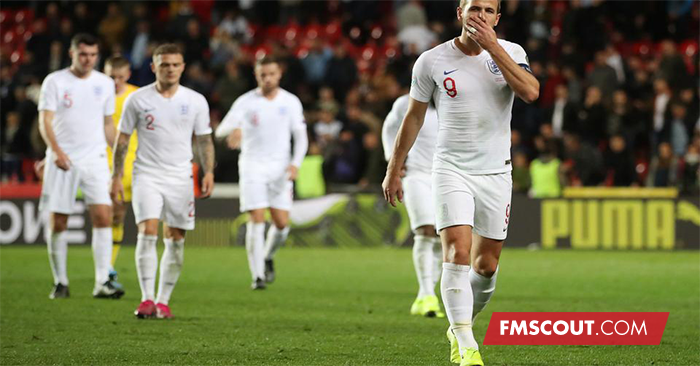 England is widely regarded as being among the favorites to compete for the Euro 2020 title - or at least finishing the tournament on a high note. Anything below a semi-final appearance would be a massive failure for the Three Lions, which is understandable. We saw a resurgence of them at the 2018 FIFA World Cup where they finished fourth and the 2018-19 UEFA Nations League where they finished third. They have risen from the ashes of their previous failures. Not to mention they host all three of their group stage games, semi-finals and final at Euro 2020. Seeing a path to victory for England is easy. But it shouldn't be taken for granted.

In fact, if England do well in the group stages and win their group, it may very well be to their own detriment. Because it means they play against the runner-up of Group F, which will most likely either be Germany, France, or Portugal. Far from guaranteed losses for England, but even further from being guaranteed wins. If England finish as runner-ups of their group they play against the runner-ups of Group E - likely Sweden or Poland. Both are solid teams but certainly a level or two below Germany, France and Portugal. You could argue England would be more likely to win the tournament if they don't win their group, but to finish in second place. Which is paradoxical.

This is highly problematic. Teams should not be rewarded for placing worse, obviously. A simple solution would be to do it the same way as in the UEFA Champions League. Use a draw to decide knockout stage fixtures. Start by ranking the 16 qualified teams according to how well they performed and conduct a draw where the top eight teams are drawn against the bottom eight.

There are certainly greater issues surrounding the beautiful game, but this is one of few that can be fixed with exceptional ease.