A note from the author:

I modified this file for my personal use with FM10 and, having also modified it for the FM11 demo, decided to now release it for common use.
This file will insert opposition players' relevant attributes or information for each opposition instruction.

How does it work:

So, since I generally only tightly mark opposition strikers, I inserted their position so I'd pre-set marking instructions for any reserve forwards: 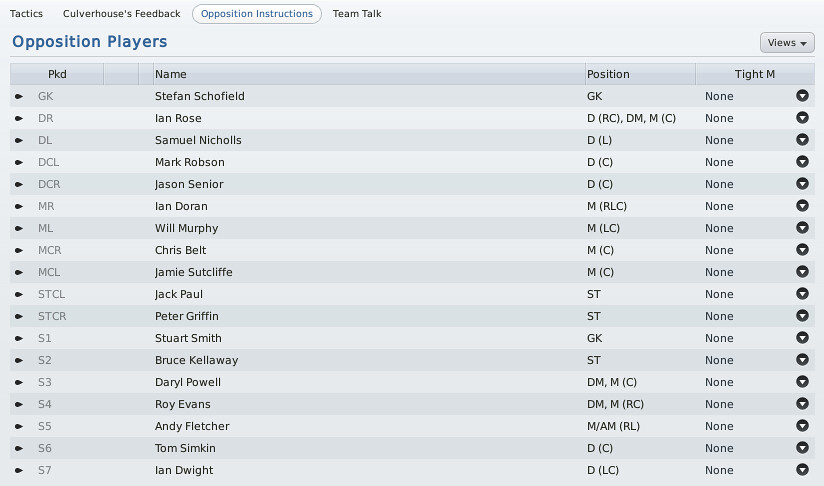 I also tend to instruct my players to close down those opposition players who are not on top of their game due to poor morale, those who might panic under duress or those whose passing does not pass muster. Or any combination of them I deem fit. I therefore included morale, composure and passing in the closing down screen: 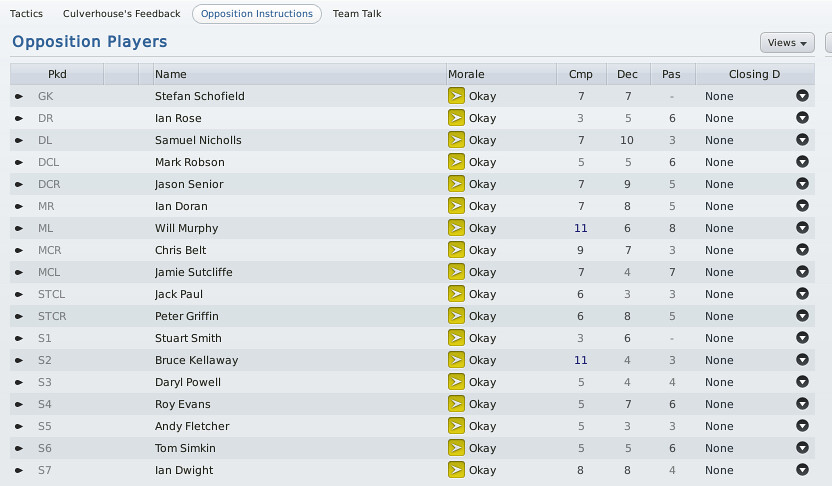 As for tackling, I generally instruct my players to tackle hard those opposition players whose bravery is poor and whose condition is relatively low as this last value generally indicates a lack of match fitness and/or a player coming back from injury. So I included condition, bravery and natural fitness: 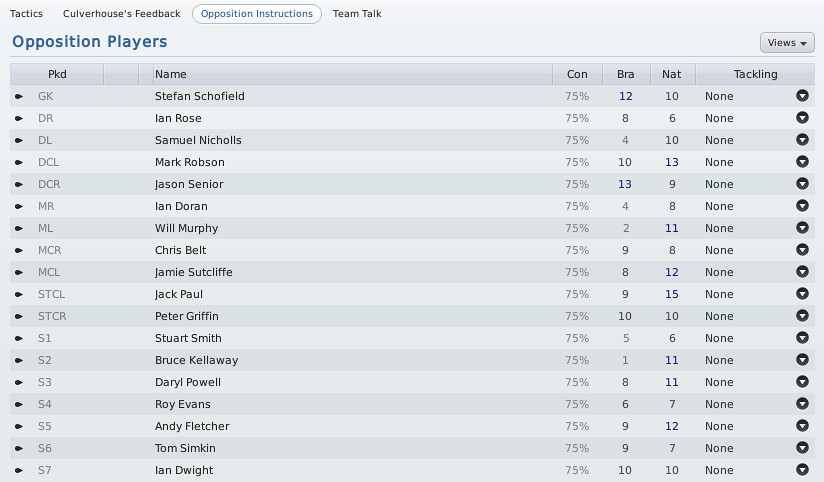 Finally, I like to instruct my players to show opposition forwards and wingers and occasionally central midfielder and full-backs onto their weaker foot. I therefore included opposition players' preferred foot so as to specify which foot to show onto, rather than the generic 'weaker foot' option: 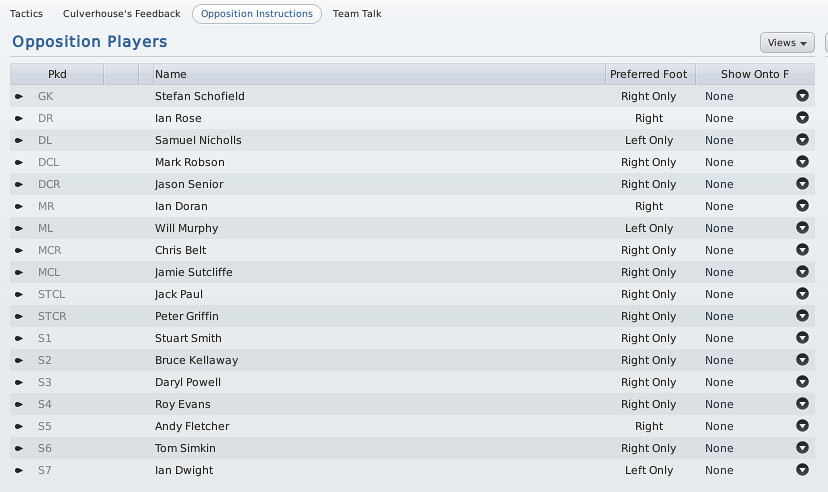 Thanks to Mons from the official SI forums.