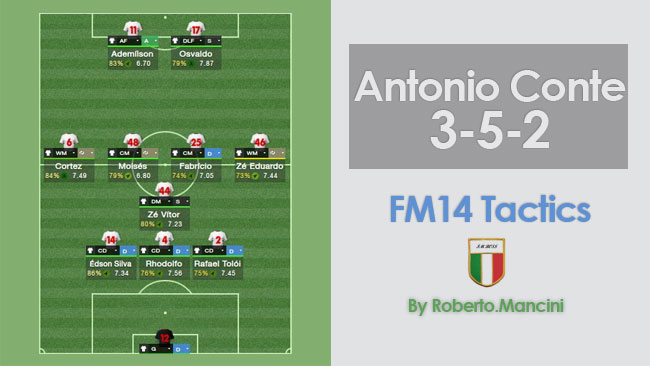 
We will continue exactly where we were last season, the hunger is still there you must see it in our eyes soon, as long as we have this hunger I will remain here...


I will do the same, I will continue where we were here last season... Just remember this.

"It's not a matter of dignity, it's a matter of credibility". Antonio Conte has no problem to admit his mistake, but tell me honestly, how is it possible one day Conte to be credible and the very next day not? These words reflect the personality of Antonio Conte. He told them very after his initial punishment which was fixed due to the hunger for Juve destabilization.

I keep his words very firm in my mind because they are coming from the mouth of a person who had just been humiliated. But ladies and gentlemen, like it or not THIS IS ANTONIO CONTE. The man who is iron willed and thanks to his determination Juve won the Serie A on the pitch after several years and thanks to HIM Juve still is unbeaten in all the competitions. 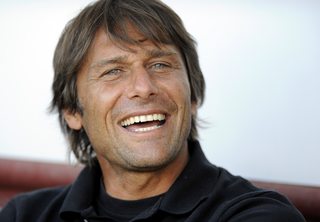 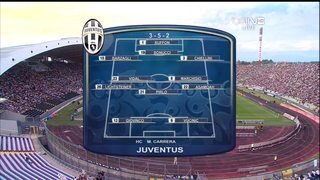 Conte was punished, accused and despite he admitted publicly all of his mistakes nobody said, "Bravo Antonio". He carried out all these months an endless crucifying torment without having at least the right to support himself as he should. Banned from the press conference, banned from being able to talk as a Juve coach on TV, banned from every public sport activity. All of these of course with the warm greetings of all the silly protestant hierarchy: UEFA, FIFA, Foreign Football FAs and so on. The same people who trust justice when they heard Conte's initial ban said "Ten months were little but fair", the very same people who declared after the new decision of TNS "We misjudged the situation". Hypocrisy and ridiculous protest-antic parodies in the widest range. So who is not here credible?

For sure not Antonio Conte, because he was punished in both cases. More or less.

This tactic is a lesson for the young coaches. For those guys who think that smooth management, opinion making policy and transfers it's the biggest case. Nonsense, absolutely bollocks. The teams are shaped in the training fields, they are winning trophies in the finals and they give interviews in the press conferences. The pitch is the only mirror which shows what you can or can't do. Only the pitch is showing if one game is fixed or not. And not in any case, sold out pseudo-prosecutors like Palazzi, Ifantino and Co. 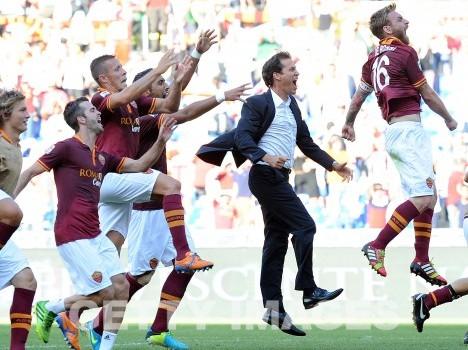 "We don't celebrate now in October, we never celebrate before the end of the season, now it's too early to think winning of Scudetto" 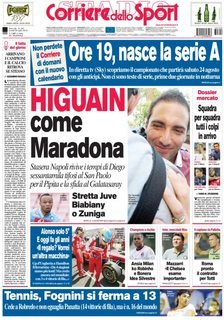 Higuain is like Maradona, another one fake lifestyle impression against Juve.

Where are they now? 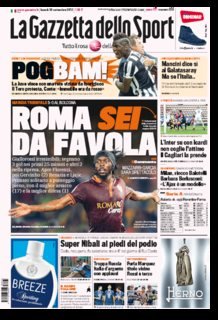 Gazzetta is advertising Roma like they've beaten Real in Bernabeu... 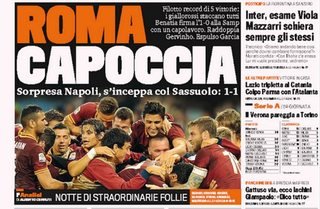 Roma leads, bring them in the end of November a package of champagnes to celebrate.

You know obviously what kind of posters these newspapers will have in May, "Tanta Juve",
"Super Campione" etc, etc.

I posted some unrelated images because some smart and objective readers will accuse me
later for empathy, despite that all of these words in newspapers are not mine...

I include you a unique package of 6 tactics based on 3-5-2 of Conte. It's the most flexible tactic in modern football probably for some simple reasons :

It's not a tactic which is like 3-5-2 of Rehhagel or Ramalho. It combines Italian elegance with solid and brutal counter attacks based on "Space Coverage". Which means the team should remain balanced for 90 mins. Also if you make all these tactics into 5-3-2 by making the DMC as MC - you have in total 12 tactics - without downloading around any kind
of other stuff.

In the screens below, you can see every possible information considering the tactics.