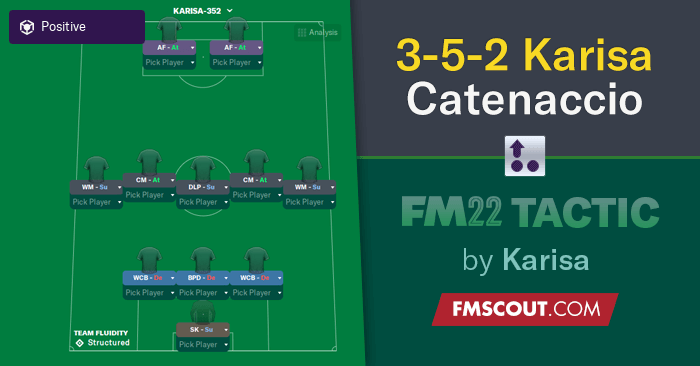 
A new type of three-center defender system, the British crown chaos, the first season of the triple crown.

Goalkeeper: Just buy it as the scavenger goalkeeper, and you must be able to attack and deliver the ball.
Central defender: Without him, you just have to hold the defender. The height depends on the league you are in. For example, the Premier League must be higher, and La Liga can be lower.
Full-back: The main requirement is defensive ability. If there is no suitable candidate, the recommendation is to transform the offensive full-back.
The core of the postponement organization: I don't need to say more about this, what are the key attributes are clear at a glance.
Midfielder: He will frequently strike in and pass from the bottom to the bottom. It is best to have a long shot (the BETA version is also very abnormal), and the defensive ability is better.
Forward: For the general version, it is recommended that the speed dog is finished. For the BETA version, it is better to use the stance center (change your responsibilities if you stance), and the better is one high and one fast. 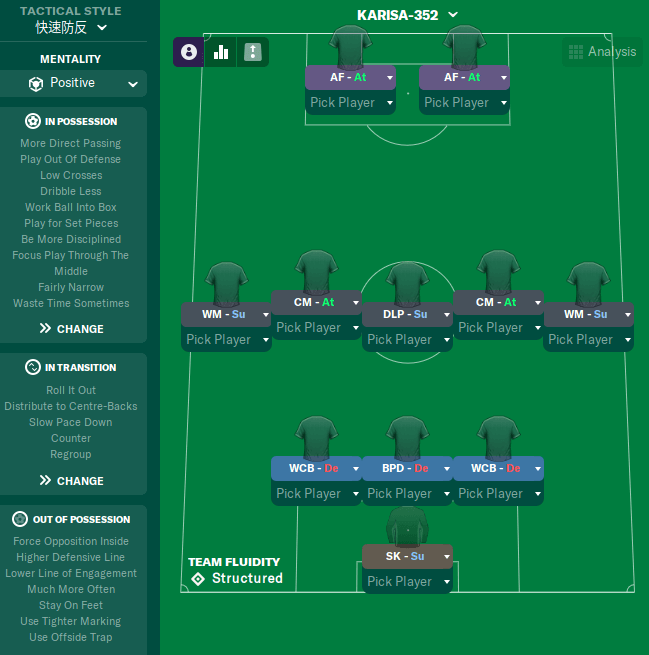 Advantages: The defense line is advanced by one square and the encounter line is retracted by one square. The center of the battle for the ball is placed under my favorite midfield strangulation, and we have 5 midfielders, which is incomparable by the opponent; When attacking, the central defender will also step in, resulting in the result of previous generations shooting from the opposite side. In the long run, the goal will be inevitably; the midfield offensive duty will also pass through the ribs, taking advantage of the current version of the header. ; The edge forward can attack and retreat and defend, can pull the edge and pull back to the center, a free man in this tactic.

Disadvantages: If you are beaten through the middle, it may cause delays in your return. Under the three-back system, you will always miss people at the far point and cause the opponent to cross and nod after finding the goal. There is the opposite world wave. The solution: let the edge guard stare at the opposite sides (the one with the tendency to cut inward). There is no solution to the world wave problem. It is purely bad luck. I have already set up a close-fitting press and he can still kick. Then I have done what I can do at the head coach level.

Practical application: Because in order to deal with the current version of the cross, the defense line is opened to force the opponent to go in the middle. In addition, if you lead by two or three goals, adjust your mentality to counterattack or defend in time to save energy. This generation of physical energy is still very fast. As the saying goes, benevolent, don't learn from the benevolent all day long.

PS: The League Cup and the FA Cup in the Triple Crown are fine-tuned by me during the game. For players who can fine-tune, it doesn’t make any difference, but for players who can’t fine-tune and only use the tactical board, this tactic is only Can protect your league.

PPS: Give a feedback after the request is used up, it is not necessary to have a meaningless reply.