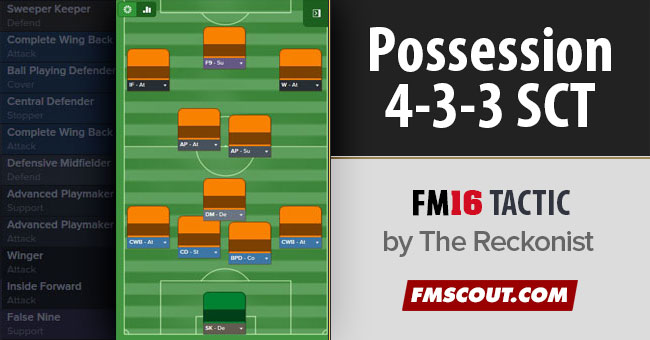 The return of the daddy of Football Manager tactics. FM14's Scholes Cant Tackle brought up to date for FM16.
Possession based tactic, very good against bigger teams, counter works most of the time.

What you will find on the Steam workshop are tactics that offer the Barcelona Tiki-Taka style of play with every midfielder having over 100 passes and the team having over 70% of the ball. That's all well and good but it has an issue for mid/low level teams trying to play aesthetically pleasing football and actually producing results. This tactic tries to address that and I have had success. So, I'm looking to share this with the community and develop the tactic and the theory over the course of this years game.

This guide is a reworking of my famous iteration on FM14 (which is still the most popular on the Workshop).
The theories and implementation are exactly the same regardless which version of Football Manager you are playing. The tactic, is timeless.

What you will see

As with standard Tiki-Taka tactics, you will see High Possession, High Percentage pass completion, and 'Sexy Football'... but, what you will also see is that even with teams with less than a perfect setup will be performing well and, most importantly for people playing possession football every week, creating enough goal scoring chances to justify the style.


Ideal Starter tactic for teams developing towards a Tiki-Taka.

As this is a tactic for the slightly less technically gifted teams that wish to play 'good' football it is important to recognize that you DON'T have world-class players at your club that will be able to play like Barcelona and produce results like Barcelona. But there is one thing every team can generate to be the same as Barcelona. Tactical Familiarity. I suggest that you learn ONLY this tactic at the start of the Season and Training should be all about Team Cohesion and Teamwork until your team can play this with their eyes closed.

Key Attributes and PPM's per position

Again, I know your not able to click your fingers and buy Xavi for your team but 'try' to get players who fit the roles with AT LEAST one of the required PPM's in each position and have them learn the missing ones asap.

BPD: Likes to switch ball to opposite flank
Composure, Passing

DM: Stays back at all times. Plays no through balls (Ideal PPM's yet not essential)
Decisions, Anticipation, Teamwork, Composure, First Touch

F9: If has excellent balance and composure, Dwells on Ball and Plays Killer Balls Often (Yes, I realize that it is hard to get both of these, but it's possible with correct regen and tutor after a few years), Runs with ball through Centre, Tries first time shots, Plays One-Twos
Off the ball, Finishing, Passing, Technique, Composure

DM (Defend/Support depending on the quality of your best player) Pass Shorter, Mark Tighter

If your looking to hold onto a Lead or counter a powerful team. Don't change the formation or roles unless needed but switch Strategy to Attack, Drop Deeper, Pass into space and More Direct Passing and Run at Defence.

To play out the last minutes in a bit more safety hit More Disciplined. Nothing more.

If you find yourself having 'too much' possession and struggling to score, have the team Express Themselves more.
Note: EXPRESS THEMSELVES is set to default in the workshop version. Having trouble at the back? Click it off.

More than 66% possession? Click "More Direct Passes" and "Slightly Deeper" (This means the other team isnt pressing you).

Other team hitting you on the counter? click play "Slightly Wider".

My set pieces are set to short with strong emphasis on ball retention. So, CB stay back at all times and corners will be short to a supporting wide player. Keep it. 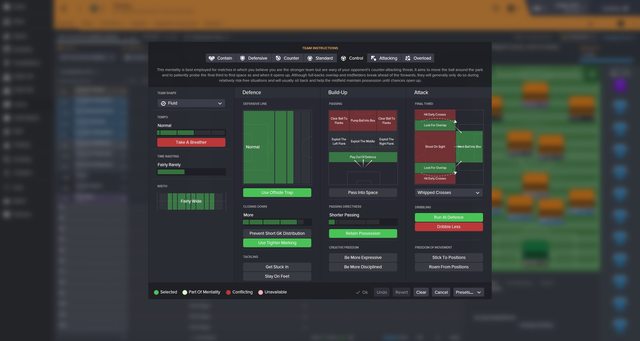 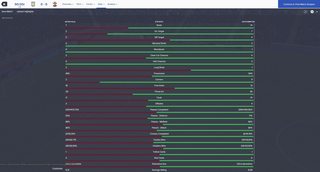 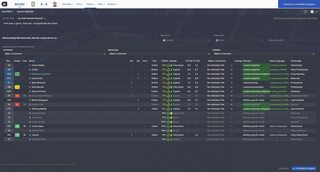 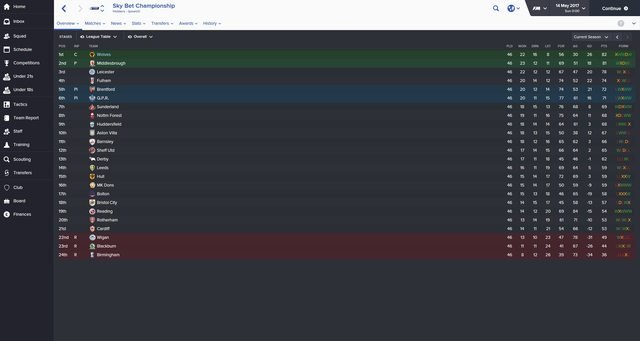 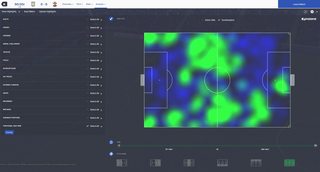 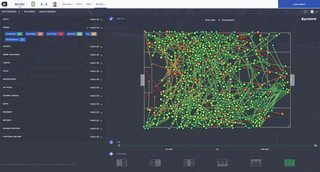 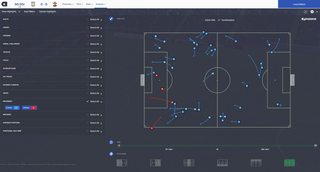 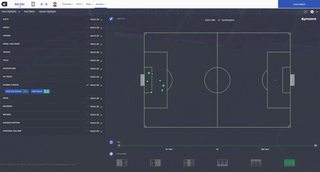 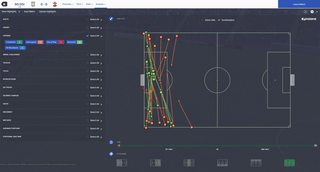 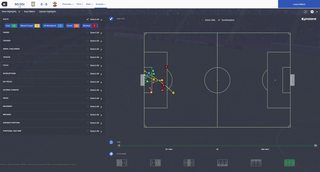 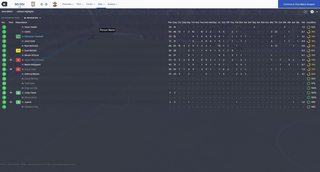 You can also find this file on Steam Workshop.

The Reckonist created this tactic and produced the video. The download page here is created with his permission.
You can follow him on twitch and on twitter.


More FM16 tactics by The Reckonist: