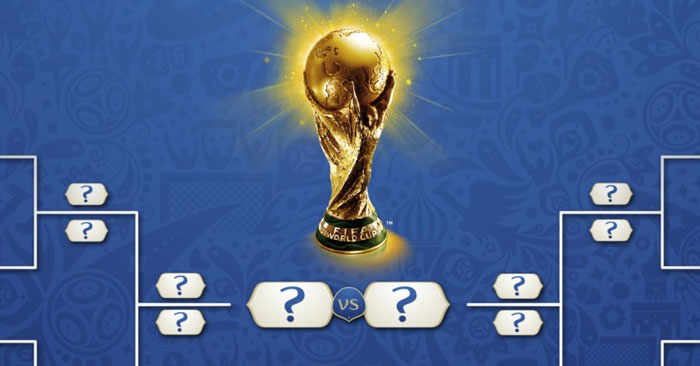 The 2018 World Cup in Russia is nearly upon us and fans around the globe are debating who will come out on top on July 15.

Brazil and Germany are favourites to lift the trophy, but there are numerous other nations in with a chance of winning football's biggest prize.

Read on as we take a look at four teams who could upset the favourites at this summer's World Cup.

Spain are unbeaten under manager Julen Lopetegui and seem to be back to the sort of form that saw them dominate football just a few years ago.

A recent 6-1 friendly victory over Argentina was a massive statement of intent and their squad is packed with quality in every department.

They should progress alongside Portugal from their opening group and at around 6/1 to win the trophy Spain are one of the most popular football betting tips around.

France are renowned for imploding at major tournaments, but their current crop of players appears far more united than many of their predecessors.

An opening group of Peru, Denmark and Australia should hold no fears for a squad that contains a vast array of attacking talent.

France have failed to reach the semi-finals in the last two World Cups, but they conceded just six goals during qualifying and could be hard to beat this time around.

This will be Lionel Messi's last realistic chance of winning the World Cup and the forward is sure to be fired up for Argentina this summer.

The 2014 runners-up were unimpressive during qualifying and friendly defeats against Nigeria and Spain don't suggest they are likely winners in Russia.

However, the South American side have drawn Iceland, Croatia and Nigeria in the opening stage and have a favourable route to the final if they can win the group.

Belgium are the favourites to win Group G following an impressive qualifying campaign where they scored 43 goals and conceded just six.

They are defensively sound, while the likes of Kevin De Bruyne and Eden Hazard further forward will be a handful for most teams.

Romelu Lukaku will have plenty of chances to add to his 34-goal international tally in Russia and it would be unwise to underestimate Belgium this summer.

With nine World Cup successes between them Brazil and Germany are rightly rated as favourites to win the World Cup. The likes of France, Argentina and Belgium are capable of springing a surprise, but Spain's star-studded squad looks primed to do the business in Russia.

Discussion: 4 teams who topple the favourites at the World Cup