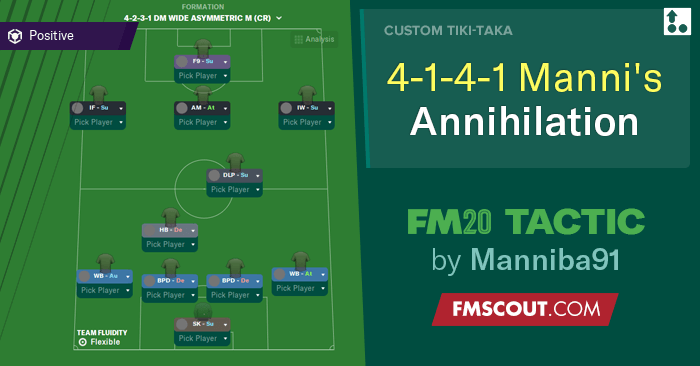 The Annihilation
This football style is based on vertical short passing tiki taka which is set up in a 4-1-4-1. The half back drops when the wing backs push up allowing them to have the freedom of attacking thus making it hard to counter attack against this system. His duty isn’t just dropping back but also creates chances when gained back possession. Wingers consist of an inside forward and inverted winger on the right which cut inside which draws defenders to them and allowing the wing backs the freedom to push high up the field and cross.


If you do test it on small teams please do drop a comment to and let me know. Thanks.