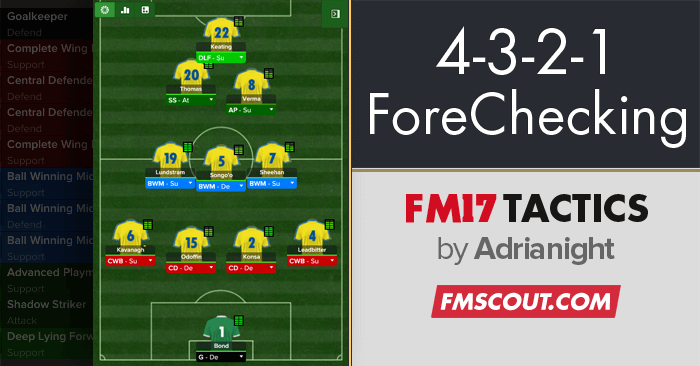 Let me introduce myself before I start explaining the Forechecking tactic. I'm a Pro B Licence football coach since 2002. New to fmscout.com, but very experienced and Football Manager player for many years. My own unique tactics have been used by FM players for a long time. It's my first time sharing on fmscout.com.

What is the Forechecking game system?

Forechecking is a very unique FM17 tactic with a very unique game philosophy. People who remember 1996-2002 years should be familiar with the legendary Galatasaray team. That team won UEFA Cup 2000 and UEFA Super Cup 2001. There was a very special tactic created by current Turkey national team coach Fatih Terim. That tactic was the Forechecking tactic.

Many years later we know a tactic called "gegenpressing" in our football terminology. Gegenpressing tactic by Jurgen Klopp is a small version of Forechecking tactic.
The philosophy behind this tactic is "pressure starts at the point where you lose the ball". It has no certain position on the pitch to take and start pressing the opposite team. Your team should shape on the pitch according to the position where you lose the ball. This is the shortest summary of Forechecking tactic.

When you lose the ball, you should start pressing to regain the ball from that point. If you do not do that and come back to take position, you spend more energy. Playing the game on the 3rd part of the pitch is more economic and more dangerous for the rival team. That's why Forechecking did an amazing job for the 1999-2002 Galatasaray team. They dominated European football for a long time and took 1st position on best clubs world ranking for 2 years.

I tried to adapt this tactic to Football Manager 2017 and I failed like 50 times before I did a perfect version for %100 success guarantee.

Here is my success; 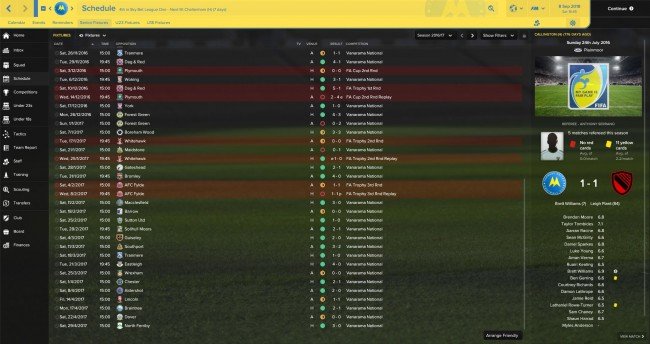 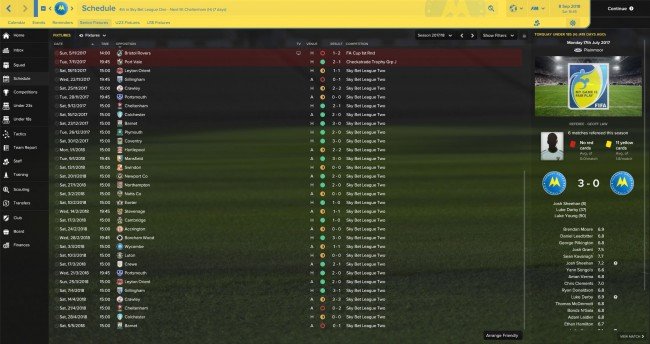 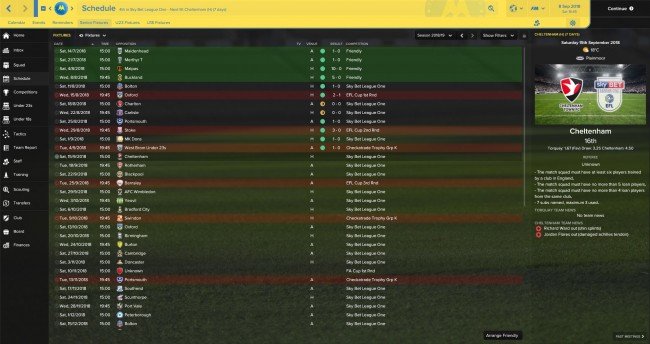 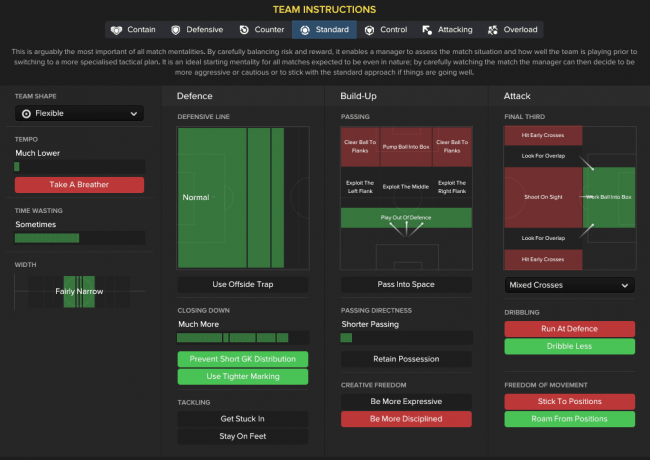 A few screenshots from stats; 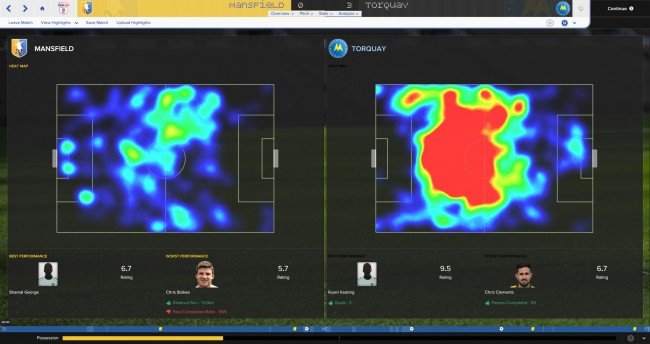 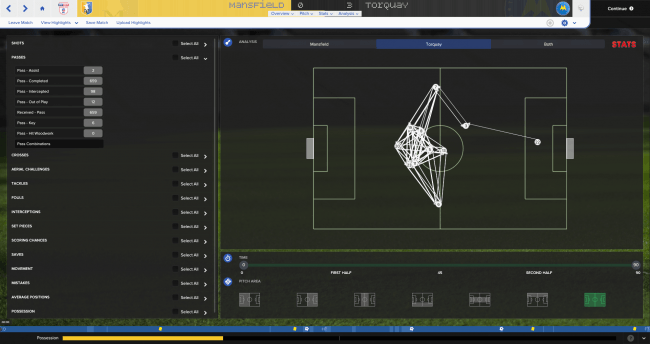 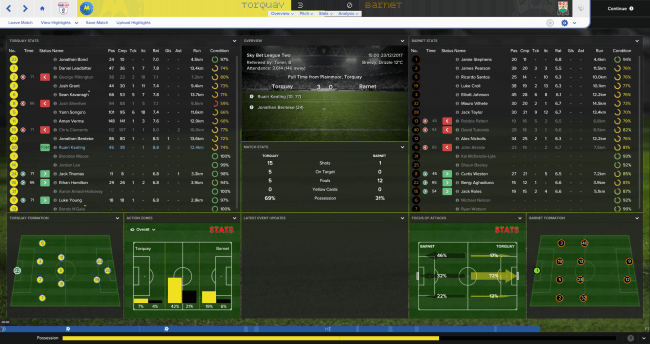 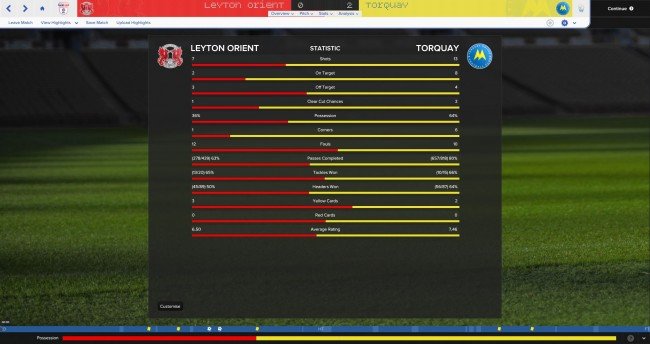 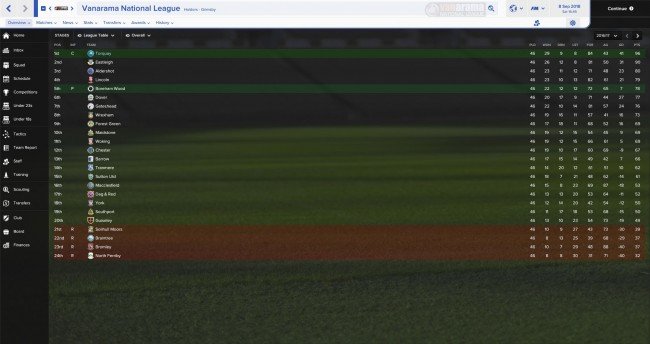 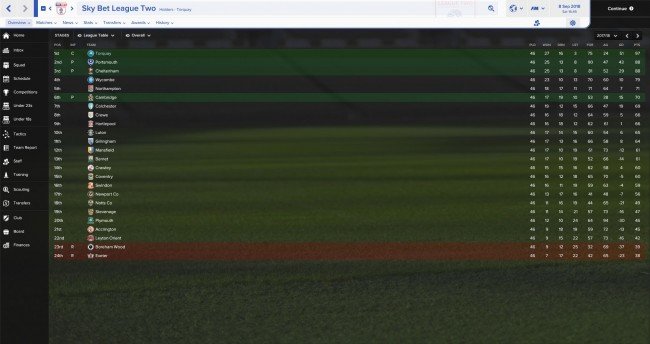 Some screenshots from Galatasaray; 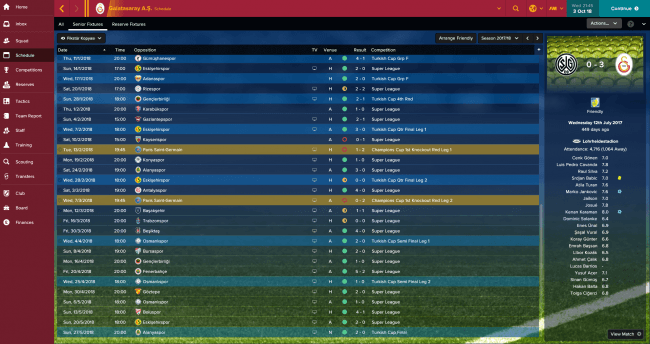 How my team will take action with Forechecking tactic?

Center Defenders; 1 of them should have high pace, acceleration and anticipation against long balls behind your defence line. Most of the time you will play on enemy field so 1 super fast defender is must.

AMCR
This guy should be solid playmaker. Good vision, decision making and passing abilities are must. Some flair and finishing abilities will result fine as well.

AMCL
This one is your hidden weapon. "Shadow striker". Your goals mostly will come from this guy. Pick him wisely.

STC
Deep lying forward. This guy is not only a typical striker. He will be your offensive passing station as well. So good phisical abilities, good ball control, and passing abilities needed.

When your team starts to get some familiarity with this tactic you will start to enjoy your teams general progress. Feel free to ask questions about player selections or anything.