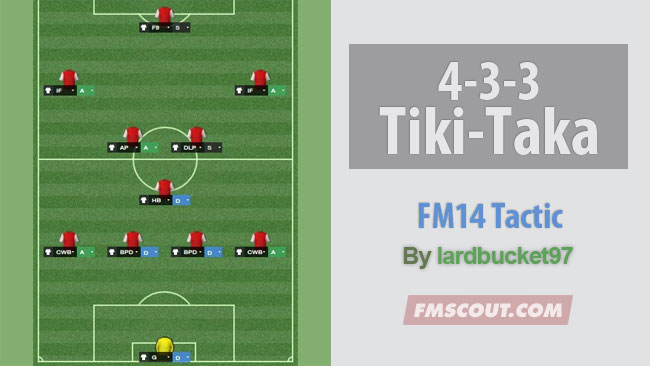 This tactic is a 4-3-3 tactic for keeping possession and pressing teams high up the pitch. I have had a lot of success with this tactic with teams such as Southampton, Aston Villa and Liverpool. It is a tactic that I have spent a lot of time trying to perfect this tactic and I think I have got it to the best I can. Although I have the tactic as good as it can be in my opinion, you will also need to bring the right players in to your team with the right attributes and the right preferred moves.

Some good attributes to look for in players are:

Obviously you won't be able to find all these attributes in a player but the more you can find the better.

Some good preferred moves to look for are:

Some attributes that are bad for this style are:
You can also train players to stop or start doing some of these things.

The training I would use is tactics on very high during pre season with teamwork as pre match training. Then I would leave the training on tactics and very high for the first season as it may take a few months for the team to be really familiar with the tactic. During the season I alternate between attacking movement and defensive positioning depending on the opposition. After the first season you may want to alternate between training fitness to help with pressing or team cohesion to help with there teamwork.

One last thing is don't do opposition instructions as you want teams to react to you not for you to react to them. 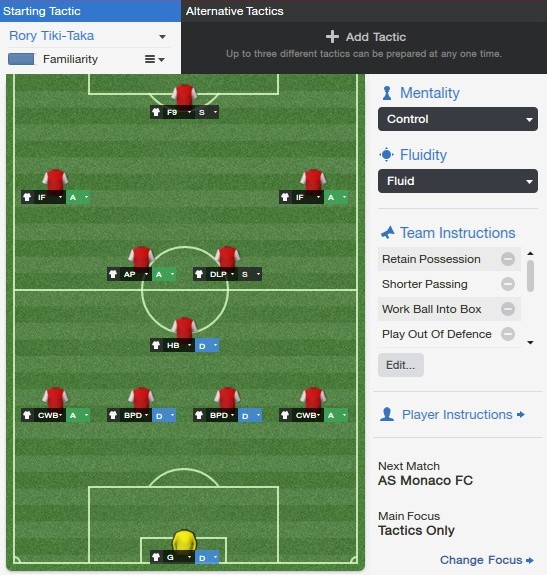