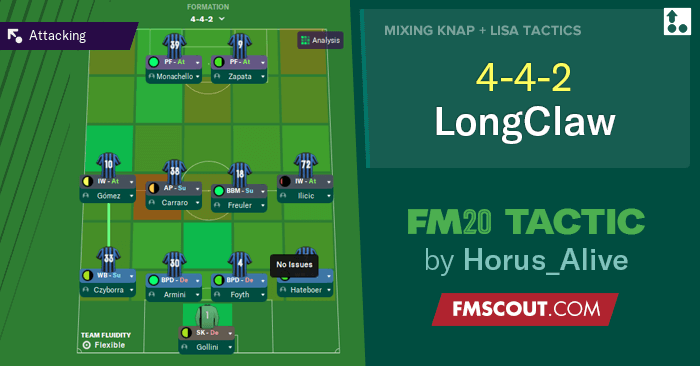 Most of all, please excuse my English as I'm not a native. I'm Portuguese, so there you go.

Quick intro:
I'm a fan of the 442 formation. I don't like the tiki taka 4123 one-touch-sleepy-play.
I love the gegenpress controlled avalanche play like for example RB Leipzig does. And there's a difference between aggressive play and violent play.
Less fouls, more football. Elegant football.
I do agree that Guardiola's tiki taka had been effective, but what I enjoy in it is more the tactical movement, and less the constant one touch that keeps spectators sleeping.

I was facing hell with Atalanta. I couldn't make my wingers play well (at least being consistent), and if they did do play well my strikers did not.
A big mistake from my end in terms of the Atalanta season, was constantly changing formation after 2 or 3 games. I ended 5th first season: 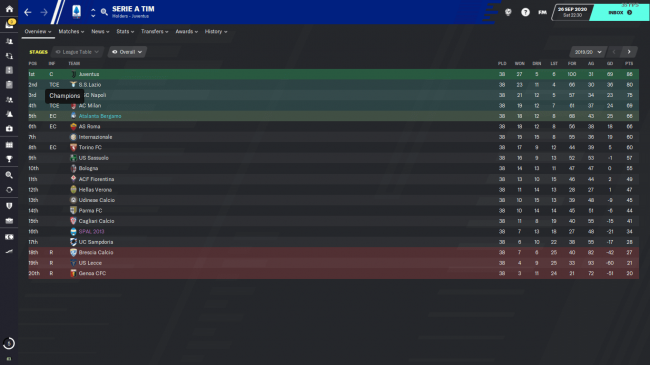 I let the season end struggling to the end of it. Then I started to analyse and analyse, and created the "442 LongClaw": 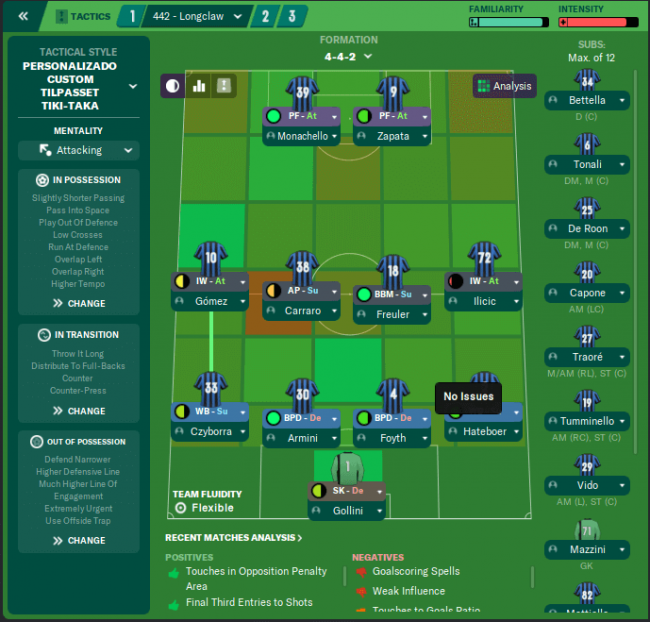 It's based on the Knap's Venom & Faith 442 formation, but as you can see it's not the same one, but it has the same Set Pieces.
I kept most of the Defenders instructions, but the rest was tweaked.

I swapped to my RB Leipzig save to test it. I had been playing RB Leipzig with a 424 made out from Knap's and Lisa's [email protected] formations.
Just to say that Leipzig did not had Tactical Familiarity yet to the 442 LongClaw, and when I tested it I was blown away with it.
After 2 games with it, I won 7-1 to Mainz and Werner scored 6 goals (played on the AF left side). 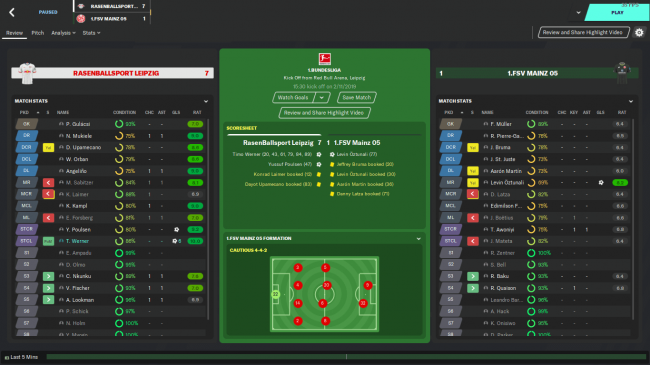 Then, I went to Atalanta save again and started the new season.
No big signings, only a key ones:
Tonali » Haven't played yet
Cengiz Under » Nice deal for 22M Eur. Played one Serie A and came from the bench on Euro League. Then injured 3 to 6 weeks.
Hakon Evjen » came from AZ Alkmaar 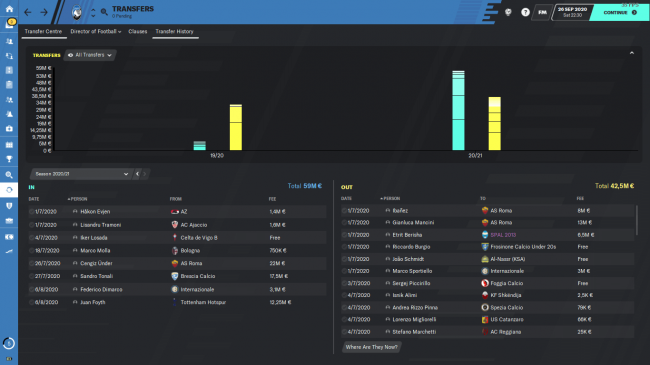 So I played until the end of September 2020 as I had some tough games to test it. Although I lost 0-1 to AC Milan, the game was very close: 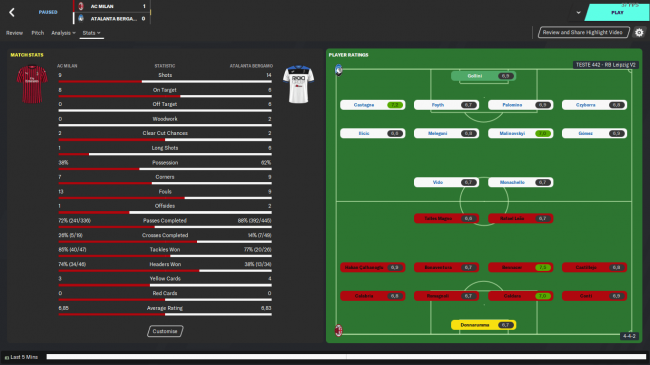 I conceded from a penalty confirmed by VAR, had more possession, 2 shots on woodwork, and most of my defence was on risk of injury (except Foyth that had been on the bench until this match).

Apart from the 0-1 loss, I have been very pleased so I decided to share this Tactic. 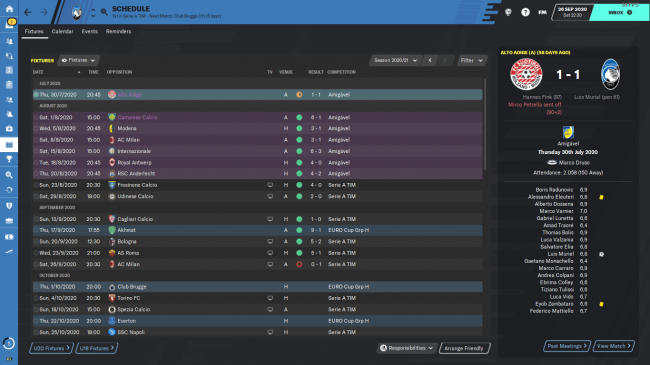 - Use players that have the key attributes to the role no brainer);
- AP must be the more creative midfielder;
- BBM must be the more defensive midfielder (apart from all key attributes, Tackling is important also)
- Train your players to those roles;
- IW Right must be left footed, IW Left must be right footed (although Sabitzer is a natural IW Right and has right foot, and he does awesome on right side)
- Train IW's Traits to Cut Inside to opposite side and maybe Killer Balls;
- Fast strikers are a plus (Atalanta has normal and not speedy ones);
- If you have fast Central Defenders, you can raise the the Defensive Line to Much Higher;
- If you see that your players are shooting too much from outside the box with no shots at goal DURING GAME... change to Work Ball Into Box to avoid it a little or say your BBM to Shoot Less (he must be go at long shots);
- Rotate your squad. If you see that the Overall Risk of Injury is HIGH before a match, swap him. It can go well that game and maybe he does not get injured, bu if you do not rotate him you will see the performance drop after 2 games or so;
- Do not let players be complacent! Praise only when winning for 3 or more, and specially away. Do not praise them if they're training well! Only if they have low morale. Criticise the ones that are training bad!
- Keep morale up!

These tips helped me maintaining consistency and gaining respect and support from players. The rest is made by the formation.

Please test it out and let me know.
Also, if you tweak it with good results, please share with us so we can also improve.

Thank you, and enjoy!