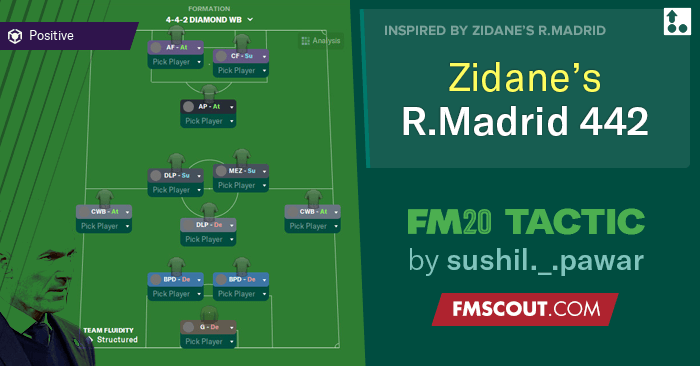 This is my First Tactic in FMSCOUT.

“He played like a ‘general’ in midfield. He has technique, tricks, passing and also has an ability to score some of the best goals.” — Marco van Basten

The words by Van Basten Defines How Zidane used to play when he was a player and even after retiring he has shown excellent football management with Real Madrid he won 11 trophies including 3 consecutive Champions League and he is well known for man management, benching some of the top class players like Bale,James. Bale frequent injuries forced Zidane to play 4-4-2 Diamond with Isco playing the No.10 Role.

The tactic is inspired and might not be a exact replica of Real Madrid's playing style I have made some changes to get the best out of this tactic. 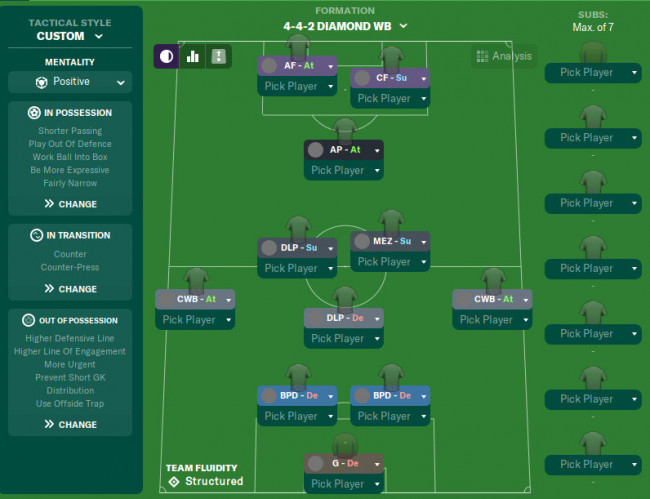 GK-D You can change according to your GK

AP-A this is Isco's Role the no10 he moves into channels, drops deep, roams the pitch. 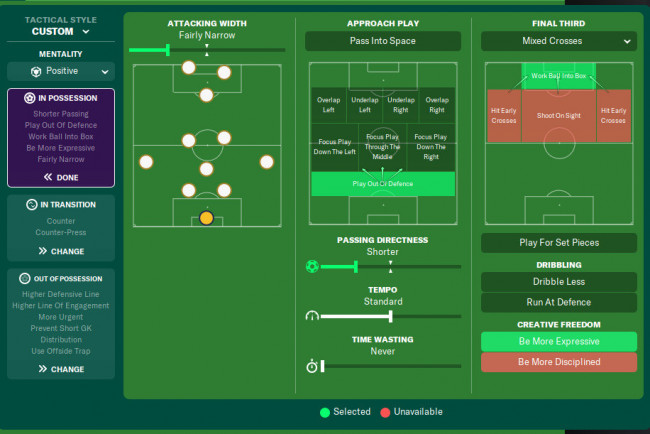 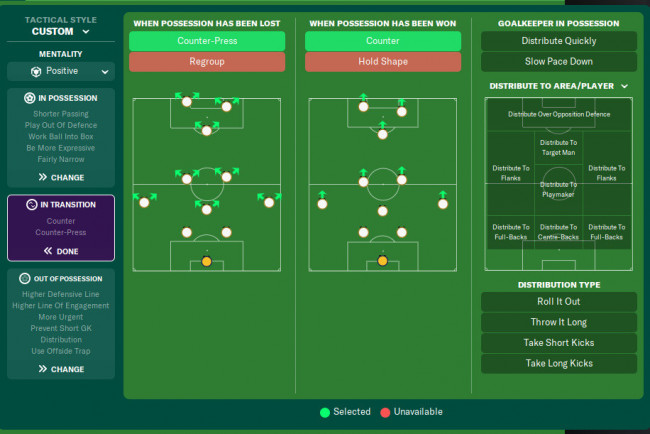 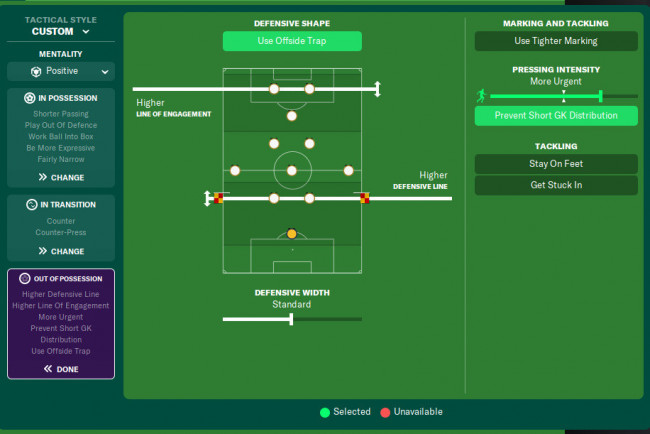 I'm not serious FM manager I play for fun and I hate injuries so I use editor to clear my injuries.

This is very attacking formation I hadn't tried this is weak teams you can try and comment you results I had excellent result with this approach.