Search
FM Scout is the only community you can talk Football Manager in real time. Here are 10 reasons to join!
Home › Articles › Opinion › Archived Blog Stories ↓
Under the suggestion from griff137 (or more specifically the pleads of monkeyme not to be Spurs), I've taken control of Napoli. A team made world famous by Maradona re-joined the big boys in Serie A in the 2007-08 season, having been dwelling in the lower leagues since 2001, and finished 8th. 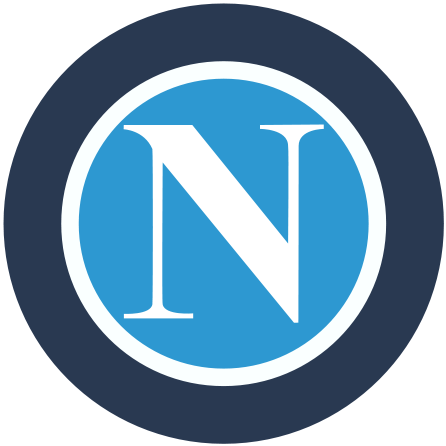 My minimum expectation is to finish in the top half, giving me a transfer kitty of around Â£6million. A quick analysis of the squad suggests that there's a lot to be desired. I've got quality players in Hamsik, Lavezzi, Santacroce and the like, but there's serious improvement needed if I'm going to get anywhere with the team. Half of the team was transfer-listed (with few bids as of yet), mostly the abundance of average defenders, and replaced with 11 new players for a combined amount of Â£29.5m, with next to nothing payed up front and most over 2 years. My only outgoing players were Brazilian attacker PiÃ¡ on loan to Empoli for Â£130k and afore-mentioned average defender Matteo Contini to Reggina for Â£1.6m. I've also had lots of big clubs sniffing around my new captain Marek Hamsik; most want to co-own him with him staying at Napoli. My demands of Â£13m up front and a buying price of Â£30m puts most off, but Inter were happy to cave in to my demands. I think I'm in a win-win situation; I get Â£13m for keeping my star player and then Â£30m to spend on my squad if they go ahead with buying him.

A quick rundown of my signings:

Oscar Ustari: The Argentinian keeper joins us from Getafe for Â£3m to solve my goalkeeping crisis - as in they're crap. I'm hoping the 22 year-old will become a briliant base for my defence over the next few years and for so little money it's a signing that I'll lose little on if I need to replace him.

Mamadou Sakho: He won't be suprising for anyone who bought him in Fm 08. The French-Senegalese defender was a rock in last year's edition of the game, and usually available on a free. I'm hoping he'll form a good partnership with Santacroce at the heart of my defence. Bought from PSG for Â£5.75m.

Keirrison: Bought to provide competition for Lavezzi up top or as an able partner if I change to a 4-4-2. Decided the Brazilian would be more of a like-for-like replacement than my other target Pavel Pogrebnyak. He already looks a decent finsher and skillful with a goal on his debut and ,at 19, he'll only get better. Signed for Â£5.75m from Coritibia.

Sofiane Feghouli: The 18 year-old brings the class I needed to the flanks. Capable of playing anywhere in midfield, he also adds versatility should injuries arise. Looking like he has the potential to be world-class, the Â£5m I paid for him should turn out to be a snip. Used to play for Grenoble Foot 38.

Razvan Rat: A player I buy on most of my games on FM 09. The Romanian left back is transfer-listed at the start of the game and available for just Â£2.6m from Shakhtar. He offers me solid if unspectacular displays at the back and going forward which, at this stage in my development, is exactly what I want.

Damien Plessis: One of two defensive midfielders I've brought in. A player who has excellent potential in real life and, by the looks of things, in game too. Hopefully he'll be a fixture in my team for years to come. Bought from Liverpool for Â£5m.

Juan Manuel Torres: The other one. A player brought in to give competition to Plessis. Looks very good defensively but offers next to nothing going forward. The kind of midfield battler I like to have in my team and at just 23 has plenty of time to improve. Signed from San Lorenzo for Â£1.1m.

Riccardo Brosco: I've co-owned Brosco from Roma with him playing for me. He looks like a very talented defender for his age but is unlikely to get many chances in the first team at the moment. Definitely one for the future. 50% of him cost me Â£210k, let's hope it's the good half.

Stephen Darby: Brought in to provide competition for Maggio. Looks like he could become a good player in the future and I'll definitely be buying him if he fulfils my expectations. Loaned from Liverpool for Â£375k with the option to make it permanent for Â£550k.

Nabil El Zhar: Looks pretty unspectaculat stats-wise, but I desperately needed more options out wide. Has looked very good in pre-season though. Loaned from Liverpool for Â£300k with the option to make it permanent for Â£1.2m.

Gerardo Bruna: Brought in for the same reasons as El Zhar. The left winger has the potential to become world-class in real-life, but doesn't look that good in in-game. Got injured in his first game so haven't had much to judge him on. Loaned from Liverpool for Â£600k with the option to make it permanent for Â£2.4m.

I crashed miserably out of europe at the hands of Hibernian. An unlucky 0:0 draw in Italy didn't seem too bad but we lost 3:1 in Scotland. New signing Keirrison put us up 9 minutes in but several errors by our keeper Lezzo (Ustari was away on international duty) gifted the victory to Hibernian and there was little we could do. This reinforced my view that my previous keepers weren't good enough and also lost us the EURO Vase meaniing we don't get into the UEFA Cup this season. While it is a disappointment, I believe it is better that we have few distractions this season.

Other than that my pre-season went reasonably well, my 4-1-4-1 formation seemed to work very well along with my short passing style. Resulting in good wins against rivals Verona, Aversa Normanna and Ejido plus a draw against Sunderland.