Search
On FM Scout you can chat about Football Manager in real time since 2011. Here are 10 reasons to join!
Home › Articles › News ↓
FMScout.com is celebrating 5 years online! 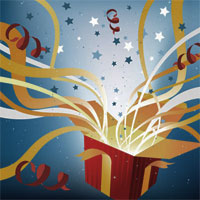 Well, during the first couple of years it was nothing but a mere link to download the application FM Scout by Nygreen, but it has been remarkably evolved and grown to a full blown football manager portal / resource / community, starting with the initial huge upgrade of late 2007.

We like the idea of running an occasional event with a little prize for you. Starting with the giveaway of a FM 2010 copy, we though we'd go for some more giveaways to give people another reason to become active members of our site.

By the end of every month, we'll be upgrading the user group for one of our site members to donor status, with immediate effect on all the privileges that go with that.

Which one will get it? Easy!

The one with the most posts and comments during that month.

We might introduce a point system, but for now it will be as simple as it sounds.
Only users with member status are eligible for the giveaway.
Make sure you don't spam around because it can get you banned.

Alright, that's it!
Remember to show some love and sign up for our monthly free newsletter.
First issue will be hitting your inbox in a couple of days!