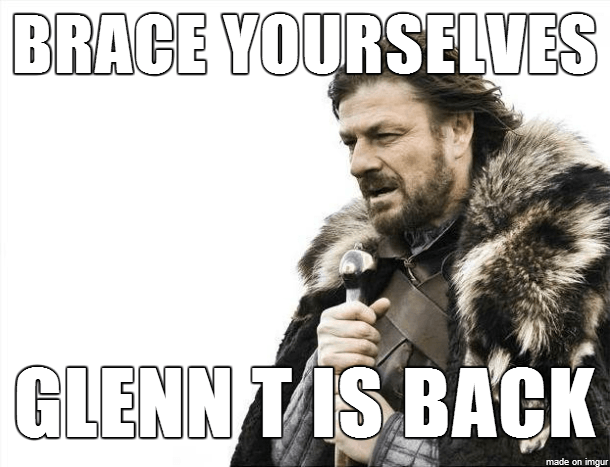 Hello, I'm Glenn T and you probably know who I am. I've missed the feeling of playing and writing about Football Manager so I've decided to give it a go doing a story again. I hope I haven't gotten rusty! Hope you enjoy. This story will be about the club I support, Liverpool, and trying to get them back on the perch that they have been knocked off from by the vile and evil Sir Alex Ferguson.

This will be a more relaxed project than my previous one with the almighty David Beckham and his Villa/Bayern boys and I won't update as much as I updated my Beckham story, but to be fair, I don't think anyone around the site is taking their story any more seriously than mine with the release of FM14 coming soon.

Anyway, sit back and enjoy the ride. 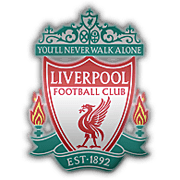 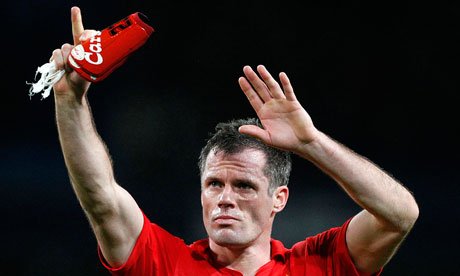 It is done. I, Jamie Carragher, have completed my football career, and ending off with a win too. I couldn't have asked for more. The fans were fantastic, as they always have been, and it feels great leaving on a high.

Liverpool are in a rough patch and this season have been no different from the previous ones, but I am very confident that Brendan will soon be turning things around. He is a great manager and his philosophy is fantastic. Every Liverpool fan says it and I am no different - next year will be our year. We have been mocked so many times for this quote before but I genuinely believe we will be giving the likes of the Manchester sides a run for their money next year. Brendan just needed time to introduce his play style to the team and time has been given, so it'll be a smooth ride from now on, if all goes well.

Of course, I will miss playing for this great football club. I will also no longer get to experience the joy of lifting a trophy like the Champions League in 2005 and the Carling Cup just last year. However, good things must come to an end and I have decided to close the curtains on my chapter with Liverpool, what with me becoming an old fart and all. The younger ones can take it from here.

League-wise, the past few seasons have been nightmares. Finishing below the top four is bad for a club of Liverpool's stature. Despite this, I have enjoyed every season I've played with the team and have no regrets over my footballing career. While Liverpool and Brendan march on to a new season, I will be starting a new chapter myself with Sky Sports. It won't be pleasing to see Gary 'Rat Boy' Neville again but going into punditry was always the plan after retirement, and that's just what I will do.

I wish Liverpool Football Club all the best for their oncoming season. 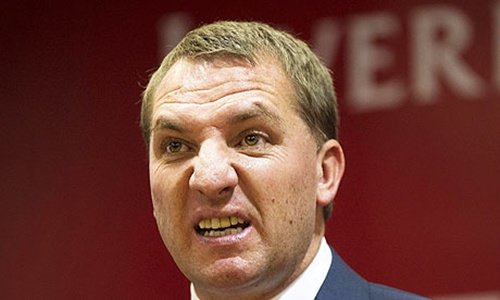 This has come as a surprise to Liverpool and various football fans alike with many expecting Rodgers to stay on to continue working on the passing philosophy he has introduced to the club since his arrival in June. However, Reds owners John Henry and Tom Werner have decided to relieve him of his duties after merely a season.

Despite the previous season looking bad on paper, with Liverpool only finishing 7th, a small improvement from their 8th-placed finish last year, as well as losing out in the Fourth Round of both the Capital One Cup and FA Cup, Rodgers has more or less won over the Liverpool fan base with the attractive brand of football he has brought to Anfield and not many will be pleased to see him go.

Liverpool refused to comment on the matter, simply stating that Rodgers had not lived up to expectations and that they already had a replacement in mind. 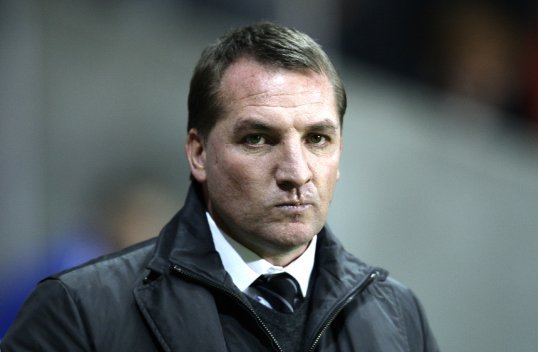 Various footballing figures have been quick to condemn the apparent rashness of the Liverpool board, with the most vocal being former Manchester United captain and Sky Sports pundit Gary Neville.

"Their manager comes in for a season, doesn't do too poorly - and yet he gets sacked, because his side finished 7th and didn't go far in the cup competitions," said Neville, discussing the sacking with Sky Sports. "It is Liverpool we are talking about. They have to start getting used to doing poorly. They aren't the side they were years before and have to stop thinking that they are.

"This is why clubs like Liverpool and Chelsea will never have a managing great like Sir Alex Ferguson."

Rodgers has been conducting transfer businesses of his own and these dealings are not believed to be ceasing with his sacking. Henry and the club's Head of Youth Development Rodolfo Borrell are understood to be taking charge of sanctioning transfers until a replacement for the Anfield hot seat is brought in.
Login to Quote

Akash
7 years
Is this an FM14 story?
Login to Quote

It'll only be here for less than a month! But no one cares! Go Glenn!

I totally copied that from this post
1
Login to Quote

Kane
7 years • Edited
Glenn is back with another story? Well.. Lucas
7 years
Wasn't a regular active member when you did your Beckham story, but it sounded great, I'll make sure to follow this one mate^.^
1
Login to Quote 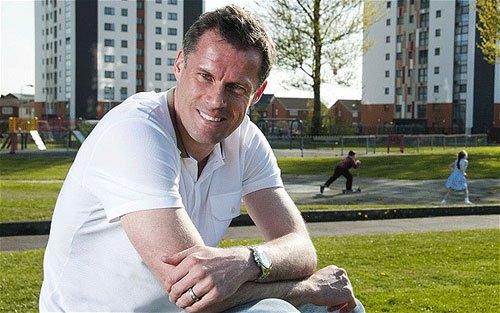 What a crazy week it's been. Learning that Brendan had gotten sacked was a big shock - he didn't deserve it. He did very well and made some very good signings. He should have been given more time. Liverpool's owners are fantastic but they made the wrong decision this time around.

But what has come as a bigger shock - is that I've been offered the Liverpool job. Yes, as manager.

It was really unexpected. John called me to Anfield to talk about a job. I was expecting assistant manager, or coach, with Colin and most of the staff leaving and all with the departure of Brendan, and I was prepared to turn him down, because I really want to pursue this career as a pundit. But instead, he dropped a big bomb on me with his managerial offer. This is something that I really need to think about.

He has given me until Monday to think this through and I can tell he wants this manager problem settled quickly. I have questioned him over his decision to sack Brendan but his reply was vague, something about not living up to expectations, the same answer that was given to the press.

I've not signed a contract with Sky Sports yet, so I am readily available, if I want myself to be. But punditry was always something I've been interested in, and it will be tough to give that up before it has even started.

However, the Liverpool job is a big one and my dream has always been one day to take Liverpool to glory as a manager, instead of a player.

This is my split road of destiny, but which path do I take?

Hmm... what a dilemma.
Login to Quote

Glenn T
7 years
Thanks for all the support so far guys, I really appreciate it!

Rablador
7 years
I noticed you were using a boring old banner, so I took to the liberty of making you my own one. I know, I know, it's perfect. *blushes* Thank me later.
Login to Quote