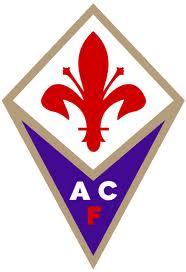 If I am honest, there is no real reason behind my decision to start with Fiorentina, other than the fact that I wanted a challenge, and I wanted to take a Serie A team on! I have worked with Napoli, Roma, Juventus, and I didn't want to take on Inter as I felt I'd be copying Neal slightly. I have also been a big fan of the gigliati since I was old enough to understand football fully. They're a great team and I hope I can bring success and glory to the people of Florence.

A bit about fiorentina.


Fiorentina, originally founded in 1926, are a professional football team from Italy, they play in the Serie A (Italy's top division) and have spent most of their time in the top flight. Only four other teams have spent longer in this league.

Fiorentina have won two Italian Championships, in 1955–56 and again in 1968–69, as well as winning six Coppa Italia trophies and one Italian Super Cup. On the European stage, Fiorentina won the UEFA Cup Winners' Cup in 1960–61 and lost the final one year later. They finished runners-up in the 1956–57 European Cup, losing against Real Madrid, and also came close to winning the UEFA Cup, finishing as runners-up in the 1989–90 season.

Since 1931, the club have played at the Stadio Artemio Franchi, which currently has a capacity of 47,282. The stadium has used several names over the years and has undergone several renovations. Fiorentina are known widely by the nickname Viola, a reference to their distinctive purple colours. 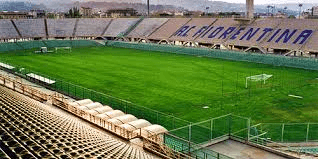 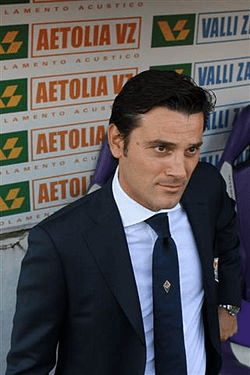 In a surprising turn of events, Diego & Andrea Della Valle have relieved Fiorentina Head coach Vincenzo Montella of his duties, after a huge row over the recent sales of Stevan Jovètic and Ljajić. It is thought that Montella was extremely unhappy at the Della Valle brothers' decision to let the two players go, although it was thought that recent signing Mario Gomez would balance out the two sales. A statement has been released, and we now await to see who will be named the next manager of Fiorentina!

Andrea Della Valle:
"We can now confirm, that Vincenzo Montella has been let go by Fiorentina and we can safely say he will no longer play a part in our business. It is true he was unhappy at our decision to sell Mr Jovétic and Ljajić but with the signing of Mario Gomez, we are confident our squad will be just as good, and If not then stronger than it was before! We fully believe we can still compete this season, and we already have a new manager lined up."

No one knows what to expect now from the Della Valle brothers, and there have been no links to any possible managerial candidates! Some fans have taken to twitter, and have expressed their opinion...

@FabioSpalleti: @FiorentinaOfficial I think you're mad! What are you thinking getting rid of Montella, you better hope the next manager is anywhere near as good as him, or there will be some angry fans on your hands! #NoHope
Login to Quote

Aaron
6 years
Cheers, bayern! I hope so:)
Login to Quote 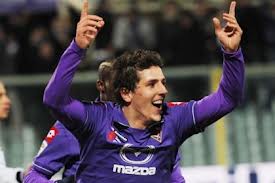 Stevan Jovetic, celebrating one of his many goals at fiorentina

In a late night interview, at the manchester city training complex, we spoke to Fiorentina's former Montenegrin striker to get an inside look on the current managerial situation in Florence.
Here is what Stevan had to say.

Journalist: "So, Stevan, what is your view on Fiorentina's current managerial problems? Do you know what is going on?2

Jovetic: "Look, I do not know anything about Fiorentina's problems, or what the situation is with Vincenzo and the Della Valle brothers. All I know is that Vincenzo, had a problem with the two owners selling me and Ljajic...and I want to thank him for holding the pair of us in such high regard. But I Do not get what it is with you people? You think because I used to play for them, I should know what is happening. I don't. I am fully focused on Manchester city. I do have a message for the fans of Fiorentina and that is...Stay strong! No matter what! I am sure that the manager diego and Andreas have lined up will be able to take The Viola's back to glory! The silverwear will pour in soon. you'll see."

Stevan Jovetic there, on he current situation of Fiorentina and a message I am sure will fire the fans up! Stay tuned, The new manager should be revealed in a matter of days. More, after the break.
Login to Quote

Aaron
6 years
Thanks Bayern. Glad you seem to be following and commenting aswell, thanks alot!
Login to Quote

MJK46
6 years
Yeah no problem. Fiorentina has always fascinated me I really don't know why but they are the only Italian Club I have no issues with.
Login to Quote

Aaron
6 years
Im exactly the same! other than roma and inter they are the only italian team that really interest me!
Login to Quote 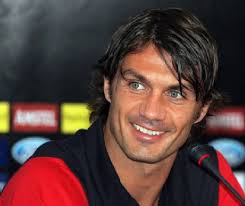 Maldini, during an interview for former club AC Milan

Today, Sky Sports news can reveal that Paolo Maldini...Has been approached for the top job, in Florence. It is reported that he has been offered a one year contract. One year that will hopefully see Fiorentina regain form and consistency, If his tenure at the club becomes successful, we're sure his contract will almost definitley be extended.

It isn't known yet whether he has accepted or rejected the offer, or whether he has done either However we do know, if the contract is accepted then he should be named the next manager of Fiorentina in the next 48 hours.

Incase some of you watching dont know a lot about Paolo, maybe this might give you an idea...

Paolo Cesare Maldini (born 26 June 1968) is a former Italian footballer who played as a left or central defender, being adept with either foot although naturally right footed. He spent all 25 seasons of his career at Serie A club Milan, before retiring at the age of 41 in 2009, becoming a symbol and a legend of the club. During that period, he won the Champions League five times, as well as seven Serie A titles, one Coppa Italia, five Supercoppa Italiana, five European Super Cups, two Intercontinental Cups. He played for 14 years for the Italian national team, making his debut in 1988 before retiring in 2002 with 126 caps and four World Cup participations.

He is regarded to be one of the greatest defenders of the modern era.
Login to Quote

wellsy1498
6 years
Good luck. My personal prediction was right. I knew there would be some Italian stories straight away.

Aaron
6 years
haha, well im glad to be part of that prediction! cheers matt, ill hopefully be sticking to this one too!!
Login to Quote


As if there was any doubt! Why would Maldini turn down this massive chance to get back into football and in to management? Well, that's a question that needs no answering as today, Andrea Della Valle (Fiorentina co-owner) confirmed the appointment of the AC Milan legend! We will quickly run through the boards statement and head off to maldini's first live interview...

We are happy to announce that Mr. Paolo Maldini will be the new manager of Fiorentina as of tomorrow. We hope he settles into the team fast, and we expect the entire team to take to him like a father figure. Who wouldn't? He has such a great reputation all around Italy.

That was the statement Andrea made just about an hour ago, and we too hope he settles in well!
But now, it's just about time for Maldini's first interview...we will now hand you over to Sky sports in fiorentina.

Journalist 1: Good evening, Paolo, Fabio Pirella from Sky Sports Italia, first question! How happy are you that the Della Valle brothers have trusted you with this position and how does it feel to be sat here right now?

Hello, yes, well, it feels fantastic I must say, when I was playing for AC Milan, I never imagined myself as a manager but here I am now, as the head coach of Fiorentina, and I must say, I think the board have gambled with me slightly, as I have no past experience as a manager but I am happy they have chosen me!

Journalist 2: Hello? It's Giovanni si chenna also from a Sky Sports Italia, you seem quite content with the boards decision to pick you for the job, but do you think you can actually lead this team to glory? How do you think you'll settle in?

Content? I am overjoyed!! And yes, I think I can lead this club to glory, every manager has to start somewhere, as does every player! I started off at Milan and look what happened there, Sir Alex Ferguson started off at Manchester United, and when did he end up? As for settling in, I think I'll be fine, I'm managing in my home nation it's not like it's a completely different culture. Also, I'm sure all the players will know me and will all get on fine! But listen, I really have to go. It's been a long tiring day but nevertheless...I'll be back to answer your questions soon enough...
Login to Quote

You are reading "Fiorentina - A new era!".