Eastleigh- The Touch Of Success

It's Good To Be Back

After a long break from serious writing I feel that I am now ready to start all over with FM14. The past week or so has been very annoying as I have been itching to write but I knew I had to wait. I was going to hold this up until mid- November and most people knew this was coaming but I feel that I need to start this now.

Well this is a club I feel in love with one year ago. It all started with a stay in a small Travelodge in the town but then I discovered them on FM13 and it was great. I hold my hand up and I will admit that it was not all 100% clean and that editors were used but now this will be clean.

I have unfinished business with this club and I am ready to take the role over again.

People may say why take over the same team again... well I want to do this for real this time and make sure that the club gets to the top.
When I wrote Eastleigh The Rise my writing skills were not very good but now after many stories and a SOTM win I feel this is a good time to get back into writing with a club close to my heart.

Here's to some more great times with the spitfires and to a successful story.
Login to Quote

AlexTHFC
9 years
I know I'm going to love this

Louis O.
9 years
I was one of your main folowers last time, this time you'll have a lot more but I'll try to follow anyway. Good luck Wellsy, you'll need it, especially without the editor

Jer
9 years
I feel cheated after you said that you used the editor in the previous story :'(. Good to see this back, and I hope that you can achieve success. Kthxbai
1
Login to Quote

pompeyblue
9 years
I will definitely be following this one!
Good luck

I hope that you do

Thanks mate I hope that you enjoy it again 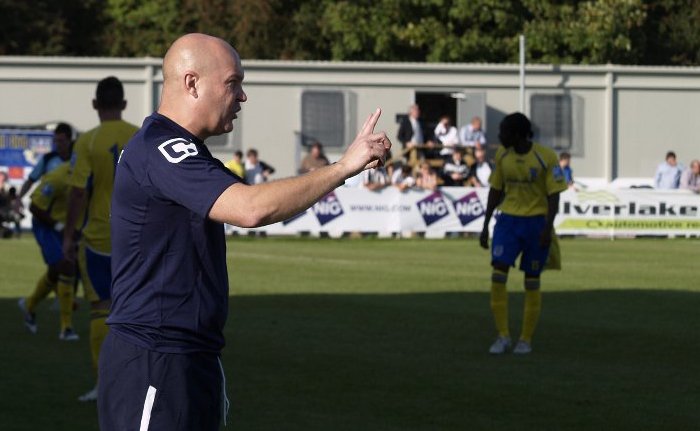 Richard Hill has left Eastleigh with immediate effect after being in charge of the Spitfires after just 10 months in charge.

Hill who has vast coaching experience after a playing career cut short by a knee injury has decided to leave the club after an altercation with a local fan in a nearby pub.

The fan aged 26 was unhappy due to the lack of communication between him and the fans after another season ended with defeat in the play-offs.

Hill who is known for his lack of communication skills engaged in a heated argument with the fan after what friends describe as him 'having a few too many'. The argument then escalated into a brawl and the fan had to be taken to hospital with serious injuries.

A statement was then released by the club earlier today to announce the news.

"It is with our regret that Richard Hill has left the club by mutual consent. We would like to thank Richard for all of his work while he was at the club and we wish him the best in the future".

Many fans are happy that Hill has left the club and many have taken to forums to greet the decision.

Another statement was released after announcing that the search for a new manager was one and that they hope to have a new manager announced before the start of pre seasons in three weeks time.

The Non-League paper has declared that Gresley manager Garry Norton could be favourite to take the job at the Silverlake but Eastleigh need a new manager sooner rather than later.
Login to Quote

Thanks I hope that you enjoy

HAHA Thanks mate appreciate it

The 31 year old will take charge of Eastleigh for this season with the view to a contract extension.

This will be Wells' first job in football and many people are wondering who he really is and if he is up for the job. Fans have also welcomed the decision with the club in need of a young and fresh manager with new ideas to bring to the team.

The 31 year old has no previous experience other than managing a local boys team named Midway FC. He recently passed his coaching course to gain his Pro License and he is regarded as an excellent coach.

Matt briefly spoke to fans about what he wanted at the club and without saying too much he seemed to have a good idea about his plan for the club.

"I know that the last few seasons have been tough but now I am here that will change. I want to take the club into the Football League where it can flourish and become a great team. I know not many people know me but I know I am the right man for the job and I know I will bring success".

"I want to put this club on the map. The recent rise of neighbours Southampton has inspired me to do the same and to bring league football to this town and make it great".

"The club has not won many trophies but this will all change...... I promise you".

The club also reiterated the fact that they will give Matt Wells the time to do his job and make sure that he is given the support he needs.

"We have given him a healthy budget and also we will give him our support" said Chairman Stewart Donald. "He has good views about how football should be played and he has promised that he will implement those at the club".

"We hope that the fans get behind him and support him well to make sure he can do his job".

It is not known how well Matt Wells will do but one thing is for certain, Eastleigh could well have a bright future.

I am looking forward to what Matt Wells can do at Eastleigh!
Login to Quote

You are reading "Eastleigh- The Touch Of Succes".