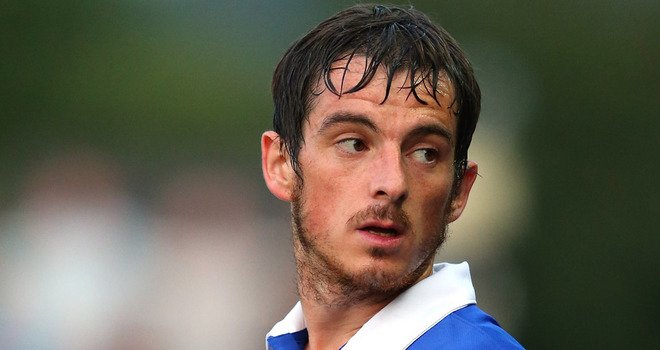 Everton have tied down Leighton Baines to a new contract until 2018.

The highly rated Left Back has been surrounded in transfer speculation all summer and was close to a move to Manchester United to play under David Moyes again.

Recently Arsenal were close to making a bid for the talented full-back but the Englishman has decided he wants to stay at Everton.

"I feel I want to play here forever", said Baines. "I want to become a legend here and I just love the club and the fans. I don't think I could ever move".

After the announcement Roberto Martinez then confirmed that Baines will become the clubs new Vice-Captain.

"Leighton is a leader. A true leader. He is a great player and has been a great servant to the club and he can become a legend here. He is the best left back in England".

Leighton is still second choice for England but due to Ashley Coles decline in performances that may change very soon and with a year to go until the World Cup Leighton wants to make that number 3 shirt his.

"I love playing for my country. I want to be in Brazil next year and I want to make sure that I play. I am 28 and I am coming to the peak of my career and I am enjoying my football so much I just want to play more and more".

Also Everton confirmed that Aspostolos Vellios has joined Nottingham Forrest for a fee of £1.2M.

The Greek striker never scored for the club but thanked the club for all of its support while he was there.
Login to Quote

HAHA Well he is a man of multi talents

It would have been a stupid decision to let him go he is our best player. I hope that he can perform for me now

9thCodebreaker
7 years
Maaan In FM12 he never wants to join me on Everton the 1st season (Ince). Great move!
Keeping hold of Bainesy is also crucial, hooked up to this story already

Cheers. He is crucial to the team and my left side can destroy teams now

The 510 Series
7 years
Who needs Fellaini when you've got all of this lot playing for you?

Jamesg237
7 years
A great start to a story that I refuse to follow!

I think retaining Baines is a much bigger deal than the signing of Ince, who is definitely a player for the future of Everton! Keep up the quality of updates Wellsy!
Login to Quote

I think retaining Baines is a much bigger deal than the signing of Ince, who is definitely a player for the future of Everton! Keep up the quality of updates Wellsy!


HAHA I will win you over James don't you worry 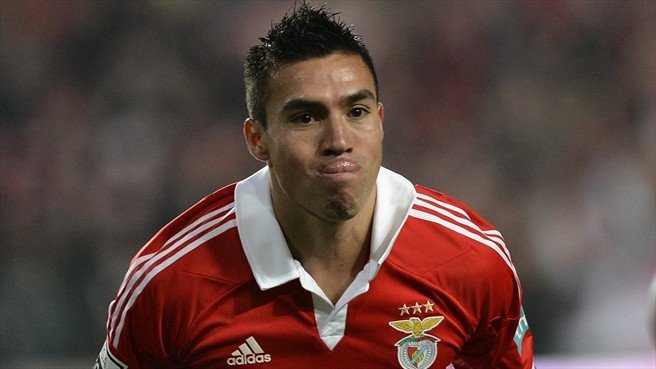 The Argentine winger joins the Toffies for the season and Everton have an option to buy Gaitán at the end of the season.

The winger who started his career at Boca moved to Benfica in 2010 an has found himself unwanted at the club.

Gaitán has also made 6 appearances for his country but is yet to find the net for Argentina.

Gaitán can play on the left or right wing and is capable of playing many roles but his main advantage is his pace and left foot.

Speaking to Everton TV the winger said he was delighted to join such a well supported club an he hopes that he can contribute this season and try and get the club into Europe.

"I am very excited about playing here. I feel at home here and I want to do well. I want to show Benfica that I am a good player and I wan to make a big impact. I know a lot about the club and I hope that we do well this season".

"To play in the Premier League is a huge achievement for any player but I feel that I might want to stay here after this season has finished, who knows". 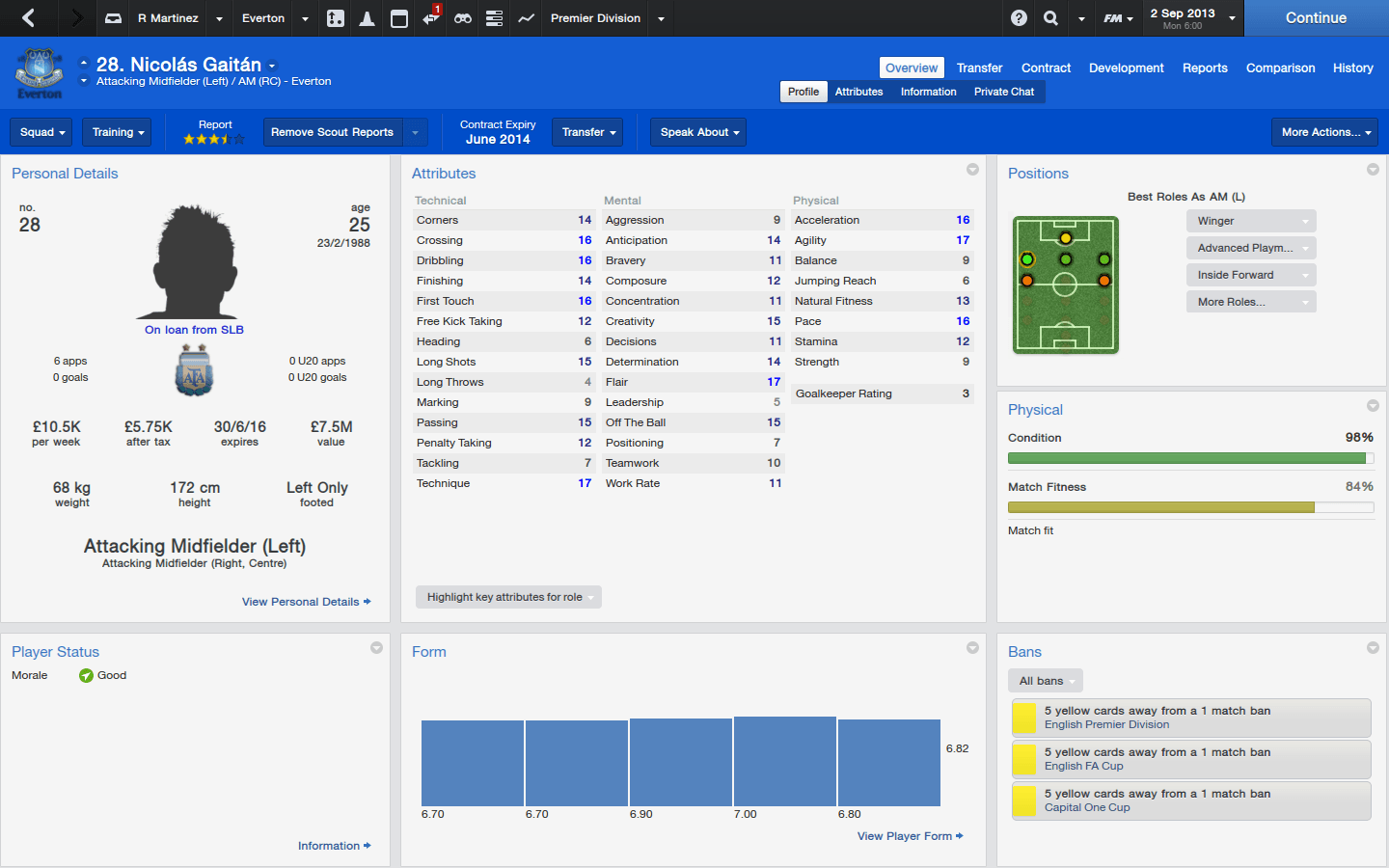 You are reading "Roberto Martinez - The Quest (Delayed Until Further Notice)".