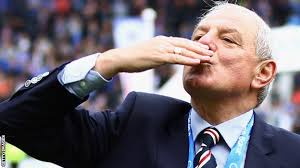 Walter Smith has resigned his post as Rangers chairman following a period of bitter infighting at Ibrox.

The former manager, 65, has only been in the non-executive position since May, when he replaced Malcolm Murray.

Smith lifted 21 major trophies over two periods in the Rangers dugout before handing over to Ally McCoist in 2011.

Rangers chief executive Craig Mather said he was "saddened" by Smith's departure, adding that he "fully understands the concerns of fans".

"Walter has his own reasons for this decision but exactly when he discloses them to everyone is up to him.

"I am certain the last thing he would want to do is damage the club more than is necessary. After all, he returned to Ibrox to help rebuild the club, not to disrupt that process.

"However, I have to accept his decision and respect it. But even though he has stepped down he has made it clear that if I feel the need I can call him at any time"

The Scottish League One club released a brief statement to the London Stock Exchange, simply stating:

"Rangers announces that Walter Smith has today resigned from his position as chairman and a director of the company with immediate effect."

His resignation comes after McCoist reacted angrily to remarks made by former chief executive Charles Green, who has returned to the club as a paid consultant.

Green was quoted in a national newspaper saying that McCoist's position might not be safe even if he delivered the League One title - he also reiterated his claim that the current Rangers squad is the worst in the club's history.

McCoist described Green's behaviour as appalling and insisted the man, who stepped down back in April, was an embarrassment to the club. 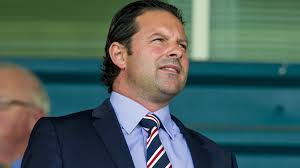 Rangers chief executive Craig Mather has resigned from his post with immediate effect.

In a statement to the stock exchange, the club also announced the resignation of non-executive director Bryan Smart.

Mather replaced Charles Green as chief executive earlier this year, having invested in the club in 2012.

"The interests of the club are of paramount importance and I believe these are best served by me leaving the club," Mather told the Rangers website.

"I have enjoyed a very constructive relationship with Ally McCoist and wish him and the team every success.

"I leave with my head held high and will remain as a shareholder and a supporter of Ally and his team.

"I consider it to have been my privilege and I am certain that once the board is settled Rangers will be restored to the top of Scottish football.

"I wish Rangers and the fans every success in the weeks, months and years ahead. I will continue to follow the club's fortunes and support the team which is playing an exciting style of football. In fact, I hope to return to Ibrox and take in as many matches as my time will allow." 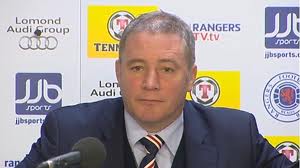 Ally McCoist has today rocked the Ibrox club even more by announcing his resignation as manager of Rangers, after weeks of turmoil which has seen Walter Smith resign as Chairman, Craig Mather resign as Chief Executive.

McCoist released a statement to reveal why he decided it was time to leave.

I really felt like leaving the same day i found out that Walter had left, i just didnt know how the club was going to go forward without him controlling things, he really is a great guy. I decided to try wait it out and see what happend within the month but then Craig left and it there was pretty much to uncertainty left for me to remain in charge.

I still remain fully loyal to Rangers and wish the new manager and the team all the best in the future, ill be in the stands come game time supporting them like i have done all my life but thats as far as my connection goes from now on
Login to Quote

wellsy1498
8 years
Good luck Mark I remember reading your old one and it was class.
1
Login to Quote

MJK46
8 years
Good luck!! I dare you to bring in Neil Lennon as the manager rofl.
1
Login to Quote

i hope to replicate my success from 13, so hopefully you keep reading

BayernAmerica Thanks mate, hopefully see your name around my story in the future, if all goes well :), nahh dont think that would be the right move lol ;p
Login to Quote

MJK46
8 years
Haha. Will be interesting to see how fast you get Rangers back on top.
1
Login to Quote

FM King
8 years
Best Of luck mark.. your rangers stories are always good to read are you going to stay doing this
1
Login to Quote

MarkKolatowicz
8 years
BayernAmerica i cant see it being to long to be honest, they alredy start with a great squad

A Game Player Lands Top Job
What Next At Ibrox? 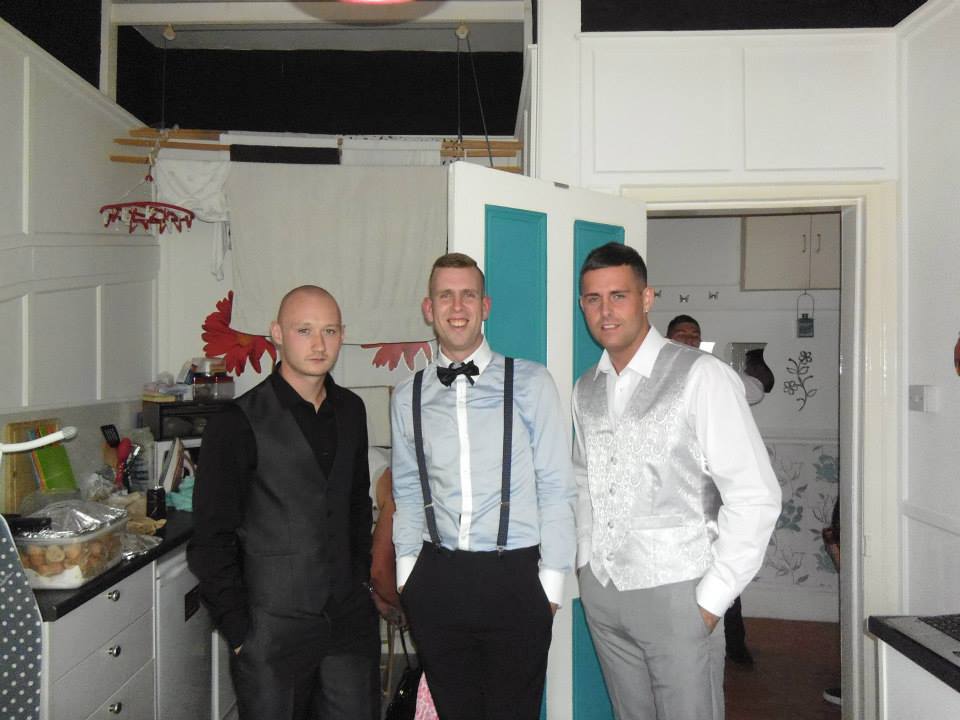 When a 25 year-old football fan applied for the vacant boss's job at Middlesbrough on the strength of his experience playing Football Manager on the computer, sports fans across the world were left chuckling by the brilliant application letter.

Six years on from John Boileau's correspondence with Boro chairman Steve Gibson, dozens of others have followed suit - not least when hundreds of people applied recently for the Dumbarton job on the basis of their prowess playing FIFA 12.

But for one fan, video game prowess has finally paid off in the form of a job as manager of Scotland team Rangers Football Club

Mark Kolatowicz, a 25-year-old Tesco employee from Scotland, landed the job at one of Scotlands top football clubs - reportedly beating off big names including France legend Jean-Pierre Papin to the post - despite his only experience of managing a team being on his computer.

Yet that devotion to the virtual game - along with some a work experience stint with a sports agency in the Scotland - were apparently enough to land him the job.
Login to Quote

LeedsUnitedForLife
8 years
one of my girls as friends thinks you and your friends are hot. she wants some
Login to Quote


She wants the D

Board Happy With Direction
12th July 2015 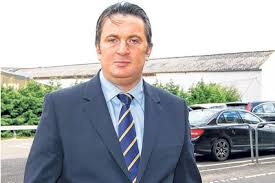 Rangers director Sandy Easdale has insisted that the present board of the League One club has a business plan that it is determined to implement.

The Rangers board was left further depleted this week after the resignation of chief executive Craig Mather and Bryan Smart.

It follows a campaign by a group of shareholders for boardroom changes.

Easdale insists he does not want to become involved in those arguments but backs the board's direction.

"I am a committed investor and fan and want nothing other than to see Rangers continue its progress back to the top of Scottish football, "As far as I am are concerned, there is a business plan in place and I am certain the directors will do everything to ensure that it continues to be implemented." he said.

RANGERS today unveiled three new kits for next season as they heralded the start of new deals with Puma and Blackthorn Cider.

“I have no doubt our supporters will be impressed with the design and quality of the new kits and this is just the start of our exciting five-year partnership with Puma.

“Everyone associated with Rangers - players, sponsors, staff and fans - are relishing the season ahead and I am sure the new Puma merchandise will be hugely successful."

"Today’s kit reveal also marks the official launch of our partnership with Blackthorn Cider and we look forward to a positive and mutually beneficial campaign with Blackthorn and Puma. This is just the beginning of our relationship with both commercial partners and we will work closely together throughout 2013/14.”
Login to Quote 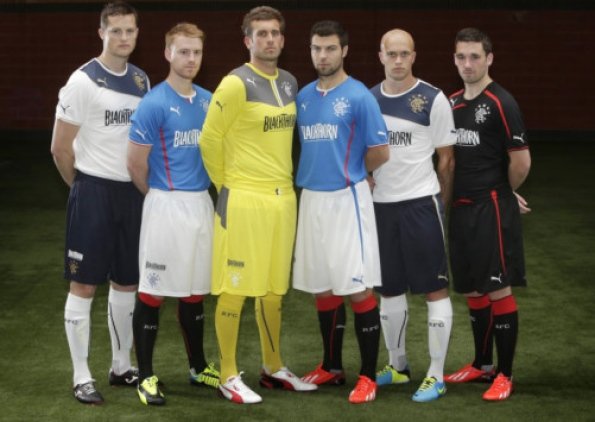 Rangers have made a host of transfers this summer bringing in no more than 9 new faces to play at Ibrox for the 2013/14 season. Although all players have signed they are only on pre-contracts and cannot play in a competitive game until after the 1st of September 2013 once Rangers' global transfer ban has been lifted.


"There are not many better places to go and play your football. I am ambitious and I want to win titles. When you think of Rangers, you think of titles and trophies. This was the biggest club that I could have signed for. It was as simple as that, really." Nicky Law told BBCSport

“Signing for Rangers has been unbelievable and I just want to be part of the journey back to the SPL and Europe, which is where this club belong. I haven’t set any personal targets for next season. I don’t do that – and I didn’t do it last year either. I’ll just go out and try my hardest for Rangers.” said newboy Nicky Clark

"I didn't really want my agent to speak to any other clubs, I wanted to try to get this deal over the line and thankfully that has happened," Daly told the Rangers website

Along with the three mentioned above Cammy Bell, Richard Foster, Stevie Smith, Bilel Mohsni, Arnold Peralta and Steve Simonsen also joined and will all be looking forward to getting involved in first team football come September 1st. 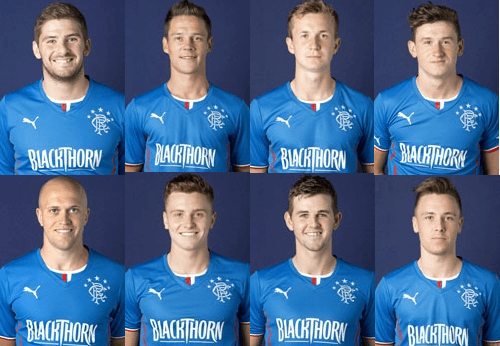 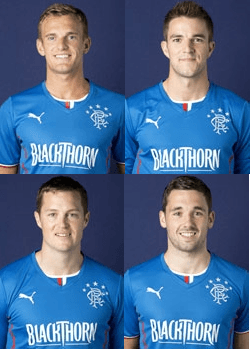