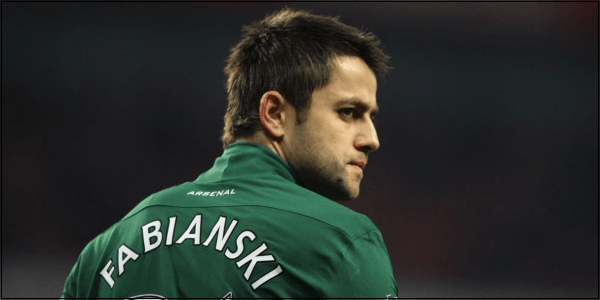 Lukasz Fabianski failed to make an impact in the Arsenal squad.

Steve Bould has immediately shipped out two players from his side, clearly stating both had no involvement in his plans for pre-season, while it is unlikely anyone else would involve them when there are a number of other players with better ability than those.

Lukasz Fabianski was the first to go. Joining Russian side Lokomotiv Moscow, Fabianski was unable to break into the first team, with Wojciech Szczesny beating his fellow Pole to the position regularly, and will leave for a fee of £2 million

Lukasz joined in 2007 for £2.1 million, after two seasons after the number one for Legia back in Poland. However, in his six seasons spent in London, he could only appear 31 times, the 2010/11 campaign being his best.

Having appeared just four times over the last two seasons, the move seems beneficial to both parties, Fabianski needing the move to gain more playing time, likely to become the first choice goalkeeper in Russia. 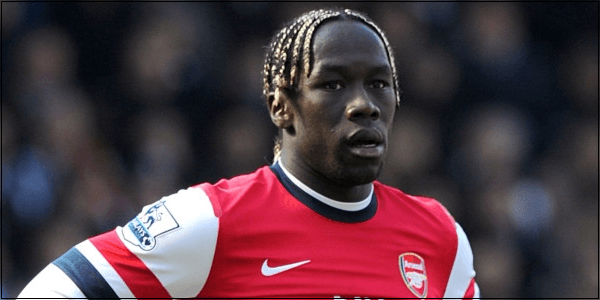 Bacary Sagna will join Gervinho at AS Roma for the 2013/14 season.

Bacary Sagna soon followed, joining Italian side AS Roma. Sagna will now feature on the right alongside former Arsenal team-mate Gervinho. Costing £6.5 million, the 30-year-old had always been a regular since joining Arsenal back in 2007.

Costing a slightly smaller fee of £6.25 million, Bacary was able to put on the Arsenal shirt 170 times, 24 of those appearances coming last season. As a result, the move may seem like a shock to some, but in truth Bacary had lost from considerably, and played due to limited availability rather than choice.

Sagna will have to battle against both Maicon and Vasilis Torodis, two well respected names in football, for a place in the side, meaning he may get less game time than he has in previous signings.

A replacement is expected to be announced within the next week.
Login to Quote

BeanyUnited
8 years
Sounds like a great challenge! And I fully expect this story to better than your FM13 ones! Keep up the good start

Wellsy1498: In truth I prefer that Stan Kroenke or whatever his name is, his mustache is epic and he looks the sort of person who would screw a club up financially.

BeanyUnited: Thanks! I hope so, after a year I better have improved!

Kane
8 years
Wellsy1498: Much worse will happen soon. Ive made £100M from sales this year, expect more to leave!
Login to Quote 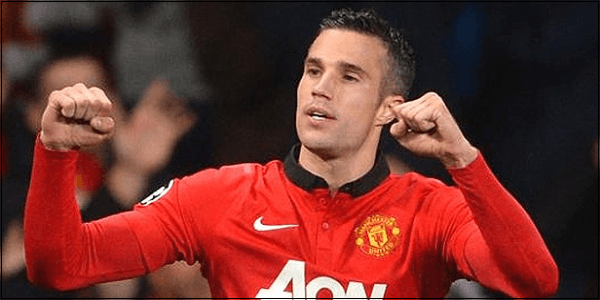 After selling a first-team regular, caretaker manager Steve Bould has caused drama once again, this time in an interview held at the training ground. When asked about his views on Wengers past, which included the sale of Robin Van Persie to rivals Manchester United. Bould told Sean Murphy of BBC Sport:

"Wenger was a fine manager. He found many successes at the club, and deserves all the praise he gets for that. However, his greatest achievement? Selling Robin van Persie. Make that player hit a ball with his right foot and he'd hit a ball boy before he found the net. He's so one-footed it's unbelievable.

In training we'd always do drills using just one foot, and he was sh*te. Not only that, he's one of the most temperamental people I've ever met. I couldn't stand working with the lad, and selling him for such a large profit was the best thing ever done by Wenger." 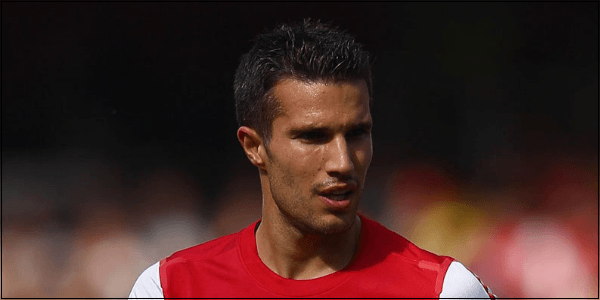 The Flying Dutchmen became a key player for Arsenal over 8 seasons.

"And now, at Manchester United, he is certainly overhyped. Sure, he bagged a few goals. But the truth is, that was down to the midfield. Look at us, we had, and still do, have a brilliant midfield. Cazorla, Wilshere, Ramsey, Walcott, Ox... We have it all. And United have a decent midfield too. Kagawa, Carrick, Nani, Valencia, Young. They're not bad I suppose, even if it was the likes of Wayne [Rooney] and Danny [Welbeck] doing most the work up front.

Robin is over-hyped. Simple as that. Then we have players such as Olivier Giroud, much better in front of goal (and quality hair) yet gets stick more than praise. Even Nicklas Bendtner is a better player! Overhyped I tell you, over-bloody-hyped."

Manchester United fans are distraught at the comments made, taking to forums to discuss their hatred for the caretaker manager. Arsenal fans on the other hand, are loving it. They have praised Bould for his boldness and determination to succeed, with rival teams of Manchester United also enjoying the drama.

Nevertheless, it is unlikely this is the last we will hear from Steve Bould.
Login to Quote

Kane
8 years
Kazza121: I'm surprised I could even say that as a United fan! Thanks 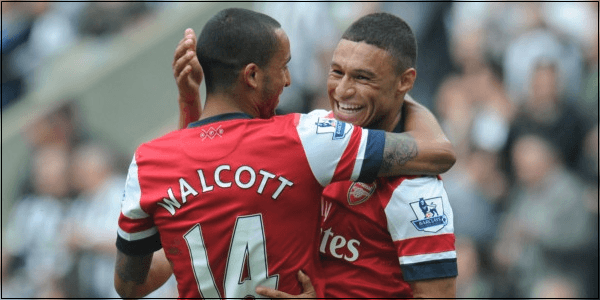 Theo and Alex have both had spells at Southampton and Arsenal

Two more departures have been announced by Arsenal FC, this time wingers Theo Walcott and Alex Oxlade-Chamberlain, who have played together regularly, at both Southampton and Arsenal, for a combined fee of £47 million.

Theo Walcott has left the Emirates Stadium to take the long trip to Anfield, signing for Liverpool for a mouth watering £27 million. Theo had become a regular for the Arsenal team across my eight seasons at the club, especially during the previous season when he certainly found form.

Nevertheless, he will leave to join the likes of Coutinho, Daniel Sturridge and Luis Suarez having made Arsenal a massive profit. Fans have thanked Theo for all he had done to the club, and wished him well with the future, while also understanding why he was sold.

Alex Oxlade-Chamberlain has left for a slightly smaller fee of £20 million. Having signed for just £12 million two seasons ago, Alex linked up regularly with Theo on the opposite wing and became a regular name on the team-sheet, despite still only being 19. 31 appearances later, Chamberlain is returning to Southampton for a second spell.

It seems with the loss of two wingers, the Arsenal board may be wanting to take a more central approach to football, understandable with the quantity and quality of central midfielders at the club.
Login to Quote

Jamesg237
8 years
This has the making of a great story Kane. It has had an excellent start and long may it continue!
Login to Quote

Justice
8 years
A bould move to sell two fan favourites, hopefully you can replace them well

Kane
8 years
Justice: I see what you did there! I'll replace them one way or another 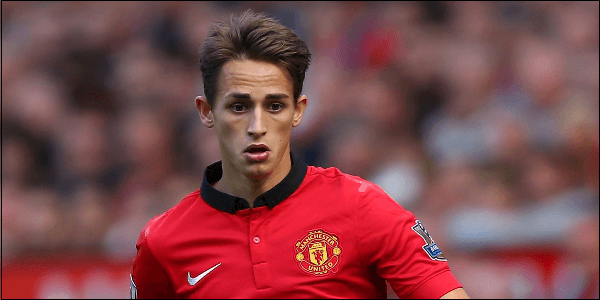 Adnan Januzaj has been tipped as a future world star

With the recent departure of a few first team players, the money is certainly there for Arsenal to spend now. As a result, Steve Bould has dipped straight into the market and made his first two signings, spending £13 million on the first player who has only been on the scene for a few months.

Many Manchester United fans may have kept an eye on the player as he progressed through the ranks, but now they can only watch as Adnan Januzaj puts on an Arsenal shirt for the first time in the coming weeks.

The 18-year-old only made a handful of appearances for the senior squad, but impressed when he did as well as for the youth teams, where he won Reserve Player of the Year aged only 17. Adnan has been singled out by some of the best footballers in the world, with many suggesting who will go on to be of the best in Europe, and possibly even the world.

The move has shocked both sets of supporters, but the Arsenal fans seem ecstatic at the potential of having a world star. 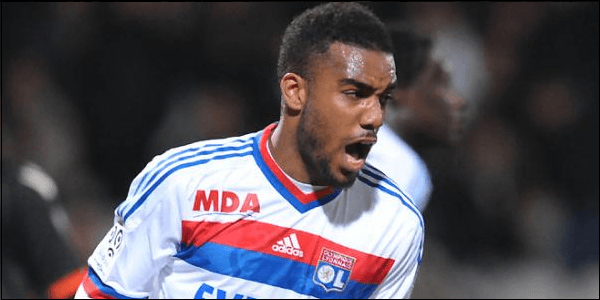 The next signing has travelled from France, after becoming a leading star in Ligue 1. 22-year-old Alexandre Lacazette has joined Arsenal from Olympique Lyonnais, having become a first team regular 2 years ago. Lacazette found sublime form last season, which has earnt him a move to London.

Costing the Gunners £7.5 million, Lacazette is expected to compete with Olivier Giroud for the main strikers role, but can also play as an attacking midfielder if needed, which could improve his game time dramatically.

Alexandre Lacazette has already been called up for the squad for the upcoming Emirates Cup, with confirmation of Adnan Januzaj being involved expected by the end of the day.
Login to Quote