Shaw-t on quality? Luke who we got now! 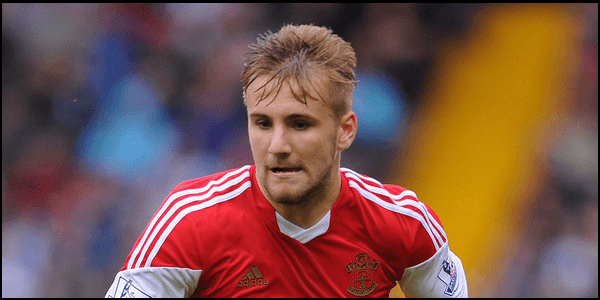 Fans are ecstatic with their new signing of Luke Shaw

Despite the suggestions that Arsenal are short on quality following the numerous departures of first team players, Steve Bould has silenced his critiques with what many have called an outstanding signing, with the temporary manager getting a fantastic deal for the value.

Luke Shaw has been tipped as a future Premier League and England star, despite being 18 years old. After a fantastic first season with , interest occurred from some of the biggest teams in England. Shaw rejected potential offers from both Manchester United and his beloved Chelsea to join Arsenal, setting the sign back £6m and Kieran Gibbs.

Shaw had been within the Southampton ranks since the age of just 8, spotted playing for his local club Molesey Juniors. From then on he dazzled players and teams at all age groups, which earned him his first professional contract at the start of the 2012/13 season, with saw him take the number 23 shirt, while going on to feature 25 times.

Named as the likely England first-team left-back regular, Shaw has been notified for his blistering pace, exceptional crossing and tackling, as a defender who can both attack and defend well. With a £40k a week contract, fans can expect to see the star playing regularly, pleasing fans across the country, many ecstatic with the signing. 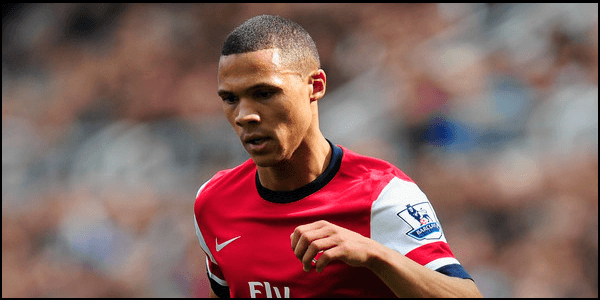 Kieran Gibbs will move to Southampton as part of the deal

Nevertheless, fans will see current left-back Kieran Gibbs depart to Southampton, a move that seems to have little impact on the fans. Gibbs was never really able to break into the team regularly, always having to compete with others, most recently Spaniard Naxto Monreal.

The 23-year-old had been with Arsenal since 2005, with a loan spell to Norwich in 2007 miserably. Kieran made the odd appearance here and there, and did play 27 times last season, but was clear to lack the needed talent to become the Arsenal left-back for many years.

With Shaw the regular full-back back at Southampton, the club seized at the opportunity to easily find a more experienced left-back to become Luke's replacement, who has already become a fan favourite at the club, selling out of Shaw shirts at the megastore within hours of the announcement and printing.
Login to Quote

Kane
8 years
Walter: Thanks, but I have to give Rablador credit for the title!

With the Transfer Deadline Day underway, temporary manager Steve Bould announced early news, that has dramatically pleased Arsenal fans. Transfer Deadline Day is one of the most anticipated days of the football calendar, with many fans locking themselves away in front of Sky Sports News following all the latest actions, transfers and drama. The five signings should be announced slowly across the day very soon. 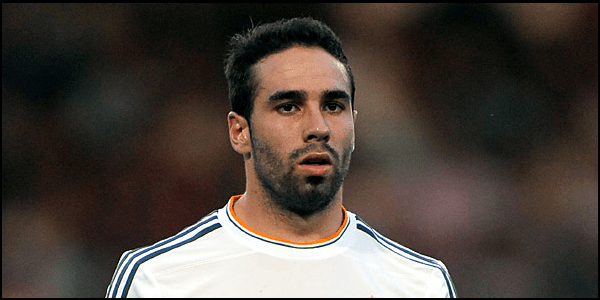 Carvajal didn't manage to play a single game for Madrid

And in comes the first signing. From Real Madrid, a replacement for Bacary Sagna has finally been found, and just in time. Costing £7.5 million, Bould has bought in 21-year-old Spaniard Dani Carvajal.

Carvajal started out at Real Madrid, but after switching between Madrid and Castilla, found a £4.1 million move to Germany go ahead, joining Leverkusen. Featuring regularly, Carvajal became a fan favourite and had made his mark on football. Real Madrid then activated the buy-back clause placed in his contract and purchased Dani back for £5.5 million.

Real Madrid were unable to play the defender, but did make an easy £2 million profit on the player, known for his pace down the wing, and tackling on the back line.

Dani Carvajal will be on £30k a week with a contract expiring in 2016. 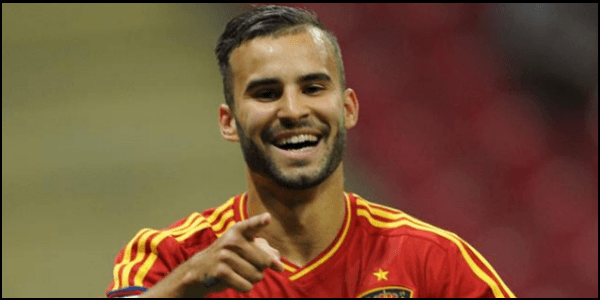 Jese has joined Carvajal from Real Madrid in London

Jese will be the next player off to London, joining Carvajal from Real Madrid, for a slightly larger fee of £9 million. Having become one of the biggest names in the Liga BBVA, the 20-year-old was wanted by many clubs, including Atletico Madrid, Juventus and Chelsea. Nevertheless, the contract was accepted by Jese, who took the number 9 shirt.

Having played his whole career for Real Madrid, 4 years with Real Madrid and 3 years with Castilla, Jese has played almost 100 games scoring nearly 50 goals, showing his talent as a youngster already.

Fans are delighted with the new signing, who is expected to act as backup to Olivier Giroud, but is a player who could certainly battle for the first-team place. 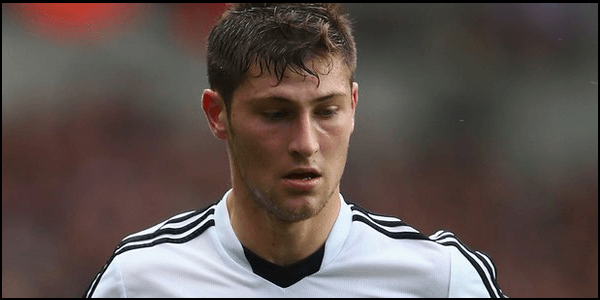 Ben Davies has been announced as the third signing of the hectic Transfer Deadline Day for Arsenal. The 20-year-old had only recently broken into the first team of Swansea, but managed to play 37 times during the 2012/13 campaign, earning interest from some of the biggest clubs in England.

The £8 million move to Arsenal has severely disappointed Swansea fans, but Arsenal fans are delighted to have the Welshman joining, who will fight with England international Luke Shaw for the predominant left-back role.

Davies signed for Swansea in 2009, but only managed to feature for the team last season, meaning the move has shocked him, as he told media he had earned a dream move so early in his career.

With two signings left to be announced, Steve Bould will be wrapping up contracts so he is able to announce the remaining players soon!
Login to Quote

paperroute
8 years
Nice one, hope Januzaj will have a great impact! =)
Login to Quote

paperroute: Thank you, he should be starting regularly so I hope so.
Login to Quote

patrick1: I did want Morata originally, but they wanted £45m, which I got down to £23m. They simply wouldn't budge any more, and he wasn't worth that much in my opinion.
Login to Quote

Kane
8 years
Pauker: I have actually got another Real Madrid player coming in next! I'm not too sure with Monreal. I won't be transfer listing him, but if an offer comes in for the remaining 2 days I'm likely to accept, if not he will get the odd game.
Login to Quote

Goonerkev1986
8 years
Have been using FMscout for years but only just stumbled across these stories, absolute genius, am a massive gooner Kane, controversial signings but we always back our managers, don't let us down!

dan4rmnaija
8 years
Going great, nice updates as usual...I'm really really enjoying this. But don't you think those were too many transfers? Well as long as results are produced it doesn't really matter, does it? Can't wait for matches to start, as a Man U fan, i wanna see how januzaj performs.
Login to Quote