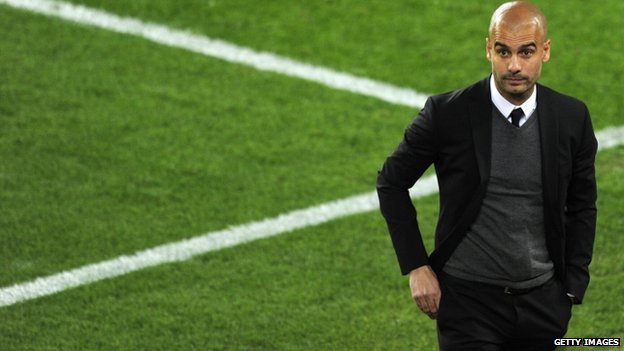 
Pep Guardiola believes there are as many as eight sides who are realistically in the hunt for the Bundesliga title, as only 5 points separate Bayern Munich and 8th placed Augsberg.

Bayern started the season in indifferent fashion, mustering up a sequence of disappointing draws, but a run of poor form from Dortmund and Schalke allowed Guardiola's side to return to the Bundesliga summit.

"It is wide open" claimed Guardiola at his Friday morning press conference.

"Not only is it the strongest league in the world. It is the most unpredictable. We are in joint first position with a newly promoted side who look very strong. Bayer Leverkusen are in the Champions League but have slipped down to 12th place. Hamburg were in the relegation zone until 2 weeks ago, when they leapt up to 9th place. It is so tight."

"It would be foolish to write anyone off. There is room to recover. Anyone can beat anyone and everyone is vulnerable."

When asked on his prediction for who would be crowned Champions next May, Guardiola responded "It is impossible to predict, but I will give everything I have to keep the title in Munich. But it will be tough. We will be firing on all fronts, gunning for the Pokal and the Champions League"
Login to Quote

You are reading "Hertha BSC - A cold, wet Tuesday night in die Hauptstadt".