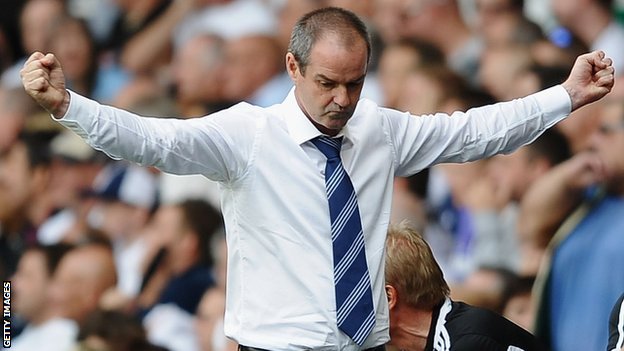 Today, West Bromwich Albion manager, Steve Clarke, announced his retirement from football management. Baggies' supporters were left in shock after Clarke revealed in a press conference that he would no longer be a manager. At the age of 50, he isn't exactly one of the oldest managers on the scene, but age was not the reason behind his retirement.

Steve Clarke left West Bromwich to pursue his dream career of fire-fighting. Since a child, Clarke has always wanted to be a firefighter, and now, he has decided to finally follow his heart. The former Albion boss has joined a small fire brigade in the West Midlands where he will start to follow his childhood dream. He said to reporters during a press conference with the club,

“I don't want the fans to think that this is because of any kind of falling out with the club. I have loved every moment at The Hawthornes during my year in charge. I am glad that I was able to bring a smile to the face of the fans, after a very successful season for me and the club. West Bromwich will always have a place in my heart as the team that I managed during my only proper management tenure. Leaving the club really isn't the sort of thing that I want to do, but football management was never something I grew up wanting to do. Since I was a small child I have always wanted to be a fire fighter. I feel like because of my age, this will be my last chance to pursue my dream. I want to take this opportunity to thank the club for all the support they have given over the past year, and wish them good luck for the season ahead!”

Steve may of started out wanting to be part of the fire brigade, but he grew up with another hobby. Football. From the age of 19, Steve Clarke played for Scottish football team, St Mirren where he made 200 appearances during his five years as a defender at the club. In 1987, Clarke moved to English club, Chelsea where he spent the last 11 years of his career, making a total of 330 appearances. He played for Chelsea up until he retired as a player in 1998, at the age of 35. After that he had jobs at; Newcastle, Chelsea, West Ham and Liverpool. However non of them were as the clubs actual manager. It wasn't until 2012 that Steve got his first proper job in charge of a club. That club was West Bromwich Albion, where he brought the team to an impressive, 8th place, with 49 points.

Candidates for the job include; former manager, Roberto Di Matteo, who is currently unemployed. Tony Pulis, who is also unemployed after he left Stoke City. Favourite for the job however, is current Norwich boss, Chris Hughton, who is reportedly unsettled at the Canaries.
Login to Quote


Norwich City manager, Chris Hughton (above), announced that he doesn’t want the job.

Norwich City manager, Chris Hughton, publicly announced in an interview with the club that he doesn't want the West Brom job that was made vacant last night by the departure of Steve Clarke.

“I know that there has been a lot of rumours lately that I am unsettled at the club, and will probably be leaving in the near future. I would just like to say that I am happy here at Carrow Road, and, ideally, I won't be leaving any time soon. It is true that there were some difficulties in my contract negotiations with the club. But they were pretty quickly sorted out, and I am now here to stay. I have to say that I was a bit flattered by the interest. West Bromwich have a strong team, and are a club that are definitely going places. I would like to point out though, soon Norwich will be climbing up the table. Salvaging every single point we can get. I would like to thank West Brom for the interest, but I am happy at Norwich City.”

Norwich fans are jubilant with Hughton's decision to stay at the club, after a good last season for the club. So far, the Canaries' supporters are very content with Chris Hughton's management of the club. Now that he is out of Albion's sights, they will be looking elsewhere for Steve Clarke's successor. The club will be looking even harder now that it is currently mid-july and once a new manager comes in, he will need time to make transfers. West Brom will, however have the signings that Steve Clarke managed to seal before he left.
Login to Quote “Mario (Been) is a great manager. I believe that he has the managerial abilites to lead this club to glory. He may not have many titles under his belt. But I can see that he has the potential ability to become a legend at the club. It will be a big change for him, since he can't speak English as of yet and he has never managed in England. But that doesn't mean that he is a bad manager. I mean, look at Southampton's manager, Mauricio Pochettino. He needs a translate with him, but he is still a talented manager. I hope that the fans can get behind me on this one and cheer their new manager on!”

Mario Been joined Genk on August 30 2011 and has only won one trophy, with that being the Belgian cup last season. Despite that, Genk reached the knockout stages of the Europa League for the first time, ultimately getting beat by German football team, Stuttgart. Genk finished 5th that season.

Been started his football career as a player in the youth academies of Feyenoord. His spent more time there than anywhere else during his career. Gaining 137 appearances and 53 goals as a midfielder in the 6 years he spent at the club. Eventually he moved on to Italien club, Pisa Calcio where he made 62 apps and scored 6 goals in 3 years. He then moved back to Holland where he played for Roda JC for under a year and then Heerenveen until 1992. Been then went to Austrian club, Tirol Innsbruck where he spent another year. And for the last two years of his career, Mario played for Dutch team, Excelsior.

After that, Mario Been moved his career onto football management. He was the assistant at Feyenoord before moving to Excelsior, then N.E.C, then back to Feyenoord as the actual manager and then finally to Belgian football team, K.R.C Genk.

It's now up to Been to prove that he deserves to manage in the top flight of English football.
Login to Quote

You are reading "Mr Been's Road To Glory".