In this two months we only played 3 matches, and the players pretty much ran out of form...and this was reflected in the result against Aigaleo. 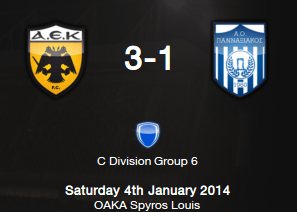 A very good performance from all our players in this game, also the new signing Freitas played his first game for us, being introduced in minute 65. 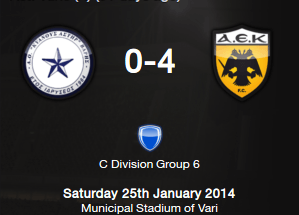 The performance in this match was very good, we had a lot of goal oportunities, and oir youngster labros scored a double. 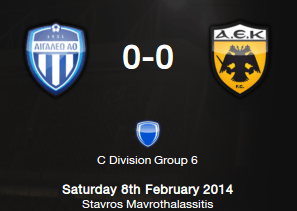 After 14 consecutive wins, a new league record, Aigaleo managed to get a point from the game.But we are still undefeated from 15 games.

My Player of The Month - Dimitris Grontis


This time the award was give for two months period because we only played 3 matches in that time and the winner is our left midfielder, Dimitris Grontis! He scored a goal, made 3 assist in this 3 games and was our best man!


This time the bigegst amount of money were spent by Moyes, who buyed pastore from PSG for a fee of 33 M euros! This year the award went again to Messi, second place to hazard and third to van Persie. The biggest surprise is that Ronaldo didn't finish in the first 3 coming on four place!
Login to Quote

shylax
8 years
1. So I assume your team is stronger than usual for the third division? (Kind of like Rangers in Scotland.)
2. That's a huge stadium, I hope you own it and don't have to pay rent.
3. Very nice results so far. How many automatic promotion slots are there?
Login to Quote

1. I have some old, very good players for this division, but I don't use them all and I want to sell them, I am using just young prospects, because I want to raise them and sell them.

3. Just first place is promoted and thank you!
Login to Quote

bebero
8 years
Aigaleo was lucky you did not manage to score, good luck, I want to see you promoted!
Login to Quote

What a month we had! In four matches played we scored an impressive amount of 18 goals...we have two great striker, Labros and Popovic, one very young and the other one with a lot of experience behind him.
Only 6 matches to go and we have a 16 points advantage from the second place, but I still want to finish the season without any defeat from this 6 games. 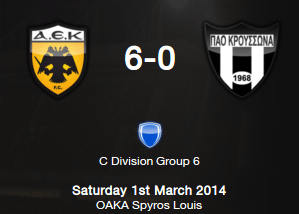 We dominated the opposition clearly with 68% possesion and they only had one shot..beside that, Popovici was amazing as always, scoring 4 goals! Against Peristeri, the last team in the league table, I used our reserves and players from the youth team and we still scored 4 times. this means that we have some very good young players too! In the third game of the month we scored again 4 times. Our striker had a very good game, Labros scoring a kattrick and Popovic scoring one goal. 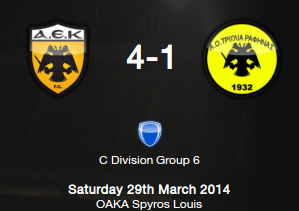 Freitas scored his first goal for us, after a very good month in which he had some assists!

My Player of The Month - Labros Thanailakis & Michael De Freitas


This month was a tie! On one side, Labros scored agains many goals and had very solid performances but on the other side, our new signing Frietas, who played all the matches as a right midfielder (he being a natural left midfielder), made some assists and scored a gol!


Andreas Zikos, my head of youth developement, anounced me that there will be a very interesting youth cup in Athens so I should go there and see what I find.
I watched all the players, but two of them really impressed me, a left back and a right back.The left back it's very young and probably the next season will play at our youth team but the right back will be next season in the team, I have much confidance in him! They will join us in July.

Couragesand
8 years
They look like they could be good talents.
Login to Quote 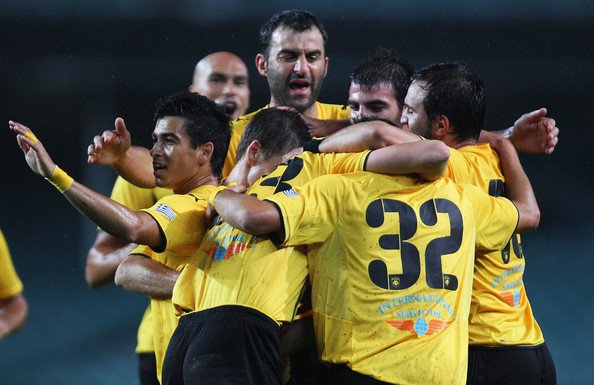 Yes, we won the third league and we won promotion to the second league, but I don't feel like we need to celebrate to much..we still have a long way until we reach the first league so we just have to keep working hard!
Now, in the summer break will be a lot of changes at the team, I will sell most of the old players an will try to bring new ones, younger and better!
I won't insist so much on the last 6 matches, as we were champions from the first one..O just want to thank our fans that camed at th elast match in a huge number of 25,000, that's a lot for the third league! 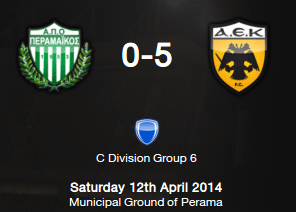 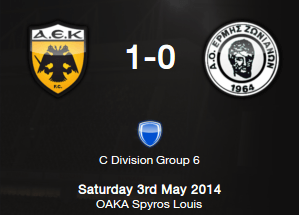 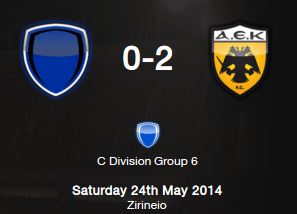 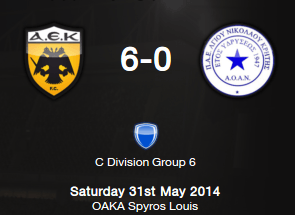 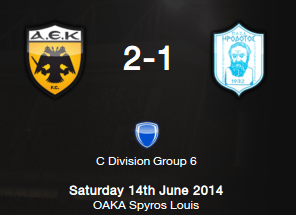 My Player of The Month - Stavros Stathakis


the last award of the season will go to Stavros, one of our central defenders, who helped us win so many games, he was brilliant all the season and deserves the award!


The board offered me a new contract and they said that are very happy with how the team performed this season and they apraciete my support towards the finances of the club!

jason_connolly1987
8 years
Well played pal, back challenging Olympiakos and Pana in no time!

Slid3Tackle
8 years
@jason_connolly1987 we still have a hard season in league two until we reach the top league.

@bebero Thank you! I will need luck to find good players!
Login to Quote


This season, Europa League was very odd..they were very weak teams playing and even from the second league, like Wigan, but there also were some great teams, like ones that came from Champions League.
As soon as I found out that Dortmund and Barcelona are out of Champions League I was pretty sure that one of them will win Europa League and I was right! 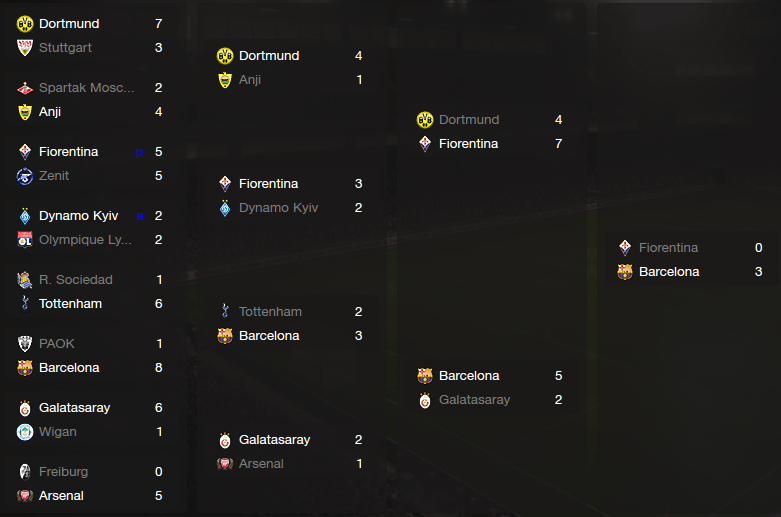 
So, if Europa League was odd, then you have to see this: Ajax winning Champions League...with a so young and unexperienced team...just incredible! This is why we love football, for surprises like this! 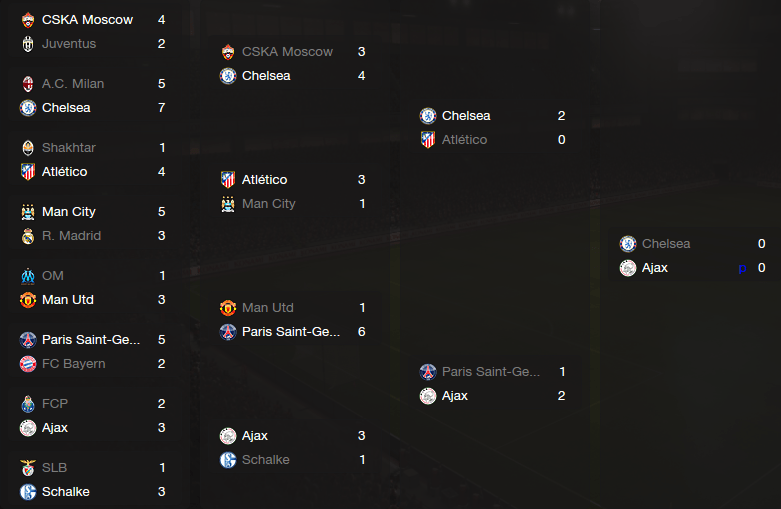 
This year, all the competitions had huge surprises...after Europa League and Champions League now the World Cup. Who would ever imagine that Portugal and Spain will not qualify from the group stage?? and then Ecuador reaching the final of the World Cup and Bosnia the semi-final?? What the hack happened with football?? 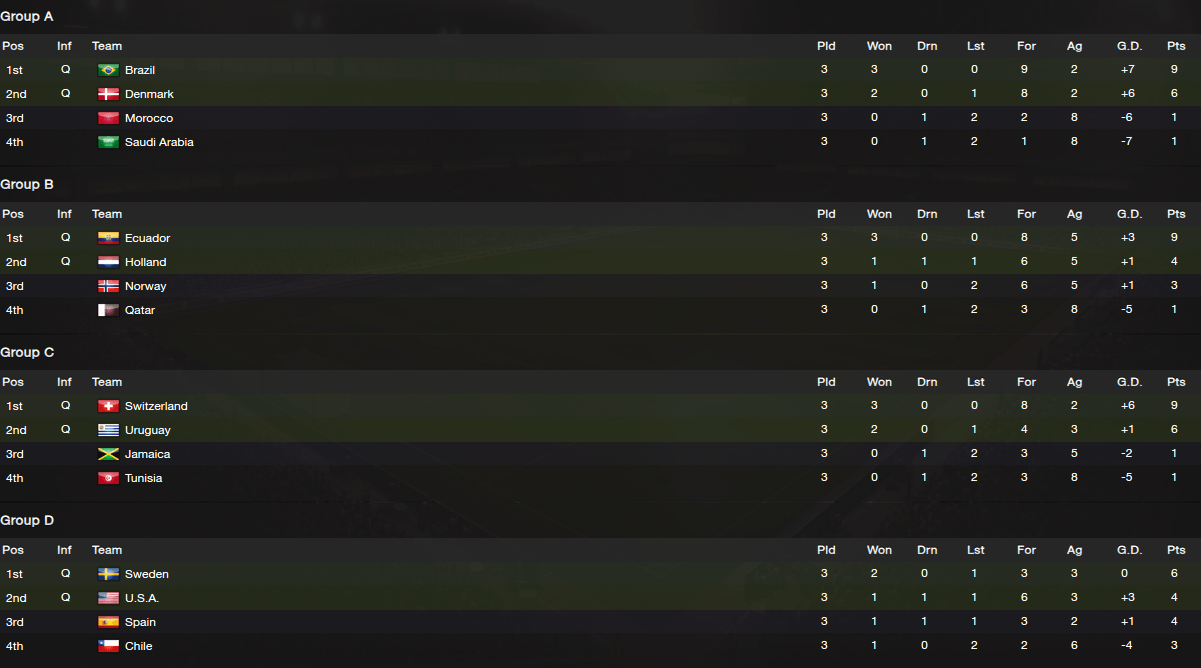 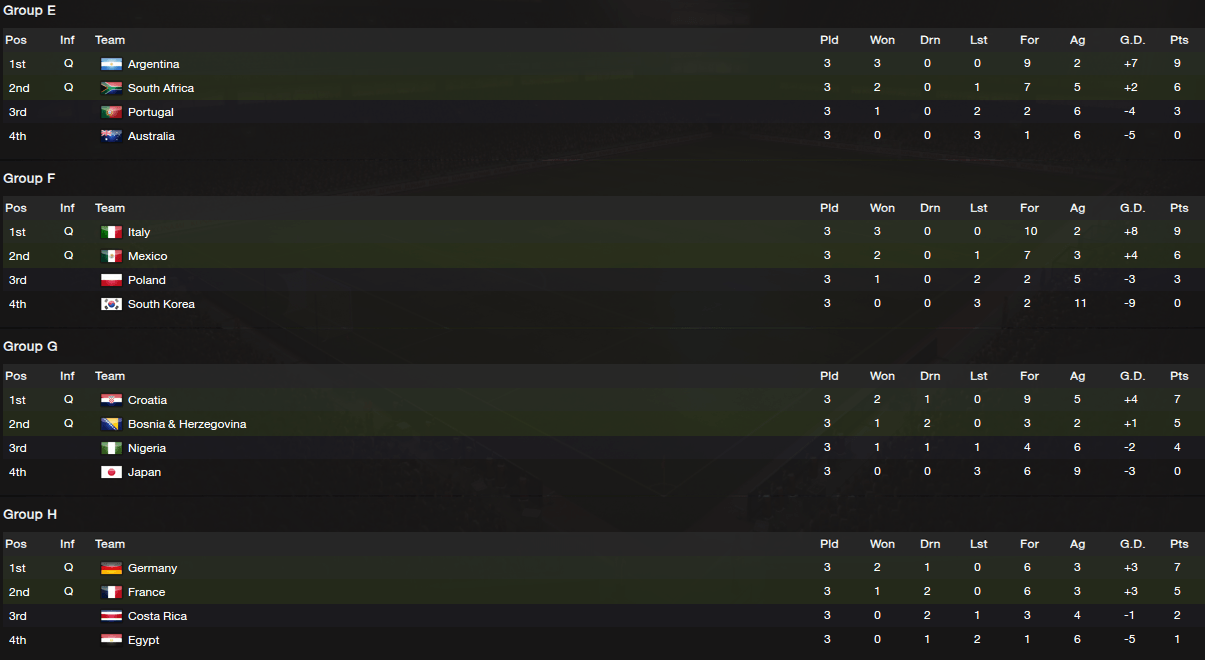 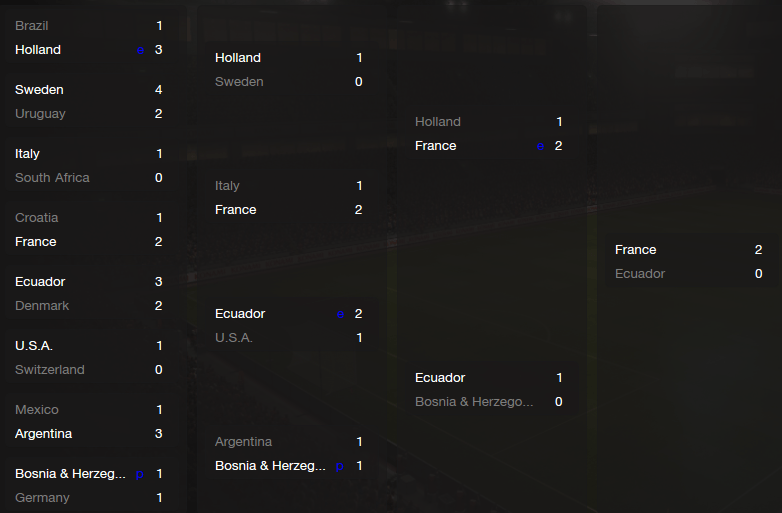 No1VillaFan
8 years
As normal your updates are ACE and i love reading this story, doing good too
Login to Quote

bebero
8 years
What quickly out Spain and Portugal from the competition.
Ajax made ​​bigger surprise when they beat PSG