Neal
8 years
Yay his name is Gus
Login to Quote

Walter
8 years
Good luck to him, got a god awful squad

jason_connolly1987
8 years
Awww I thought this was a real update

Is The Party Over For Cuellar and Larsson?


Sunderland have got a bid for Carlos Cuellar with both Crystal Palace and Lokomitv Moscow bidding at the half million price, according to Goal reporter Kris Voakes. After a week on the tutelage of the new manager at Sunderland, Gus Poyet, the Spanish defender has been made available, after the Uruguayan native has been disappointed with his work rate, according to a club source.

Poyet, along with the Sunderland staff, would prefer Cuellar moving to the Russian club, instead of selling him to a league-rival, which could prompt the player and the club having a reunion at least twice over the season. With the price tag at a low £575,000, it seems that Poyet wants to free up funds as soon as possible, in order to bring a replacement, or even strengthen another area at the club. Even though the player signed for the Black Cats last season, it seems that he will be let go as early as next week, with Lokomotiv his most likely destination. 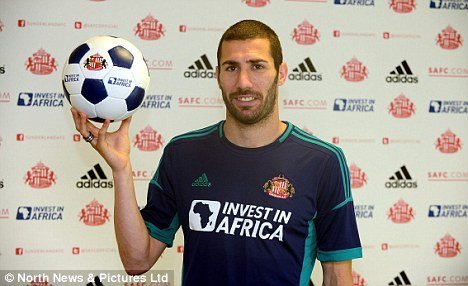 Cuellar during last year's announcement of the club's sponsor, Invest in Africa.

Yet, Cuellar isn’t the only player who has been made an offer. Earlier this week, Cardiff officials were sent to Newcastle, to negotiate a deal for Swedish international Sebastian Larsson. With Larsson’s contract at Sunderland coming to an end by the summer of 2014, Cardiff might get their target at a cut-price deal. However, Gus Poyet, who is trying to ‘improve the club’, is not willing to sell the player, unless a great offer would come, which would be around the £4-6 million mark. 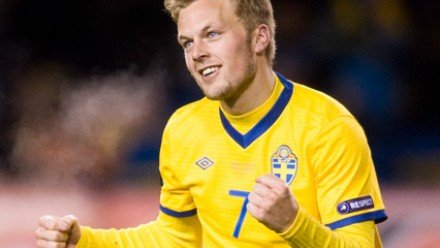 Sweden's #7 could leave the club for Cardiff.
Login to Quote

Earlier this week, Cardiff officials were sent to Newcastle Sunderland, to negotiate a deal for Swedish international Sebastian Larsson.

Jer
8 years
@Jason: I comment to the people that comment, then make a quick update. Cuellar and Larsson's sale could give me about 4-5m (combined btw) and 70k+ wages

@Walter: I agree, but Cuellar would've contested a 1st team spot if he didn't leave :s. Larsson is a bit overrated, with his only good stats being fk taking and crossing the ball.

@Pompey: Yeah, it'll be tough since he's on his last year of his contract.

@James: Thanks James, appreciate it.
Login to Quote

After heated negotiations with Cardiff, it is understood that Sunderland player,Sebastian Larsson, will depart the Stadium of Light for Wales, with the announcement to be imminent. The midfielder was under intense training since the arrival of the new Sunderland manager, something, he was not pleased with. The Swedish international’s contract is up at the end of season, and even though Poyet is understood to want to keep the player, but with the lack of ‘professionalism’ according to the manager, he is ready to sell the player. 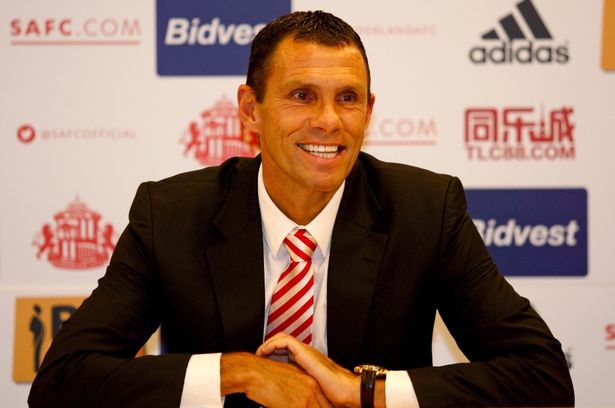 Even though the Uruguayan wanted the Swedish star to stay, he will be pleased with the fee.

With newly promoted Cardiff City interested, it remains unknown whether both the club and the player himself have agreed on fees, with Sunderland boss, Gus Poyet, wanting to take full advantage of Cardiff's fresh budget, given by their chairman, Tan Sri. Malky Mackay, along a few other officials, were seen to be having lunch at Sunderland's midfielder, Sebastian Larsson, at Paprika.

The Cardiff manager will be happy to finalize negotiations with Sunderland for Larsson.

The player himself was quoted by The Sun, saying,”I’m unhappy by the way the boss has handled negotiations with Cardiff.” He continued,”I know that this perhaps could be my last season at the club, with my contract expiring at the season, and I still want to play in the top-flight, and with the starting eleven yet to be decided, I want a first-team role, in order to participate with my national team, Sweden.” The former Birmingham player finalized by saying,”Negotiations are back on track with Cardiff, after the talk I had with the boss earlier this week, so this is my official goodbye for the Sunderland faithful.” 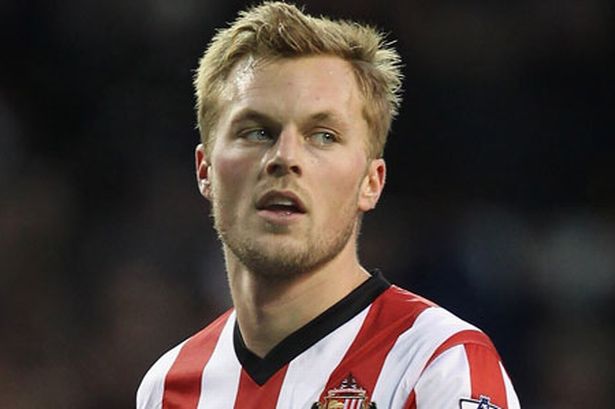 The midfielder will be moving for a fee of £4 million to Wales.
Login to Quote